Alexei Navalny calls on supporters to ‘take to the streets’

The 44-year-old has been detained for 30 days following his return to Moscow - the first time since he was poisoned in 2020. He said in a video clip released on Twitter after the ruling: “Don't be afraid, take to the streets. Don't go out for me, go out for yourself and your future."

Mr Navalny, an anti-corruption campaigner, had been detained on arrival at Moscow's Sheremetyevo airport on Sunday.

He had spent the previous five months in Germany recovering from novichok poisoning.

Mr Navalny has blamed Mr Putin for the nerve agent attack last August which almost killed him. The Kremlin denies involvement and says it has seen no evidence he was poisoned.

The pre-trial detention was a decision made after an hour long hearing in a police station in Khimki, near Moscow, which Mr Navalny described as the “highest level of lawlessness”. 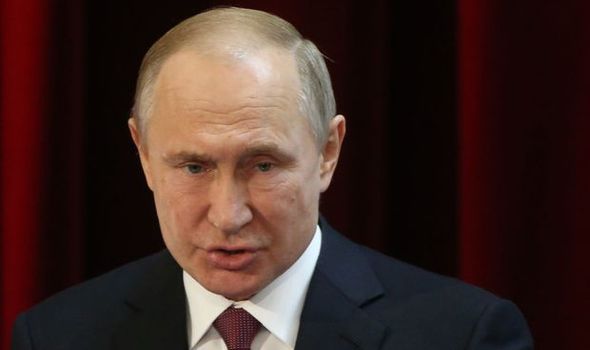 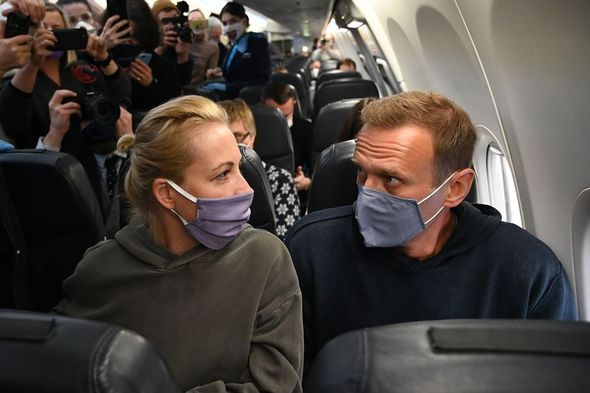 Russian opposition leader Alexei Navalny and his wife Yulia aboard the flight back to Moscow (Image: Getty)

The Kremlin did not respond to this but has previously indicated its belief that he should face justice for any potential crime.

He is accused of flouting the terms of a suspended prison sentence for embezzlement and will be remanded in custody until February 15.

A hearing on January 29 will determine whether his 3.5 year sentence should be replaced with a jail term.

Mr Navalny is leader of the Progress Party and founded the Anti-Corruption Federation. In 2018, he plotted a presidential election bid which was blocked by the Russian judiciary.

But he has millions of supporters and was nominated for the Nobel Peace Prize last year. 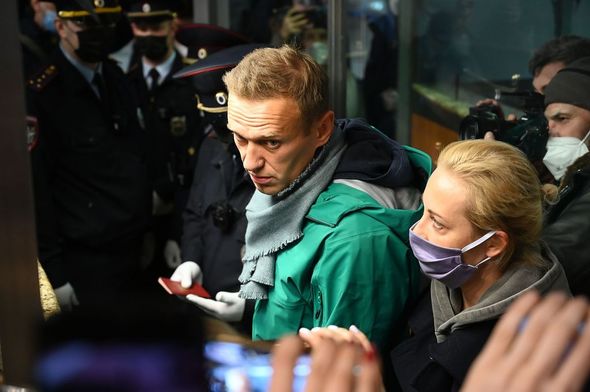 Alexei Navalny and his wife Yulia are seen at the passport control point at Moscow's Sheremetyevo (Image: Getty)

Around 10,000 demonstrators plan to rally in Moscow with further protests scheduled to take place across the nation on Saturday.

Foreign Secretary Dominic Raab said: “It is appalling that Alexey Navalny, the victim of a despicable crime, has been detained by Russian authorities.
“He must be immediately released.

“Rather than persecuting Mr Navalny, Russia should explain how a chemical weapon came to be used on Russian soil.”

The UN Human Rights office said in a Tweet: “We are deeply troubled by the arrest of Aleksei Navalny, and call for his immediate release and for his due process rights to be respected in line with the rule of law. 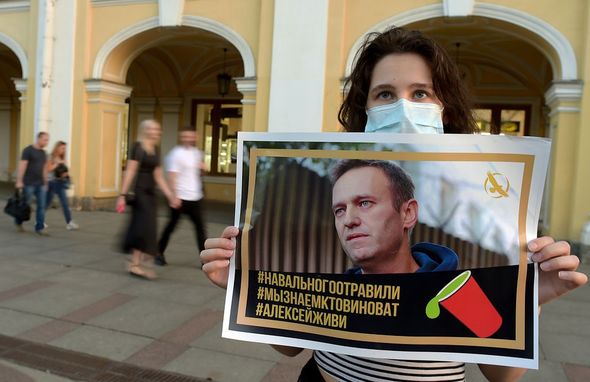 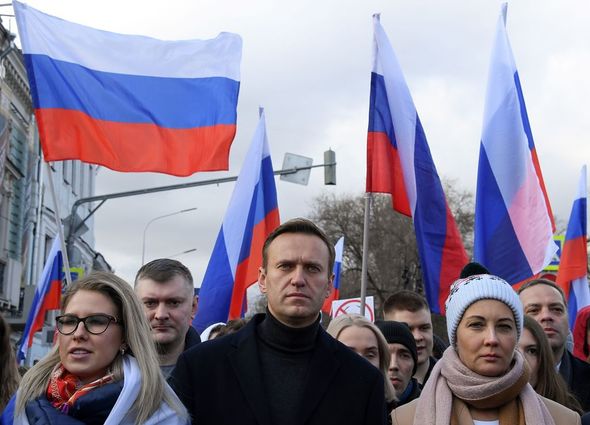 Alexei Navalny at a rally in February 2020 (Image: Getty)

“We reiterate our call for a thorough and impartial investigation into his poisoning.”

U.S. President-elect Joe Biden’s incoming national security adviser Jake Sullivan said following the arrest: “Mr Navalny should be immediately released, and the perpetrators of the outrageous attack on his life must be held accountable.”

Charles Michel, President of the European Council, said: “The detainment of Alexei #Navalny upon arrival in Moscow is unacceptable. I call on Russian authorities to immediately release him.”

A further 70 supporters of Mr Navalny were detained across Russia on Monday, according to Monitoring group OVD-Info.