Sophie and her husband, Prince Edward, the Earl of Wessex spoke with reporters after leaving a church service at the Royal Chapel of All Saints at Royal Lodge in Windsor this afternoon, with their daughter Lady Louise Windsor.

The Countess of Wessex said: “It was right for him. It was so gentle.

"It was just like somebody took him by the hand and off he went.

"Very, very peaceful. And that’s all you want for somebody isn’t it?”

Edward added that his mother the Queen was "bearing up" and that the Royal Family appreciated "the wave of affection" for the Duke of Edinburgh from the public since his death was announced on Friday.

He said: "That wave of affection for him and just those lovely stories. They just mean so much and the tributes have been just fantastic.

"That's really, really important and we really do appreciate it."

Sophe also mentioned the warm wishes that have poured in from around the world and said it had been "so lovely for so many people to learn about what he did".

She added: "I just think quite a lot of things that have come out will have surprised some people and how intrinsic he was to every element of society, if you look at it."

READ MORE: Prince Harry could be on collision course with Netflix

Edward, the Queen and Philip's youngest child, said his father's death had been "a terrible shock" but had revealed how much the duke meant "to so many other people".

"It's been a bit of a shock. However much one tries to prepare oneself for something like this it's still a dreadful shock," he said.

"And we're still trying to come to terms with that. And it's very, very sad.

"But I have to say that the extraordinary tribute and the memories that everybody has had and been willing to share has been so fantastic. 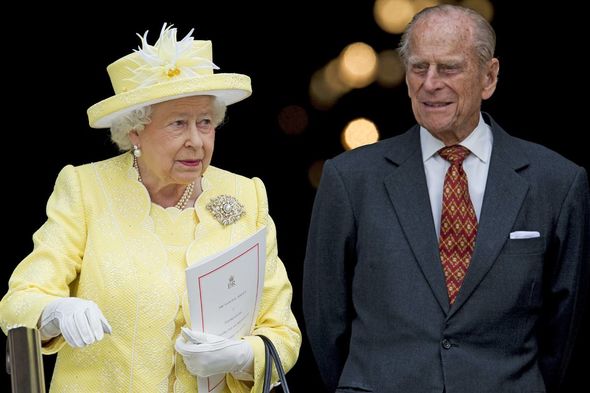 Philip sadly died on Friday peacefully with the Queen by his side (Image: GETTY)

"And it just goes to show, he might have been our father, grandfather, father-in-law, but he meant so much to so many other people.

"That outpouring from all over the world (is) very much appreciated, so thank you."

The couple recalled some of the scrapes Philip got into while carriage driving around the Windsor estate.

Smiling, Sophie said Philip had been "pulled out of a few ditches here I seem to remember as well".

Laughing, Edward said: "In the early days, yes, he used to have a few problems."