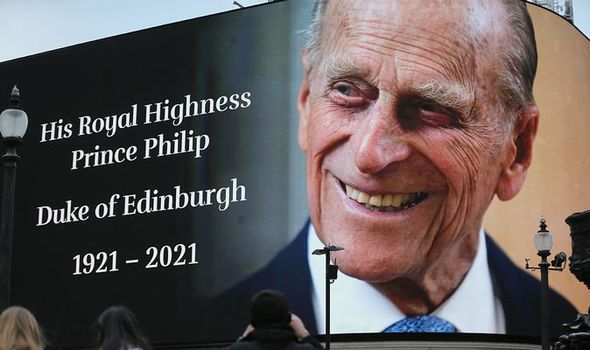 Prince Philip memorial: When will a moment's silence be held to honour Duke (Image: Getty)
Sign up for FREE now and never miss the top Royal stories again.

Queen Elizabeth II's husband of 73 years, Prince Philip is being mourned by Britons following his peaceful death at Windsor Castle on Friday morning.

The Duke of Edinburgh's funeral plans were signed off by the Queen on Saturday and despite being pared back due to the pandemic, the ceremony will be broadcast on national television so that people across the UK can watch.

On Saturday the Duke of honoured by gun salutes across Britain but many royal fans are wondering when a national moment of silence might be held in his memory.

Yesterday it was confirmed that a three-minute-silence would be held on April 17, the day of the Duke's funeral.

While the funeral will be a strictly private affair with a limit of just 30 guests in keeping with COVID-19 restrictions, people across the country will be able to honour the Duke by observing the planned moment of reflection.

The three-minute silence in Prince Philip's honour will be held from 3pm (BST) on April 17.

In reference to the private funeral plans, a Palace spokesman said: "While there is sadness that the public will not be able to physically be part of events to commemorate the life of the duke, the royal family asks that anyone wishing to express their condolences do so in the safest way possible and not by visiting Windsor or any other royal palaces to pay their respects."