Premier League chiefs met today to continue crunch talks with the EFL, PFA and LMA, amid the ongoing coronavirus pandemic across country.

With football across the Premier League and EFL suspended until April 30, that return date is expected to be pushed back further and the ECHO will have all the latest news and live updates throughout the day.

Thanks for following the updates today, we’ll be back with more news for you tomorrow, have a good night 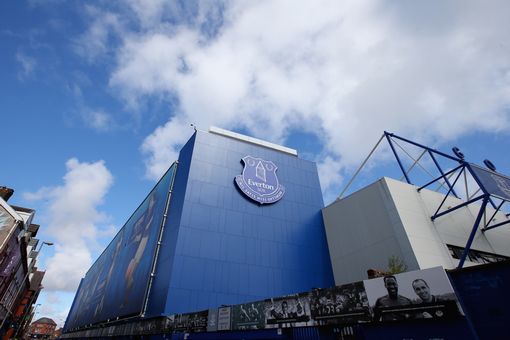 The latest Everton transfer rumours from around the globe including Gabriel Magalhaes, Andrea Belotti and Mario Gotze

Meanwhile across Stanley Park, the Reds have been linked with a move for Werder Bremen star Milot Rashica.

The 23-year-old Kosovar is primarily as a left winger, but can also play as a centre-forward or a second striker.

Bild report that Liverpool could expect to pay around £33million for Rashica but in the likely scenario that Bremen are relegated, the German side may have to settle for a lower fee for a has scored seven Bundesliga goals this campaign - on top of nine last term - for a side who lie second from bottom of the Bundesliga.

So we now know that unlikely early May resumption of football is off the table but transfer news never stops..

“Is Lozano a disappointment?” Arena Napoli report him saying.

“It’s not that something didn’t work out, he wasn’t doing very well, a knee problem held him back in the summer.

“He’s a treasure of Napoli, and in the future, he will show what he can do.”

Mind you, directors say a lot of things don’t they. We shall see.

Liverpool on course for title win after Premier League statement

Barcelona are prepared to take a 50% loss on Philippe Coutinho according to reports in a bid to sell the Brazilian this summer.

The playmaker joined the Catalans from Liverpool in an €160m move in January 2018 but has spent the season on loan at Bayern Munich after falling out of favour.

And with Bayern unlikely to sign him permanently, the Standard report bids in the region €80-90m will be entertained by Barca as they look to raise funds for new players this summer.

So still no sign of any word from this Premier League meeting.

Bernard has been offered to Roma according to reports in Italy.

According to LaRoma24.it, cited by Sport Witness, the Brazilian is one of a number of players under-consideration by the Serie A side after being offered to them.

However, Carlo Ancelotti is a fan of the 27-year-old which makes any departure unlikely unless the price was too good to refuse or Bernard pushes for it himself.

This is absolutely brilliant from Jordan Henderson.

The Liverpool captain is organising a Premier League Coronavirus crisis fund for the NHS that will run into millions of pounds report the Times.

He has spent the last few days contacting the captains of other Premier League clubs to pitch the idea.

Sadio Mane is the Premier League player of the season according to the Sky Sports audience.

Over 50,000 votes were cast and Mane scooped up 33 per cent of them, placing him just ahead of his team-mate and captain Jordan Henderson (31 per cent), with Manchester City playmaker Kevin De Bruyne (20 per cent) in third.

That trio were the main choices, with Liverpool pair Virgil van Dijk (five per cent) and Mohamed Salah (two per cent), way back in the standings. 'Someone else' was an option selected by nine per cent of voters.

More on that UEFA letter to the major European leagues now.

Written with the European Clubs' Association and the European Leagues urging domestic bodies not to abandon their competitions, leagues across Europe have been warned that ending competitions early could result in them forfeiting Champions League and Europa League places report BBC Sport.

Premier League return date to be pushed back

The restart date for the remainder of the 2019/20 Premier League season will be pushed back even further on Friday, according to BBC Sport.

All 20 of the division’s clubs will meet via a conference call on Friday as the Premier League holds its latest stakeholders meeting and it is accepted by everyone that it will be impossible for games to resume at the end of this month, despite a restart date of April 30 being set a fortnight ago.

The Premier League may have to push the restart date back into May or follow the blueprint that has been set out by France and Spain, who have both confirmed that their respective leagues have been suspended indefinitely.

Martin Tyler doesn't enjoy commentating at Liverpool home games as much as he used to. 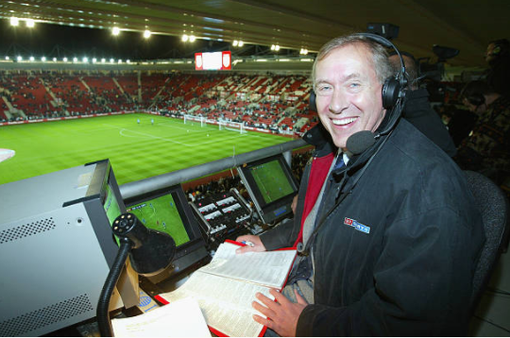 The Sky Sports commentator has said the former Anfield gantry was the 'best in the world' before the Main Stand's redevelopment in 2016.

And the 74-year-old is not keen on his current position in the ground.

Rivaldo has called for Richarlison to be allowed to play in the rescheduled Olympic Games - in a move that would case Everton a major headache.

The Tokyo Olympics have been pushed back until next year because of the coronavirus outbreak.

Richarlison wanted to play in both this summer's Copa America and Olympics but Everton were due to hold talks with the forward over fears of burnout and missing the start of the new season.

The £35m signing will be 23 by the time the rescheduled Games take place and so could miss out with teams only allowed to field three players over that age.

But Rivaldo says the rules must be relaxed, allowing Brazil to take the same squad they were intending to send to Japan this summer.

Phil Kirkbride has the story HERE.

Let's have a Liverpool rumour now...

Liverpool have shelved all transfer and contract negotiations due to the ongoing uncertainty around the Coronavirus pandemic report the Daily Mail.

The Reds' decision places a potential move for Timo Werner in doubt with his release clause set to expire at the end of the month.

It also means Gini Wijnaldum will have to wait to find out if he will be offered a new contract as he faces the prospect of becoming a free agent as he heads into the final year of his current deal.

Meanwhile, Dejan Lovren's future has become clearer according to the report.

The Mail claim Jurgen Klopp is happy to retain the Croatian's services as back-up for the final year of his contract with no discussions to extend his deal previously taking place.

Who fancies some transfer rumours while we're waiting for this Premier League meeting?

Good! Let's start with an Everton one...

The Blues were linked with both Gareth Bale and James Rodriguez earlier this week, so reports in Spain have decided to combine the two and carry the story again.

Marca, cited by the Daily Mail, claim Carlo Ancelotti is keen to reunite with both players and tempt them to joining him at Goodison.

The Italian is convinced that he can get both to sign for Everton despite Bale being quite happy to stay put in Madrid.

Big claim, this. The wages to land one of the two would be astronomical but both?! A Football Manager fantasy.

This is a brilliant gesture from Liverpool legend Alan Hansen.

He is is teaming up with the owner of Otto’s restaurant to put on a free dinner for NHS workers after the Coronavirus crisis is over.

Love this from the Everton goalkeeper!

Joao Virginia is helping young goalkeepers stay sharp while football is on hold with these drills from home.

Schalke did not buy Todibo from Barca for 25 million euros
Jurgen Klopp: Liverpool are still not Champions. We need to work hard
Lorenzo Pellegrini-Totti's heir and the new king of assists. It revives the role of playmaker under the striker
5 players and 2 coaches of Barca got sick with coronavirus. There were no symptoms (RAC1)
Liverpool can allow Brewster and Wilson to remain on loan at Swansea and Bournemouth until the end of the season
Everton can offer 30 million euros for Allan
Arsenal offered Aubameyang a contract until 2023, the salary is the same – 12 million euros
Source https://www.liverpoolecho.co.uk/sport/football/football-news/premier-league-meeting-live-everton-18033697