PRANKSTERS dressed up in creepy 'plague doctor' costumes have been spotted across the UK.

Cops in Gloucester are investigating one of the sinister figures seen scaring children near a duck pond.

Officers said they want to offer advice on the 'appropriateness' of their outfits - considering the worldwide pandemic.

On Sunday, a freaked out member of the public posted a snap of one of the jokers.

She warned people that a man was wearing a plague doctor costume in Saintbridge near Coney Hill.

The disturbing costumes are replicas of what plague doctors wore when they treated people for the Bubonic Plague in the 17 century.

Chloe, from Coney Hill, said: "I was there chilling at the duck pond on Sunday and I saw a man when I was walking on top of the bridge.

"He was talking to the kids, and one child ran off because they were so scared.

"The group of children were very young and small, the one who ran off must have been about 10 years old."

The man has been spotted wearing the mask and a long brown overcoat.

In the 17th century, European plague doctors tended their patients while wearing a long black cloak and a bird-like mask.

The headpiece served as protection to the doctor from the foul odours associated with the plague.

The top of the beak was filled with substances which included lavender, camphor or vinegar sponge, which was thought to ward off the disease.

A Gloucestershire police spokesperson said: "We are aware an individual has been seen wearing medieval style costumes in and around Gloucester.

"While it is not an offence to dress in this way, we will be looking to speak to the individual to give advice on the appropriateness of the costume at this time."

Since the spread of Covid-19, plague doctor costumes have appeared several times.

Terrified locals in Norwich reported a prankster wandering in a long black cloak and a pointed beak-like mask to police in April.

Norfolk Police later unmasked the ghoulish figure as a local teenager who had dressed up in the outfit as a joke.

Cops said they spoke to the teen about the 'consequences of his actions'.

Danny Buck, a historian at the University of East Anglia, said: "The police believe local residents are finding it disturbing.

"If the person wearing the ‘Plague Dr’ costume is seen out and about in Hellesdon, please contact police at the time.

"A unit can then be dispatched and attempt to locate and identify this person."

Plague doctors believed filling their masks with perfume and herbs protected them against the Black Death.

The masks also acted as a filter against the disease which killed hundreds of thousands of people across the world. 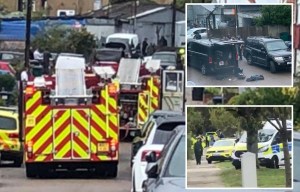 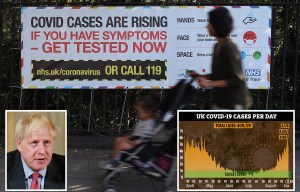 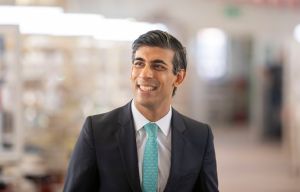 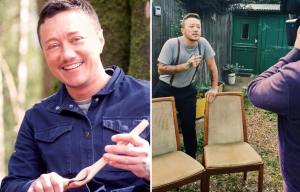 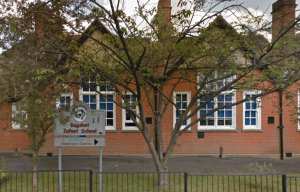 He was seen in a local supermarket where he tipped his hat to people as he passed by.

A plague doctor fan was seen in Hyde Park in July during an anti mask protest.

Father Courtois: Keylor Navas was not a good teammate. When he left for PSG, everything became easier
Ter Stegen trained in the General Barca group. He hasn't played since August
Vardy has scored 7 goals in his last 6 games, 5 goals from the penalty spot
Zlatan did not score 2 of the last 3 penalties. Milan forward hit the post in the match against Sparta
Benzema spoke to Vinicius about the words at half-time of the Champions League match. They settled the issue
Barca defender Araujo injured his biceps femur
Neymar is out for three weeks due to injury. He will miss the match with Leipzig in the Champions League
Source https://www.thesun.co.uk/news/12750028/police-probe-creepy-plague-doctor-sightings/