LEFT-wingers love to see themselves as caring people.

Cocooned in their bubble of righteousness, they think their brand of politics reflects their compassion and tolerance.

They tell each other that their outlook is inspired by humanity, whereas the nasty Conservatives are supposedly driven by selfishness.

But it is precisely this sense of moral superiority which feeds a spirit of cruelty, the very opposite of the values they proclaim.

More than 70 years ago, the controversial Labour politician Nye Bevan notoriously described the Tories as “lower than vermin”.

That attitude is even stronger today, magnified by social media which gives radicals an outlet to hurl abuse at their opponents - condemning them as "bigoted and xenophobic", and even seeing illness and children as fair game for attacks.

The barrage of aggression and intimidation is relentless.

A vicious mood of witch-hunting has gripped this political culture, filled with accusations of racism, bigotry, transphobia, prejudice and homophobia against anyone who dares to challenge the fashionable dogma.

From campaigners who portray themselves as more considerate, more decent than anyone else, the sheer viciousness is extraordinary.

Even a form of disability can be used as a weapon to mock and humiliate – as I have learnt from my own experience.

Parkinson's has cast a shadow over my life

Last year, I was diagnosed with Parkinson’s Disease, the degenerative condition which impairs the body’s movements.

Although I have tried to be stoical, especially during the coronavirus crisis when so many other people faced far worse health problems, I cannot deny that the onset of disease has cast a shadow over my life.

At the age of just 57, I increasingly resemble a far older man.

Permanently stiff and tired, I can no longer walk properly but just shuffle a few paces while grimly holding on to my stick.

Most days, I take a nap, and heavy doses of medication.

Fortunately, having been a writer for 25 years, I can still work in this field.

Indeed, even after my diagnosis last autumn, I had a 750-page book published about those two great Prime Ministers - Winston Churchill and Clement Attlee.

I have also been able to keep up my journalism. Among my recent articles have been a couple about my experience of Parkinson’s.

But it was another, more political, piece which gave me an insight into the twisted mindset of some so-called liberals.

My disability ridiculed by left-wing abusers

Against the backdrop of the surge in migrant crossings of the English Channel, I wrote a newspaper column to denounce the feebleness of the Government’s border policy.

The idea of tough border controls is despised by the pro-EU brigade.

Writing on Twitter, under the name 'Laurence in the EU', he said: 'Sadly Leo McKinstry’s Parkinson's seems to have affected his brain function, though it is hard to tell'

They are eager to smear Brexiteers as narrow-minded, insular, stupid or even deranged.

One Remainer certainly felt that way about me after my article appeared.

Writing on Twitter, under the name “Laurence in the EU”, he said: “Sadly Leo McKinstry’s Parkinson's seems to have affected his brain function, though it is hard to tell.”

The hypocrisy would be laughable were it not so offensive.

“Laurence in the EU”, who went to public school and describes himself as a “former physicist” with a “Phd”, is always keen to emphasize both his cleverness and his empathy.

He rages against “the uncaring, malevolent incompetents” in Government, while on the migrant Channel crossings, he grandly declares that “the British need to be taught a lesson in humanity”.

But Laurence in the EU is the one who needs the lesson.

It is pretty low to attack someone for a serious disability and sneer at a neurological disorder.

So full of his understanding for migrants, he shows nothing but vile contempt for a disabled writer whose political views are different to his own.

Partisan politics is a gateway to cruelty

But personal insults are characteristic of this phoney humanitarian.

“You’ve eaten too many pies,” he tweeted about one female journalist, while he regularly calls Eurosceptics “Thickiteers”.

In one recent outburst, again demonstrating his disturbing obsession with physical fitness, he wrote: “Brexiteers aren’t able to cope with walking upright.”

In the same vein he enthusiastically relayed a tweet that described Brexit voters as “corpulent, intellect-free, bigoted and xenophobic”.

I can easily take the abuse from EU Laurence in my stride.

In the case of too many left-wingers, their loudly trumpeted caring credentials are just a sham, overridden by their partisan politics

Many commentators have endured far viler stuff over a sustained period.

But I do find it extraordinary that I should be targeted by him because of my vulnerability.

After all, progressives are fond of boasting about their commitment to the rights of the disabled.

At the General Election last December, Jeremy Corbyn’s Labour Party promised to “end the hostile environment for disabled people”, adding that Tory policy had been a “source of shame”.

But perhaps I should not be surprised.

Brexiteers are demonised as 'idiots' and “gammons”, working-class women as 'Karens'

In the case of too many left-wingers, their loudly trumpeted caring credentials are just a sham, overridden by their partisan politics.

Take this outburst from the achingly right-on writer Jack Monroe about Tory Prime Minister David Cameron, whose own father and son were both severely disabled.

She said: “He uses his dead son as misty-eyed rhetoric to legitimise selling the NHS to friends.”

That kind of creepy language is all too typical of the hardline snobs and zealots.

Brexiteers are demonised as “idiots” and “gammons”, working-class women as “Karens.”

On an even nastier level, anyone criticising the transgender ideology is likely to receive not only abuse, but even death threats.

The best-selling author J.K.Rowling is now a favourite target because of her defence of womanhood.

This is just a tiny selection of a flood of chilling character assassination.

And the net of hatred goes much wider. The Tory politician Esther McVey has been relentlessly hounded for years.

“We’ll do whatever it takes to put her out of her misery,” says one activist.

Infamously John McDonnell, Corbyn’s shadow chancellor, called McVey “a stain on humanity” and highlighted calls from fellow left-wingers that she should be “lynched.”

It was the same McDonnell who once said that he wanted to invent a time machine so he could go back and kill Mrs Thatcher, while he also boasted that he dreamt of “garrotting” Liberal Democrat Danny Alexander.

Witch-hunt culture is a danger to democracy

So many on the left, like Mr McDonnell, are consumed by hatred because they define their own virtue not by deeds, but by their politics.

Goodness stems from beliefs rather than actions, so the more intense the political passion, the greater the morality.

This development is very dangerous for our society. It is creating a climate of fear, destroying essential liberties, obliterating free speech, fomenting division, and promoting toxic identity politics

In this bizarre way, anger is actually a sign of their understanding, intolerance an indicator of their desire for justice.

So a pro-EU zealot ends up in the ethically inverted position of attacking a Brexiteer’s disability in order to parade his own compassion.

This development is very dangerous for our society. 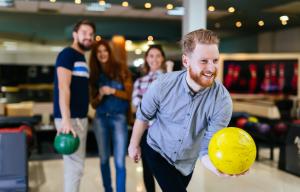 Almost all historic revolutions, from Robespierre’s in 18th century France, to the Bolsheviks’ in 20th century Russia, have resulted in terror after the radicals imposed their dogma in the name of humanity.

We must not take a single step in this direction.

As the pioneer of Parliamentary democracy and equality before the law, Britain has long been a land of freedom - not oppression.

Jose Mourinho: what happened to Dyer is not normal, he was dehydrated. If the League management doesn't care about the players, I don't
Jose went berserk twice during the match with Chelsea: ran over Lampard and ran to look for Dyer - he rushed to the toilet right during the game
Lampard on relegation from the League Cup: we Need to keep a positive attitude. Everything will come if Chelsea score second, leading the score
Call of nature, what can you do? Dyer explained why he ran to the dressing room during the match with Chelsea
Mourinho and Lampard shook hands before the penalty shootout. In the first half, they had a fight
Dest arrived in Spain to complete a transfer to Barca
Lionel Messi: I Am responsible for my mistakes. I wanted Barcelona to become stronger
Source https://www.thesun.co.uk/news/12391885/leo-mckinstry-parkinsons-disease-woke-trolls-fair-game/