CARA Delevingne looks betwitching in black as she joins a who’s who of modelling to show off Rihanna’s lingerie range.

She teamed a graffiti bra and pants set with a blonde wig, waist bling, vampish nails and look-at-me face marking.

She spun around at the LA show to reveal an equally impressive rear view, too.

Paris Hilton joined in the fun, hosted by Amazon Prime Video at the Los Angeles Convention Center, in a peachy, cutaway body with matching fishnets, sleeves and sunnies.

She posed with singer-actress Willow Smith, in moody black with suspenders and slouchy top.

Supermodels Irina Shayk and Bella Hadid also opted for black as they strutted their stuff.

Others on the catwalk included singers Lizzo and Normani.

S&M singer Rihanna, who held court in a leather coat, said of her show: “Inclusivity has always been a part of our brand. That’s not a ‘right now’ thing. 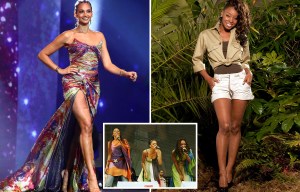 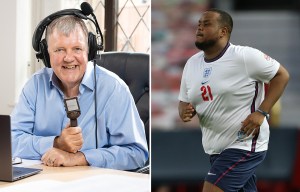 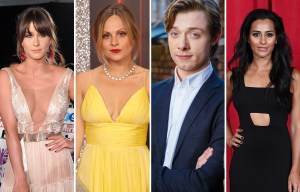 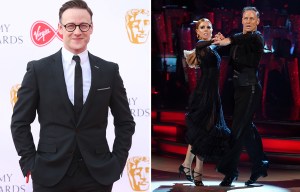 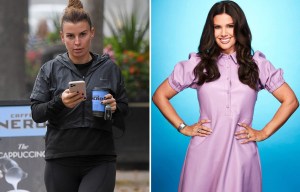 "It’s sad it’s right now for most brands, but that’s always been who I am – how I operate with everything I’ve done creatively, whether it’s make-up or lingerie. I get excited to see people be a part of my brand.

“It’s not like I went into it thinking, ‘Let’s make a movement’.

"I feel great that there are women that are feeling like they see themselves on the stage for the first time.”

Carlo Ancelotti: Maradona is the best I've played against. I beat him like no other, he was unstoppable
Josep Bartomeu: my family and I were insulted, we received threats. This goes beyond all bounds
Professor of medicine Burioni: I Welcome Ronaldo to the ranks of virologists. In a match with optometrists, he will be very useful
Baresi became honorary Vice-President of Milan on the 23rd anniversary of the farewell match
Ronaldo called the PCR tests crap and then deleted the comment. I don't think I care about covid at all
Barcelona's presidential election will be held in 2021 (Marca)
Juventus have two forwards in their bid for the match against Barca. No Ronaldo and Chiellini
Source https://www.thesun.co.uk/tvandshowbiz/12823730/rihanna-savage-fenty-show/