The MMA beauty found time to enjoy the sun while training for her next Bare Knuckle Fighting Championship fight in July, rumored to be against fellow ex-UFC fighter Rachael Ostovich.

In the clip, the 26-year-old shows off her acrobatic skills while attempting to land on a blow-up toy shaped like a pineapple.

The caption on the video, which went out to her 2.8million followers, read: "GOT TAKEN DOWN AT 500k

Days earlier, VanZant shared clips of her training for her next bout, which is heavily rumored to be against 30-year-old Ostovich.

Ostovich was signed to UFC for four years before being released in December 2020 after three straight defeats.

In the weeks following her debut, she soaked up the sun poolside with her husband Austin Vanderford, and posted a series of teaser images for her exclusive content website.

VanZant also recently spoke of her interest in joining the roster at WWE.

During a February appearance on the Insight podcast with Chris Van Vliet, the Oregon-native said wrestling is "something that I would like to really pursue” and revealed she has already visited the WWE Performance Center in Florida.

Should she make the move, VanZant would be following combat sports fighters Ronda Rousey and Brock Lesnar who have succeeded in both worlds.

VanZant's background as a dancer and her mainstream appeal (she appeared on Dancing with the Stars and Chopped), would make her an appealing addition to WWE officials.

Since hitting the combat sports scene in 2013, she has gained plenty of attention for her sexy posts on Instagram. 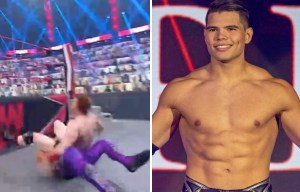 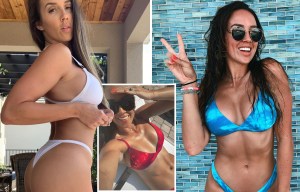 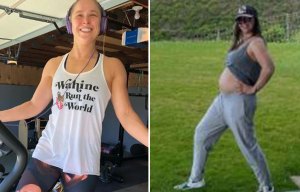 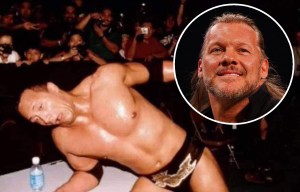 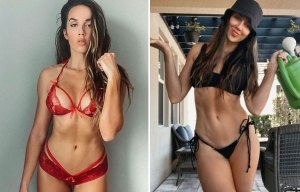