Paedo, 60, jailed for raping three young girls starting when one was five and ‘just out of diapers’

A MAN was jailed for life for raping three young girls, starting when the youngest was five and "just out of diapers", according to a judge.

Donnie Sims, 60, from Ohio, was accused of "sexually torturing" the girls, now aged between 11 and 14.

“You were only 5 when he started that means you came out your diaper at 3 so he started raping you two years out of your diapers," said Judge Shirley Strickland Saffold.

Saffold blasted the pedo's actions on Tuesday, describing how he he viciously sexually assaulted and tortured the girls, reports Cleveland 19 News.

"It wasn’t sex. This is torture," she said. "This is terrorism. This is when someone takes their penis and they weaponize it and they use it to torment and torture you."

The judge told the girls who were assisted by rape crisis counselors that no child could have protected themselves against this sort of abuse.

"This is the worst case of child abuse this court has ever seen,” she said but Sim's had no reaction until Saffold announced his life sentence.

The girls described the impact of Sims' abuse, including flashbacks, nightmares, migraines and difficulty concentrating on their schoolwork.

Even the prosecution acknowledged how tough this case was to cover as the trial came to a close this week.

Some of the jurors reportedly needed to seek mental health treatment based on the disturbing evidence, Cleveland 19 stated.

Sicko Sims received 11 sentences of life without parole along with 244 1/2 years in prison in a sentence handed down by Saffold.

A jury convicted him of dozens of counts of rape, kidnapping, child pornography and other charges after a tough 10-day trial, reports Cleveland.com.

He began abusing the children in 2009 and continued to do so until he was arrested in April, according to court documents. 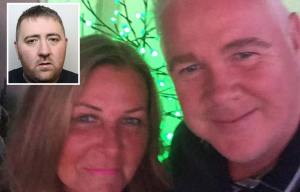 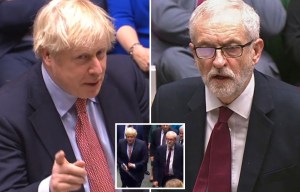 Records also show that the convicted pedo threatened the schoolgirls and their mother “to force them to comply and not speak of the incidents."

Cops also discovered found two shotguns and a pistol in Sims’ possession when they arrested him earlier this year, court documents say.

Sims was previously convicted for charges of aggravated robbery and felonious assault. He is also not allowed to own guns.

Barcelona's Interest in Isak Increased after Koeman's appointment. Larsson has a high opinion of the player (Mundo Seportivo)
Manuel Pellegrini: When you play against Real Madrid and var, it's too much
PSV and Porto are Interested in Barcelona midfielder PUC. He doesn't want to leave the club
Puyol about Barcelona: If we want to win the championship, we need to perform very well
Schalke sacked Wagner. The team has not won the Bundesliga since January
Iacini on 3:4 with Inter: Even a draw would be an unfair result, given how many chances Fiorentina created
Ramos Pro 3:2 with Betis: the Referee tried his best and didn't do anything intentionally
Source https://www.thesun.co.uk/news/10575050/man-jailed-raping-girls-just-out-of-diapers/

Dr Hilary warns of increasing cases of coronavirus in children

Deliveroo is looking for 15,000 new riders and drivers as demand surges

Warning over 17 apps that can access your private information