On the first day of ... Australian family finds live koala in their Christmas tree

The McCormicks went for a silver, pink and blue theme on their Christmas tree. The old plastic leaves were worn but looked beautiful with baubles on each branch and twinkling lights.

But this year the family tree included one very unexpected ornament: a wild – and somewhat confused – juvenile koala.

On Wednesday, 16-year-old Taylah was the last to leave the family home in Coromandel Valley, Adelaide around 3pm.

She made sure the dog was outside, closed the back doors and turned off all the lights.

When the whole family arrived back around 6pm, something was odd.

“I think the dog went straight to the Christmas tree and was sniffing around and Mum thought that was a bit weird,” Taylah said.

“There was baubles all over the floor … and she looked up and there was a koala in the tree.

“It was pretty tangled up in the lights. It was a fake tree and very old but she still tried eating the leaves off it … I saw her munch down on some but she stopped when she realised it was plastic.”

Taylah’s mother, Amanda McCormick, said she was in shock.

“I thought ‘Is this a joke?’ I thought one of my kids may have put like a soft toy in there, but no, it was a live one,” she said.

“We’ve had them in our trees before but not inside on our Christmas tree … It must have crawled in when the doors were open, it would have been in our house for at least three hours.”

The family immediately called the Adelaide and Hills Koala Rescue, but co-founder Dee Hearne-Hellon said the group didn’t believe the story at first.

“The call went through to our 24-hour hotlines and of course the operator at first thought it was a prank call,” Hearne-Hellon said.

“Apparently it took a little bit of convincing that, no … Amanda really did have a koala in her Christmas tree … It was just so gorgeous, seeing it sitting there just looking.” 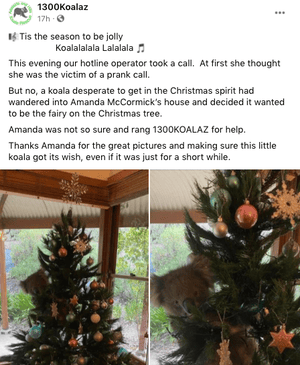 The rescue team quickly arrived to detangle the koala, which Taylah had dubbed Daphne.

Hearne-Hellon said Daphne was a juvenile female around three or four years old and in good health.

The teenager took the opportunity to post a TikTok of the koala, which has at the time of writing had gained more than 16,000 likes. 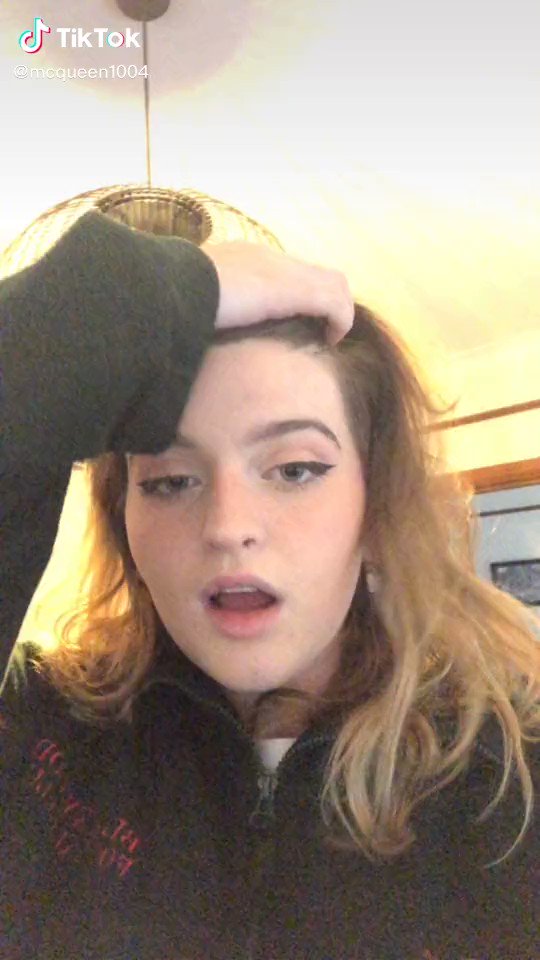 This koala has single handedly saved 2020. Full story up soon on @GuardianAus pic.twitter.com/NGvURdOTuJ

“All the comments have been like, ‘There’s no way this is real’. And the ones that do realise it’s real, they’re like, ‘Oh, next we’re going to be riding a kangaroo to school,’ and ‘This is a true Aussie Christmas’.”

Even her friends didn’t believe her.

“They were in shock at first, they didn’t think it was real … I had to send so many different videos because it just wasn’t moving. I had to get it blinking a couple of times to prove it.”

Amanda McCormick has also fielded a barrage of Facebook notifications after posting photos of Daphne.

“I’ve had so many phone calls and messages so it’s been ridiculous. All I wanted was a few likes on Facebook, but it’s gone pretty viral!”

Hearne-Hellon said the koala likely just wondered into the home because it liked the look of their tree.

“It’s not actually that hot, so they wouldn’t be seeking shade, particularly at the moment … They are curious, and they are in the suburbs, and if they see something that they want to have a look at they’ll just drop in and have a look.”

The rescue team released Daphne into a tree in a nearby bushy area, and the McCormicks say they will be looking out for her from now on.

“It was a very memorable experience,” Amanda McCormick said. “After a bad year, it was nice to have that.”

Brother Chalova moved to the Serbian Subotica
Barcelona will not sign Garcia in the winter due to financial problems
Rodgers on the draw with Everton: It was unlucky that Leicester did not score the second goal
Ancelotti on 1-1 with Leicester: I don't remember Hames scoring with a right before
Andrea Pirlo: In my 1st season at Juve, we were behind Milan, but we took the title. Everything depends on us
The judge made two mistakes. De Gea was pushed and there was no foul on our cancelled-out goal. Solskjaer on the loss to Sheffield
Maguire on the defeat to Sheffield Wednesday: We gave the opponent two goals, we didn't play at the level we expected
Source https://www.theguardian.com/environment/2020/dec/03/on-the-first-day-of-australian-family-finds-live-koala-in-their-christmas-tree