A SHOP assistant has claimed Noel Gallagher once brought ten pairs of jeans worth £95 each to help her hit a sales target.

Audrey Indome claimed the Oasis songwriter offered her a helping hand while she was working in Selfridges.

The apparent random of act of kindness showed a softer side to the famously prickly singer.

Audrey, who co-hosts The Receipts Podcast, claimed she was working at the famous Oxford Street department store when Noel came in.

The 53-year-old is claimed to have asked her why she "looked sad" - and she said it was because she had not hit her sales targets.

Noel is then claimed to have responded by purchasing ten pairs of black Levi's 501 jeans - which would have cost him almost £1,000.

Hundreds of commenters responded to the post, as some joked they "like him a little more now".

Others however cast doubt on the story or said the encounter never happened, despite Noel's own account sharing the post.

Audrey said: "I remember when I worked in Levi’s at selfridges Noel Gallagher came in and asked why I looked sad, I told him I hadn’t hit target and he bought 10 pairs of black 501’s I’ll never forget that."

Responding to Audrey's story, one user said "that's what I call a rockstar. BigUp Noel Gallagher" and another added "omg Noel Gallagher so sweet".

Others said "good on him" and "brilliant, what a guy" as another wrote"I like him a little more now. Lovely story".

One user added "one of the nicest celebs I've ever met" and others simply quizzed Audrey on whether she "hit target" in the end.

Another user said: "I’ve always thought he was a bit of an a**e, but I’ll give him some leeway for that!"

And one added: "The poor member of staff that had to beat your target the following year."

She claimed that Professor Green purchased a Maison Margeila jacket while she was also working in selfridges to help her hit target.

Nicole added: "Omg I had the same thing working in menswear contemporary in Selfridges and pro green bought a maison margeila jacket to help me reach target.

"Loool I low-key miss them days you know. One time Kanye west came on a Sunday and basically shut the store down because we followed him to every floor & didn’t do any work haha."

While he splashed the cash, the revelation comes as Noel was forced to slash £3.5million off the asking price of his London mansion.

The rockstar's Grade II-listed property had been on sale for four years after he decided to quit the capital. 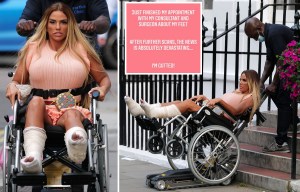 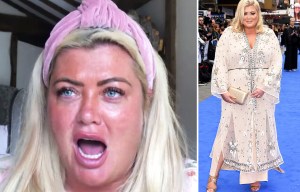 Gallagher previously said he was leaving the capital after stabbings nearby, with sources adding they are surprised the house hadn't sold.

Noel said: “If there are any wealthy Russians reading this story give me a call please, because I have a house I’m trying to sell.

“I’ve got one on the market and it’s proving very difficult to shift.”

Zidane on Vinicius and Rodrigo's playing time: They're still boys. This is Real Madrid, these are the realities of football
Braithwaite specifically stopped the car to take a photo with a fan in a wheelchair
Mourinho and Lampard had a fight in the Tottenham - Chelsea match: When you lose 0-3, Frank, you don't stand on the sidelines
Valencia want to rent Rugani from Juventus
We talked to a Russian Finn who is making his way in Europe: he fought with the locals because of Russia, drove in Arshavin's t-shirt and refused Barca B
Werner scored for Chelsea for the first time
Fernando Santos: Ronaldo can play until the age of 40, but he will leave if he feels that he can no longer be himself
Source https://www.thesun.co.uk/tvandshowbiz/12334054/noel-gallagher-shop-assistant-jeans-twitter/