Nicola Sturgeon was shamed by the Scottish Labour leader after becoming embroiled in a row over Scotland's vaccination rollout during an election debate hosted live on Facebook. The SNP leader and Douglas Ross' heated clash saw the online hustings hosted by NUS Scotland descend into chaos as Mr Sawar took a swipe at Ms Sturgeon's behaviour, mockingly branding her conduct a "great example to kids and young people across this country."

The row was sparked when Mr Ross confronted the First Minister over the role of the UK in the success of the vaccination rollout in Scotland.

He said: "Nicola over 60 percent of Scots are now protected with the first dose of the vaccine.

"What is the highest percentage of an independent country in the European Union?

The Scottish Conservative leader was then cut off by Nicola Sturgeon. 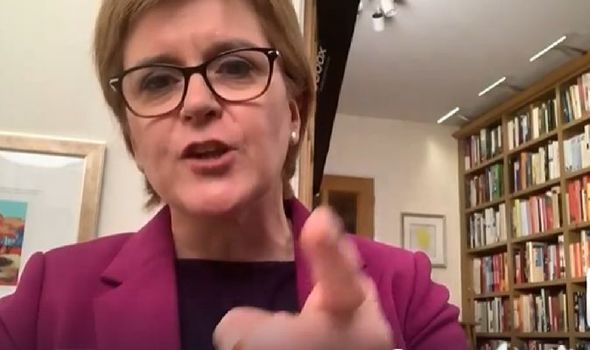 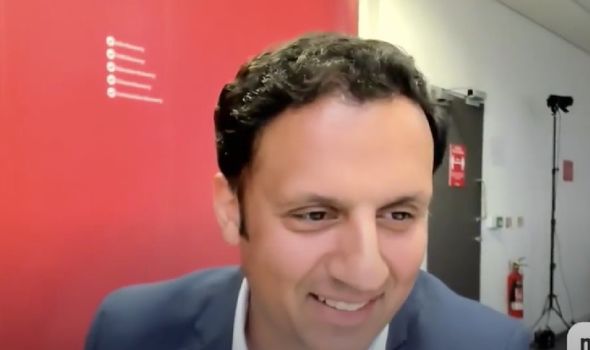 "Stop talking down our vaccination programme for political purposes," blasted the SNP leader.

Her intervention sparked a furious back and forth between the party leaders before the host attempted to wrestle back control.

Meanwhile, Mr Sarwar landed a stinging rebuke on both his rivals.

"A great example to children and young people across the country this is," slammed the Scottish Labour leader.

Sturgeon hits out at Ross for 'disgraceful' vaccine criticism