JOE Montana and his wife helped stop an unknown woman who tried to kidnap his 9-month-old grandchild from his Malibu home this weekend.

The legendary Hall of Fame quarterback of the San Francisco 49ers told cops the baby was sleeping in a playpen around 5 p.m. on Saturday when a strange woman snuck into the home and tried to nab the child, the Associated Press reported.

Montana, often referred to by his nickname Joe Cool, tried to “de-escalate the situation” with his wife Jennifer and asked the woman to hand over the baby.

Jennifer then wrangled the baby out of the hands of the accused kidnaper, 39-year-old Sodsai Dalzell, cops said. 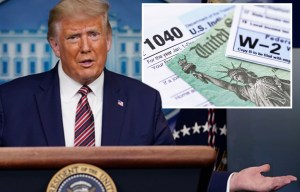 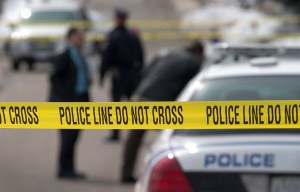 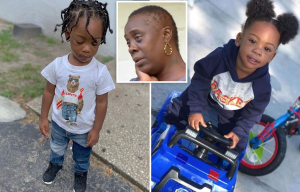 “Thank you to everyone who has reached out. Scary situation, but thankful that everybody is doing well. We appreciate respect for our privacy at this time,” Montana tweeted.

Dalzell reportedly fled the home but was later arrested and faces charges for kidnapping and burglary.

She is being held at the Century Regional Detention Facility in lieu of a $150,000 bond and is set to appear in court again on Monday, records show.

Montana, 64, won four Super Bowls as a starting quarterback – ending his 15-year-career after the 1994 season.

In 2010, Pirlo negotiated with Barca. The main playmaker of the generation was ready to go to Pep even in the rotation
Chugainov about Loko in the Champions League: there are Chances to get out of the group. The team looks confident and worthy
Bayern and Alaba failed to agree a new contract for the third time
Atalanta and Ajax showed smart football: a lot of traps and subtle changes on the move
Vadim Evseev: I liked the locomotive for its boldness. Not afraid to play football, well done
Barcelona may sign PSV forward malen if the deal for Depay fails
Pickford hired bodyguards because of fan threats after van Dijk's injury
Source https://www.thesun.co.uk/news/12786028/nfl-legend-joe-montana-stops-kidnapper-grandchild/

Number of Covid patients in hospital could hit 25,000 within weeks, warns Sage expert

Europe is losing the fight against Covid second wave as France deaths double and health systems face collapse, WHO warns

Down at the shoreline at night, the navigation lights on the horizon start speaking to me

From the NS archive: The man who would be Christ

Aidan O'Brien on Breeders Cup runners including Magical and Mogul

Joe Biden is a flawed candidate, but accelerating climate change is why we should root for him

NFL Odds, Tips and Free Bets for Week 8 of the Season

London Covid cases above 100 per 100,000 in EVERY borough as virus spreads

Are Todd and Billy going to have an affair in Coronation Street?

Martin Lewis warns about quiet change to Universal Credit that will cut payments for ‘up to 450,000’ next month

Preston North End vs Millwall: How to watch, team news and predicted line-ups

Rare parasites ‘which can cause human miscarriages’ found in donkeys, scientists discover

The Snow Queen is heading to Glusburn this Christmas: PHOTOS

Pompeo says AES of US, PetroVietnam to sign $2.8B LNG deal

When do we start wearing a poppy for Remembrance Day 2020?

‘I can be the next great fighter’: Gervonta Davis primed to emerge from Floyd Mayweather’s shadow

I'm a Celebrity 2020 line-up: Rumours and how much they are set to earn

Sophie, Countess of Wessex, speaks of 'most challenging of years' in official letter

Royal POLL: Who should the Queen spend Christmas Day with to follow the Rule of Six? VOTE

Ronaldo vs Messi tale of the tape – head-to-head record, goals, wins & trophies as Juventus get set to play Barcelona

QAnon's 'Save the Children' morphs into popular slogan

2020 election polls: Half of Trump supporters say he shouldn’t accept election result if he loses

NASA is planning a mission to a huge metallic asteroid worth £8,000 quadrillion

Families in different tiers not allowed to meet on Christmas Day

The Latest: UN: Over 2 million virus cases in just 1 week