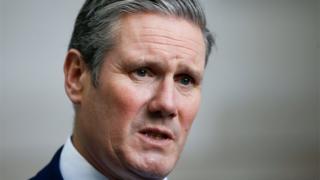 On Tuesday Jeremy Corbyn met Labour MPs for the first time since the party's election defeat - and, according to the Daily Mail, he was "cut to shreds".

The paper says the parliamentary Labour party meeting descended into a bloodbath as MP after MP lined up to give him a verbal bashing.

The Daily Express describes it as a "furious" backlash, while the Times tells how he was "savaged" during a brutal inquest.

The Daily Telegraph says he faced an "onslaught of criticism" over his handling of the campaign, while the Sun reports that he "infuriated" MPs by continuing to blame Brexit and the media.

HuffPost UK believes that part of the emotion stemmed from the lack of any personal apology from Mr Corbyn. Paul Waugh, the website's executive editor for politics, suggests that whoever replaces him as leader, Tuesday's meeting "showed just how difficult it will be for any pro-Corbyn contender to keep order in a shattered party in Parliament".

The Spectator's deputy political editor, Katy Balls, notes that "despite the anguish, not one MP called directly on [Mr Corbyn] to go immediately". Instead, she says, the focus was on ensuring that the leadership contest next year was a "fair fight".

The Guardian has an interview with the shadow Brexit secretary, Sir Keir Starmer, in which he criticises what he calls the "baggage" that Labour took into the election. He tells the paper that the party did not deal with anti-Semitism - and that "became a question of values and a question of competence".

Sir Keir - who admits he's "seriously considering" standing for the leadership - says Labour must return to being a "broad church". In short, he concludes, "it can't be a fight for one side to obliterate the other".

Prime Minister Boris Johnson's plan to pass legislation preventing an extension of the post-Brexit transition period beyond December next year is - concludes the Financial Times - a "high-risk strategy". For the paper, it sends a "clear signal that he intends to seek only a minimal agreement with the EU".

The Times reports that the EU believes the move is just "sabre-rattling" - and a predictable gambit before trade talks next year. The Sun feels Brussels now looks "as keen as [the prime minister] to sign a rapid new free-trade relationship by this time next year".

The Guardian notes that, while the legislation would not prevent Mr Johnson from changing the law again to allow extra time, government sources believe "the symbolic legislation will focus minds in Brussels".

Writing in the Daily Mail, Stephen Glover argues that "by insisting it must be done quickly, and on his timetable, [Mr Johnson] has seized the initiative". He acknowledges there are risks, but he thinks "a satisfactory agreement can be reached by the end of next year, and the perils of No Deal averted".

But the Daily Mirror doesn't believe the prime minister can be "trusted" to deliver a Brexit that protects workers, consumers and the environment.

In Scotland, the front page of the National highlights Nicola Sturgeon's call for parties in Scotland to unite to demand a second referendum on independence.

The Scotsman feels she made an "audacious bid to exploit new divisions within Scottish Labour over the issue of a second independence referendum". The Herald believes she also hinted that Mr Johnson's plans to accelerate the approval of the EU Withdrawal Agreement Bill would be the "next constitutional flashpoint between Holyrood and Westminster".

City AM reports on what it calls the prime minister's "surprise step" of boycotting the World Economic Forum in Davos next month.

The Guardian says he's banned ministers from attending "as he seeks to consolidate the party's position among working-class voters". The Financial Times quotes a senior Tory figure as saying it would be inappropriate for ministers to go to the elite gathering, because the party's "focus is on delivering for the people, not champagne with billionaires".

Get news from the BBC in your inbox, each weekday morning

The Times highlights new research which found that UN peacekeepers "fathered hundreds of babies in Haiti then abandoned young mothers to lives of single parenthood and poverty". A team from the University of Birmingham conducted more than 2,500 interviews as part of the study. The Times calls for the establishment of an international body with jurisdiction over all UN staff. A spokeswoman for UN Peacekeepers condemned the behaviour of some who have served in Haiti.

The newspaper also publishes a letter from a group of doctors and health professionals warning that air pollution could lead to hospitals and GP surgeries being clogged up with thousands of cases of asthma, bronchitis and pneumonia. They say "the severe pressures in the winter months are being exacerbated by preventable causes" - leading to a "public health crisis".

The i newspaper also highlights the concerns, with the front page headline: "Air pollution linked to NHS winter crisis".

The Daily Mail remembers the life of the D-Day veteran whose speech at the 75th anniversary commemorations this summer received a standing ovation from the Queen, US President Donald Trump and other dignitaries.

The death of John Jenkins - who was 100 - was announced on Tuesday. After landing at Arromanches in 1944, he moved ammunition from the beaches to the front line. He later took part in the liberation of a German concentration camp.

Speaker of the House of Commons Sir Lindsay Hoyle had been planning to wear the traditional Speaker's wig at the State Opening of Parliament on Thursday - but, as the Daily Telegraph reports, it has vanished.