HE knows how to flog phones and get Footloose on the dance floor, but Hollywood star Kevin Bacon has yet to master the art of the bikini wax.

Actress wife Kyra Sedgwick, 55, recently revealed how she got her movie star husband to lend a hand when she could not go to the salon because of the pandemic.

But the results were “agonising” as clueless Kevin, 62, ripped too much hair off at once.

The 30-year-old, from Kingsclere, Hants, got her husband Craig to help her beauty regime when she had to forego her six-weekly visits to the salon — and it is saving the couple £2,000 a year.

Hannah has son Reuben, three, with Craig, 32, a farrier and blacksmith, and Max, 13, from a previous relationship.

She says: “I never ever thought I would let Craig do this, but it’s been great. You might think it would ruin the mystery or sexiness of our relationship but it has actually brought us closer.

“Now I can’t live without his help — and Craig isn’t fazed by the intimate grooming regime.

"Having him do my beauty treatments has boosted my body confidence and kept our love life spiced up during lockdown, because when I look good I feel good.

“The fact it is saving £2,000 a year is the icing on the cake. When I read about Kyra’s experience with her husband, I told Craig he’s in star company.”

Hannah first asked Craig to wax her legs after a DIY disaster in the first lockdown last April.

She says: “When not in lockdown I see another beautician every six weeks for a full leg, underarm and bikini wax. I am an expert at giving waxes, but always got a colleague to do mine as my pain threshold is low.

“After several weeks of no waxing and attempting to shave the area instead, just like Kyra did, I found myself needing urgent help.

“By April my body hair was out of control. I convinced myself I could do my own waxing,  but after putting on some leg wax I realised I physically couldn’t pull it off.

“As the wax hardened, I got more and more scared. I ended up with cold wax on my leg, which I was picking off when Craig got home. Seeing the state of my wax-covered leg, he offered to help.

“Craig’s work means he is very precise and used to dealing with flighty horses, but mastering the hot wax application was a different matter.  I kept yelping and flinching before he even touched me, which didn’t help.

“He told me wild horses were easier to handle but he persevered for the sake of our relationship.

“Instead of screaming in agony at the hands of my ‘waxing virgin’ husband, I found myself thrilled with the results.

“He did a great job and then was promoted to do under my arms, and by June I decided it was time for him to try my bikini line, which he actually did really well.

“I prefer a French bikini wax — a tidy down the sides and along the top — then I get a Brazilian for holidays. And Craig has done both.”

Hannah, who is self-employed has been unable to work due to the pandemic, adds: “Some of my friends won’t even let their husbands see them without make-up, but I have no problem with my husband waxing my bikini line — it’s nothing he hasn’t seen.

“We are super-close as a couple and he was very calm and methodical. In fact I was a bit jealous of his skills.

“Now, after nine months of doing my waxing, he considers himself an expert.

‘LUCKIEST GIRL IN THE WORLD’

“There are times when we argue about it. He’s become quite precious and tells me to sit back down if he misses a section.”

Hannah now relies on Craig to do all her lockdown beauty treatments.

She says: “I have also trained Craig to do my home spray tanning. His first two attempts were a bit patchy but he’s now nailed it.

“Craig’s mates joke he’s setting the standard high because their partners want similar treatments. Some of his mates have even asked him for tips.

"A couple of my pals are horrified I let Craig do my treatments, but others tell me I’m the luckiest girl in the world.

“I’m considering continuing to use him after lockdown because of the money saved — he’s almost as good as my normal beautician.

“But he does work long hours, so sometimes he moans when I drag him off the sofa to pamper me.” 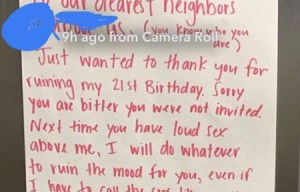 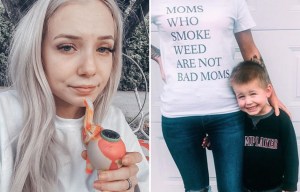 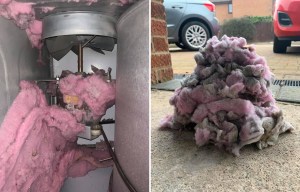 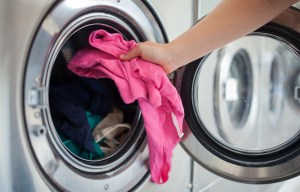 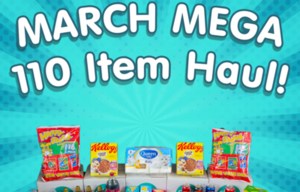 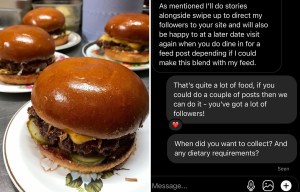 Craig says: “When I saw Hannah’s epic DIY waxing fail, I did laugh. But I figured I’d do the husbandly thing and help her out.

“It’s pretty simple. I had it mastered in a couple of goes. My secret is to do quick rips while she’s distracted and looking elsewhere.

“This isn’t something I imagined I’d be doing but I think it’s great that I can help her.”

Coster-Waldau on Neville's words about Super League: He spoke on behalf of all football fans. Stop this nonsense
The president of UEFA on the head of Juve Agnelli: I have not seen a person who would lie so much. Incredible
UEFA President on Champions League without 12 top clubs: There are a lot of good teams in Europe. Now we know that there are snakes next to us
Shame on you. R. I. P. Liverpool. 1892-2021. Fans of the club hung banners against the Super League on the fence of Anfield
Manchester United midfielder Bruno on Super League: Dreams can't be bought
The decision on Euro 2020 will be made on Friday. Three cities can exclude
Players will not be able to participate in the Euro and the World Cup if they play in the Super League. UEFA President confirmed

Swadlincote mum who sexually abused schoolboy is jailed for 10 years

Merseyside murder suspects on trial after body found at church

Empty Hull shops to be transformed in summer culture festival

Family's heartbreak as woman, 27, hit and killed by police car while out jogging

How Wales' main parties plan to help the LGBT+ community

Teenager charged after spate of bus attacks in Edinburgh

Hopes that Greek Islands, Algarve and Balearics will get travel green light

Conor McGregor shut down over complaint about drug testing in UFC

Teacher who had stroke in China finally back home after his pupils raise £54,000

Stimulus check update: More ‘plus-up’ payments of extra cash being sent out this week to those who filed their taxes

Dwayne Peel reveals pull of Scarlets as double announcement made

Dad of three, 46, dies after seven weeks in hospital with Covid-19