A MOTHER and daughter died after 11 members of the same family caught Covid following a get-together on Christmas Day.

Paramjeet died on January 5 - one day after she was rushed to hospital.

Kashmir's son Indy told the BBC: "It's been devastating for us as a family."

Indy said the family had debated whether or not to meet at Christmas, but decided to go ahead because Paramjeet - who had learning disabilities - had suffered with mental health issues during lockdown.

The family "played safe" and followed government rules which only allowed three households to meet.

Indy said the relatives only met for a few hours.

Yet, all 11 members of the family tested positive for Covid-19.

Indy said: "We didn't meet anyone else beforehand, no-one had any symptoms, we still don't know who brought the virus into the family, into the house, but it's happened and it's something we'll have to live with for the rest of our lives."

Both Kashmir and Paramjeet were treated in intensive care at New Cross Hospital in Wolverhampton.

Speaking of his sister's battle with the virus, Indy said: "Because of her learning disability she didn't really understand what was happening to her and I guess she thought that the mask was just obstructing the air flow rather than helping her and she kept pulling it off. 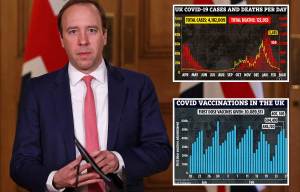 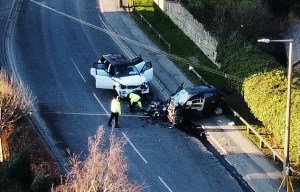 "We spent the last few hours pleading, begging her to keep it on, so that she could get the oxygen that she required… but she just couldn't do it, and kept pulling it off, it was heartbreaking for us to see."

The family has set up a JustGiving page in memory of the mother and daughter and to raise money for The Royal Wolverhampton NHS Trust Charity.

Speaking of the NHS staff who treated his mum and sister, Indy said: "I think they [hospital staff] deserve all the respect and gratitude we can give them."

Neymar will receive 30 million euros a year under a new contract with PSG
Koeman before the Cup final: Messi knows how to prepare perfectly for important matches. He will show the maximum to win
Thomas Tuchel: There is a distance between Chelsea and Man City. They and Bayern are two landmark clubs in Europe
Vieira about Le Gre, who denies racism in football: His arguments do not inspire confidence. There is racism in football
Gerrard on Arsenal's 4-0 win over Slavia: I really enjoyed it. I am sure that Kamara also liked everything
Mauricio Pochettino: Guardiola is the best coach in the world. Man City is very good, and this team was created by him
Atalanta may sign Buffon if Gollini leaves