After the Sussex couple officially step down as senior royals this week, they will have to figure out how to remove their earnings from the Royal Family, according to Mark Borkowski, a public relations and crisis consultant.

He said: "The problem is how do they get what we call clean money.


"Because there will be meat for the media if they are sponsored by a famous watch company and turn up at a royal event wearing that watch, or take a flight on a new airline route, or get hypnotised by some odd person who wants to be associated with them and they've got funny - not clean - money.

"So that's going to be the challenge, how they balance the money and the funding they want from the corporate world against still having the sheen of the royal family.

“It's a difficult thing to navigate, to keep credibility for everything you do." 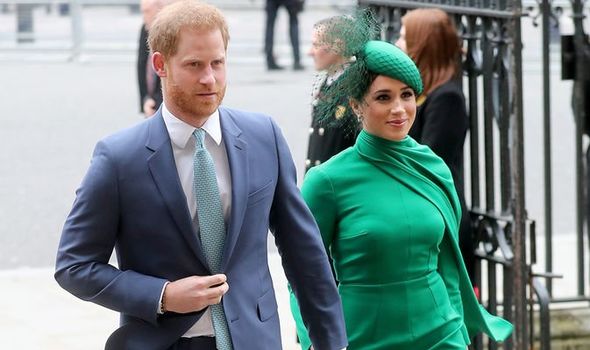 SUSSEX ROYALS will struggle to be financially independent according to experts (Image: Getty Images)

Some commentators have argued the couple could follow the existing model of royal wage earners such as the Queen's grandchildren Peter Phillips and princesses Beatrice and Eugenie.

But it is not known if Harry and Meghan want to be constrained by a nine-to-five job.

Meghan also reportedly sees herself as a "business entrepreneur" alongside her other public roles as an actor and women's rights activist.

In addition, Prince Harry is known for his philanthropic work in the UK. 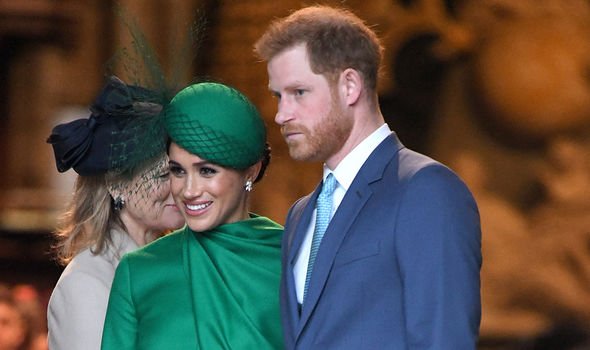 A PR CONSULTANT suggested that the couple don't want to diminish their brand with any advertising opportunity that comes along (Image: Getty Images)

Reports have suggested the Sussexes may follow the lead of former president of the United States and First Lady, Barack and Michelle Obama.

The American statesman and his wife signed book deals reportedly worth millions, describing their time in office, life stories and political ideas.

The presidential couple sold their rights to their autobiographies for $65 million in 2017. 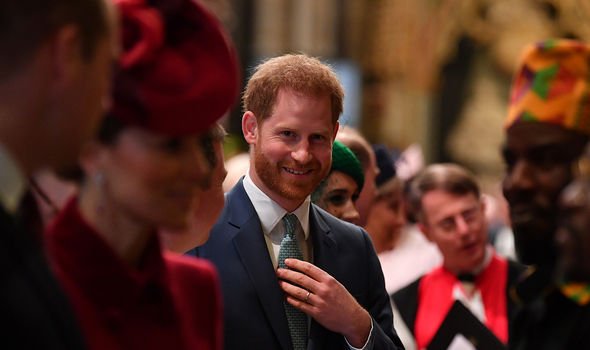 THE OUTGOING ROYALS have a variety of options available to them, including drawing on Harry's experience in the army to become speakers. (Image: Getty Images)

The formerly royal couple also have the option of working in the lecture circuit.

Harry could become an in-demand motivational speaker with his experience in the military and life in the public eye.

Meghan's may also revive her defunct lifestyle blog "The Tig".

It could be used to give her a platform to talk about everything that interests her. 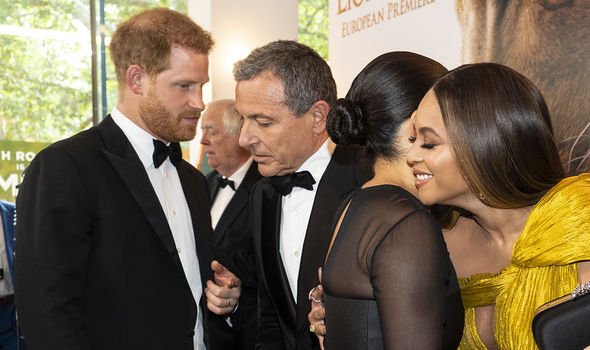 MEGHAN MARKLE has already been confirmed as a voiceover for an upcoming Disney documentary. (Image: Getty Images)

This follows the landmark announcement that Meghan Markle will be narrating for Disney.

Her first role will be voicing a nature documentary about elephants titled ‘Elephant.’

Prince Harry was seen talking to Disney CEO Bob Iger at the London premiere of The Lion King.

It was reported that he was attempting to try and get his wife involved with Disney, saying: “You know, she does voice-overs.”

The transfer window in France will open on June 8
Flamengo extended the contract with head coach Jesus for 1 year
Bashkirov about life without a driver's license: he Loved Cycling. I will buy a highway and go on vacation to St. Petersburg, it is 1500 km
Angel Di Maria: I'm Glad I didn't move to Barca in 2017. I am happy at PSG
The wife of a Serbian from galaxy called for shooting rioters
Modric on how Mourinho criticised Ronaldo: Cristiano almost cried at half-time
Giorgio Chiellini: I came close to leaving Juve twice: to Real Madrid in 2010 and to Manchester City in 2011
Source https://www.express.co.uk/news/royal/1262070/meghan-markle-news-prince-harry-latest-financial-independence-US-security-bill-trump?utm_source=feedburner&utm_medium=feed&utm_campaign=Feed%3A+daily-express-news-showbiz+%28Express+%3A%3A+News+%2F+Showbiz+Feed%29

What the Gay Village needs to survive the pandemic

Timo Werner transfer shows that Chelsea, not for the first time, are playing a different financial game to Prem rivals

Arsenal stars ‘stronger than ever’ and ready to come out firing vs Man City, Arteta reveals

How can I watch Sky Pick, are Premier League games FREE on the TV channel and which games are being shown?

Cristiano Ronaldo is football’s first billionaire ahead of Lionel Messi.. with Barcelona rival set to follow in 2021

Brit Spain holidays could be saved by 6,000 Germans jetting into country in days

Noirmoutier, my desert island paradise in the Vendée | Joanne Harris

Exclusive: nearly 600 US health workers died of Covid-19 – and the toll is rising

Teargassed, beaten up, arrested: what freedom of the press looks like in the US right now

In their own words: the protesters at the heart of America's uprising

No hugs or play dates yet, kids told at Ant and Dec assembly

Lockdown being used by hard-pressed Britons to slash debt burden

Man United are about to learn something about Jose Mourinho

Kids are not to hug friends or go on play dates yet, says minister

Crisps, cakes and biscuits recalled from Asda and Tesco

How you can pay tribute to all our frontline heroes

Councils set to bring back parking charges and fines for drivers

Liverpool deal 1,000 miles in making could have failed 6 months later

What happened to Freddie Mercury's family after his tragic death

Brits to be hit with downpours, heavy gales and chilly temperatures this weekend

'China is picking off countries!' Warning of Beijing's plot as Australia 'dumped on'