The couple sensationally stepped down as senior royals in January and vowed to become “financially independent”. The joke was made on ‘Don’t’, a new American gameshow hosted by actor Adam Scott.

Deadpool star Ryan Reynolds is also featured as a voiceover, though he doesn’t appear physically.

In a segment called ‘Don’t Get Tired’ Mr Scott asked the contestants: “Meghan Markle went from ‘Suits’ to crowns after she married into the royal family.

“Before she resigned, what was her official title?”

According to entertainment site US Weekly, Mr Scott tweaked the second bit of the question as the camera panned away. 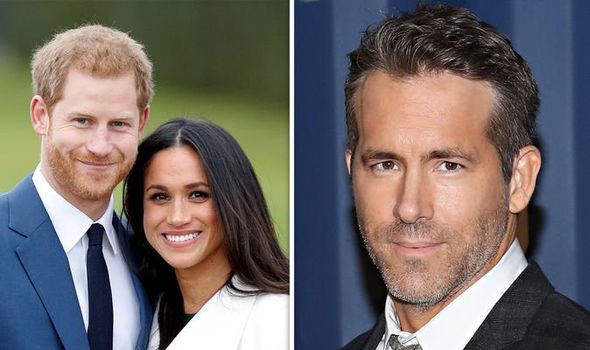 Meghan and Harry were the subject of a US gameshow joke (Image: GETTY) 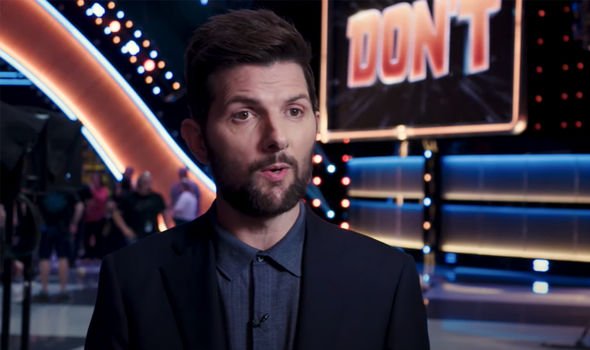 He then offered four possible answers: “Was it A. Countess of Cambridge, B. Duchess of Wessex, C. Duchess of Cornwall, or D. Duchess of Sussex?”

Jokingly Mr Reynolds interjected: “Or E. We taped this show seven months ago.”

However whilst they stood down as senior royals Harry and Meghan have retained their titles as the Duke and Duchess of Sussex.

They did agree to drop their “Sussex Royal” brand and to stop using the HRH prefix before their names.

Kate Middleton row - How Meghan’s departure has given Kate ‘space’ 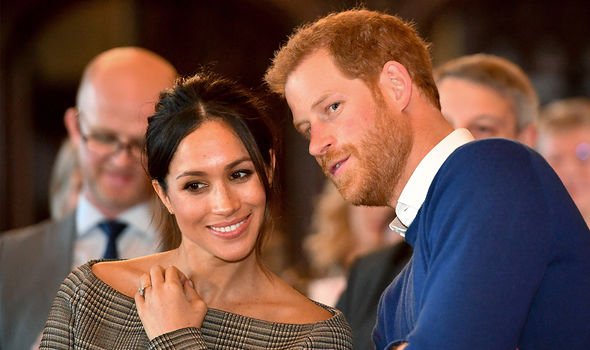 Harry and Meghan announced they were standing down as senior royals in January (Image: GETTY)

The contestants, four sisters, answered Duchess of Cornwall which was incorrect.

The Duchess of Cornwall is in fact the title of Camilla, Prince Charles’ second wife.

In addition, Mr Reynolds is listed as an executive producer on the show. 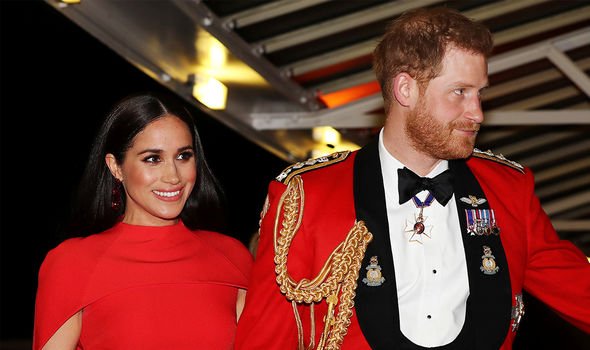 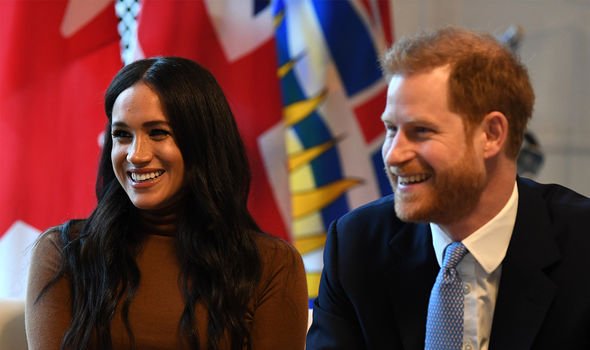 The games, the names of each of which begin with ‘Don’t’, are alternated so different teams have to complete different tasks.

Meghan and Harry are currently living in Los Angeles.

During the lockdown the couple were stopped delivering food to vulnerable LA residents.

Los Angeles have been badly hit by coronavirus with bars and restaurants recently being ordered to close for a second time as the number of COVID-19 cases surged.

Last month the city also saw massive protests, some of which turned violent, following the death of George Floyd as he was being detained by police in Minneapolis.

In response for a number of days a night time curfew was put in place across the city.

Back in January Harry and Meghan said they planned to split their time between North America and the UK. 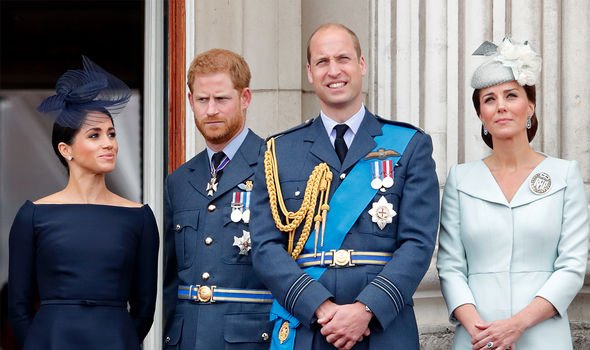 Harry and Meghan with the Duke and Duchess of Cambridge (Image: GETTY)

Announcing their departure as senior royals the couple said: “We have chosen to make a transition this year in starting to carve out a progressive new role within this institution.

“We intend to step back as ‘senior’ members of the Royal Family and work to become financially independent, while continuing to fully support Her Majesty The Queen.”

Willian: Arsenal is one of the biggest clubs in the world. I'm here to collect trophies
Rivaldo: Messi will meet with his successor, Lewandowski. Who will go to the semi-finals of the Champions League, the best in the world
Habib: In the final of the Champions League will play PSG and Manchester City
Manchester City offered 63 million euros for Coulibaly
Trent is recognized as the best young player in the Premier League
Tuhelj against Nagelsmann in the semifinals, the Champions League is great. They represent the power of German coaches
Rivaldo: Ousmane Dembele is a good option for Manchester United. He can succeed in the Premier League
Source https://www.express.co.uk/news/royal/1308030/Meghan-Markle-Prince-Harry-news-Ryan-Reynolds-game-show-adam-scott-royal-latest?utm_source=feedburner&utm_medium=feed&utm_campaign=Feed%3A+daily-express-news-showbiz+%28Express+%3A%3A+News+%2F+Showbiz+Feed%29

Tsitsi Dangarembga: 'I am afraid. There have been abductions'

New York has grappled with gentrification for years. Covid has brought it to a head | Emma Brockes

How Newcastle's 2020/21 fixtures are decided