The hard-hit district has seen its infection rate soar after more than 1,600 new people tested positive for Covid-19.

This is up from 449.5 in the seven days to November 23, according to Public Health England data

Where are infection rates the highest, and what tier are they in?

The top 10 areas with their infection rate and tier level.

The new stats come amid warnings that the capital could be on the brink of going into Tier 3.

Professor Kevin Fenton, London’s director for Public Health England, pleaded with people to follow rules as figures show a fall in cases is levelling off.

He said: “The promising reductions we had begun to see with the recent national restrictions across the capital have shown signs of slowing in recent days - a stark reminder of just how delicate our situation is.

“As we make plans to go out this weekend, whether it’s shopping, eating out or meeting with friends outside, it is vital we remain vigilant and keep in mind that the virus is still present."

Ten of the 32 London boroughs have seen infections rise in recent days with areas including Camden and Barking witnessing an increase in cases.

When the first round of tiers were announced London was placed in Tier 1, before swiftly being upgraded to Tier 2.

When the new set of tiers were revealed last week, just before England's second national lockdown ended on December 2, London was put back into Tier 2.

But health chiefs have now warned that Londoners need to stick to the rules to avoid facing tougher restrictions when they are reviewed on December 16.

Deaths rose by 504 as a 15-year-old with no underlying health conditions was confirmed to have died from the bug.

The rise in fatalities brings the total to 60,113.

The figure is higher than the 16,022 cases reported last Friday, but lower than the 20,252 recorded a fortnight ago.

Fatalities are slightly lower than the 521 deaths seen a week ago, and just below the 510 fatalities recorded on November 20. 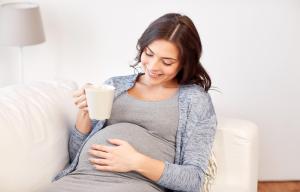 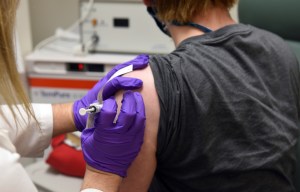 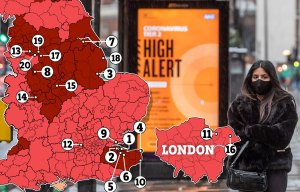 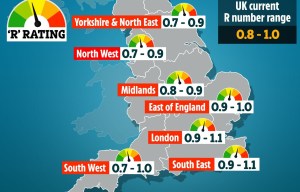 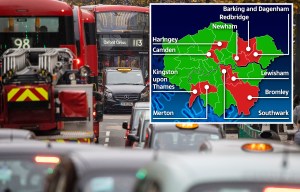 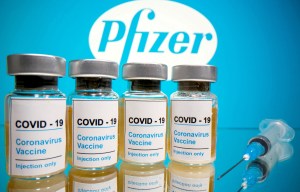 It comes after separate figures showed a further 274 fatalities were recorded in English hospitals, bringing the total to 41,879.

A fifteen-year old with no underlying health conditions was one of the victims - just a day after a “healthy” 19-year-old was killed by the bug.

The North East & Yorkshire saw the highest number of hospital deaths at 77, while the East of England had the lowest toll with 12 deaths.

Leroy Sane: Pep teaches so that I started to hear the little man in my head
Jamie Carragher: The championship is slipping away from Liverpool. They'll start worrying about getting into the top 4, not the title
Liverpool lost at Anfield for the first time in 69 Premier League games (and Burnley). Klopp's team has yet to score in 2021
Sevilla are Interested in Papu Gomez
Rookie of the Urals Ibrahimi: will Manifest itself in RPL - sparkle everywhere. Good league for pumping
Juventus have signed Switzerland U21 striker Lungoyi and returned him on loan to Lugano for 1.5 years
Milan leases Tomori from Chelsea with the right to buy for 28 million euros. Medical check-up-today
Source https://www.thesun.co.uk/news/13391142/medway-kent-worst-covid-hotspot/