The association issued a statement saying Baffert can not enter horses in races or occupy stall space in Belmont Park, Saratoga Racecourse, and Aqueduct racetrack.

It comes after the trainer, 68, acknowledged that Kentucky Derby winner Medina Spirit tested positive for steroid medication betamethasone after the May 1 race.

Churchill Downs, where the Kentucky Derby is run, had already suspended Baffert.

The famed trainer initially denied all wrongdoing but later admitted the horse had undergone treatment before the big race with an ointment containing the steroid.

While legal as a therapeutic drug for horses, betamethasone is illegal when found in the blood on race day.

He also noted Baffert’s “failed drug tests in the recent past, resulting in the assessment of penalties against him by thoroughbred racing regulators in Kentucky, California, and Arkansas.”

"In order to maintain a successful thoroughbred racing industry in New York, NYRA must protect the integrity of the sport for our fans, the betting public, and racing participants," O'Rourke said.

"That responsibility demands the action taken today in the best interests of thoroughbred racing."

Baffert publicly acknowledged Medina Spirit's positive drug test on May 9, a week after the Kentucky Derby, claiming he was "totally shocked" by the news.

"I'm still trying to absorb it. I am the most scrutinized trainer. And I am OK with that," he said.

"The last thing I want to do is something that would jeopardize the greatest sport," Baffert continued.

The trainer said he was "worried about the sport" and called the failed test a "pretty serious accusation."

"These are pretty serious accusations here, but we’re going to get to the bottom of it and find out. We know we didn’t do it," he said.

Baffert said he was not sure how the anti-inflammatory drug betamethasone got in the horse's system.

He was forced to u-turn on this statement last week as he issued an apology for his handling of the announcement.

“I acknowledge that I am not perfect, and I could have better handled the initial announcement of this news,” Baffert said in a six-paragraph statement on Sunday.

“Medina Spirit’s Kentucky Derby win was so personally meaningful to me, and I had such a wonderful experience on May 1 at Churchill Downs that when I got the news of the test results, it truly was the biggest gut punch I had ever received and I was devastated.

“That, coupled with the fact that I always try to be accommodating and transparent with the media, led to an emotional press conference on May 9 in which I said some things that have been perceived as hurtful to some in the industry," he continued.

"For that, I am truly sorry. I have devoted my life’s work to this great sport, and I owe it and those who make it possible nothing but an eternal debt of gratitude.”

Following the news of the drug test, Churchill Downs also suspended Baffert from entering horses at the track.

“Given the seriousness of the alleged offense, Churchill Downs will immediately suspend Bob Baffert, the trainer of Medina Spirit, from entering any horses at Churchill Downs Racetrack," the statement continued.

“To be clear, if the findings are upheld, Medina Spirit’s results in the Kentucky Derby will be invalidated and Mandaloun will be declared the winner," Churchill Downs said.

Baffert has not yet commented on the new suspension from NYRA.

He won his seventh Kentucky Derby on May 1 with Medina Spirit. 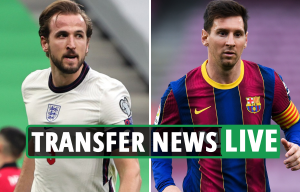 Harry Kane 'wants to leave' Tottenham, Man City back IN for Lionel Messi 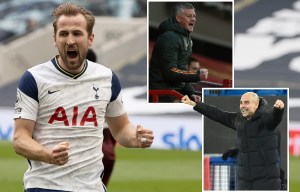 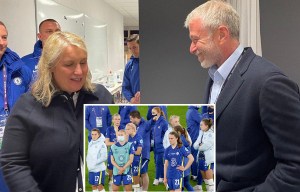 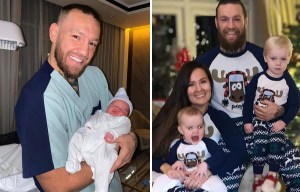 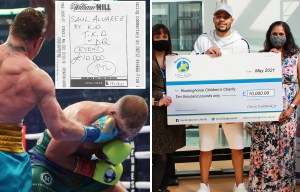 In the 1990s, he became one of the most successful Thoroughbred racing trainers.

In 2015, he was the first trainer in 37 years to condition a Triple Crown. The horse American Pharoah won the Kentucky Derby, Preakness, and Belmont Stakes.

He was inducted to the National Museum of Racing's Hall of Fame in 2009.