A MASSAGE therapist discovered Jeffrey Epstein was planning to abuse her when her name was found in his “little black book” of contacts.

Former Los Angeles musician Leland Nally, 27, managed to track down the address book of the disgraced paedophile financier through the internet site formerly known as 8chan.

He then started trawling through the vast list of names, telephone numbers, email addresses and postal addresses to try and get in contact with each one.

There is no suggestion that those listed in the book’s pages had any knowledge of Epstein’s criminal activities.

Nally estimates he spent around a year just trying to track everyone down and speak to them.

The book contained the contact details of 1,571 people, some who had never met Epstein or only had met him briefly.

Many names had numerous numbers listed for places like second or third homes, carphone or even yachts.

There are 16 numbers listed for Prince Andrew, including one marked “Balmoral” and another “Palace ex direc”.

In an article for Mother Jones he wrote: “I sat on my couch and phoned up royalty, spoke to ambassadors... and left squeaky voicemails for what must constitute a considerable percentage of the world oligarchy.

He even stayed awake until the early hours of the morning so he “could call every paedophile in London”.

The former Monty Python actor John Cleese was even listed although he thought he only appeared in Epstein’s book because “I once beat him at croquet”.

Other names that appear are Donald Trump, his wife Melania and his daughter Ivanka, along with the likes of Dustin Hoffman, Sir Mick Jagger, Henry Kissinger and Tony Blair.

Also listed under “Massage-California” were four names – Tracey, Anastasia, Sophie and Tiffany – without their surnames.

When Nally contacted one of the names that had a note beside it that said: “GM hasn’t tried yet,” the woman screamed “Oh, that’s so f***ing creepy.”

Once he phoned a private number at Buckingham Palace and asked to speak to the Duke of York.

Nally told The Times he was put through to someone else who asked angrily how he had got hold of the number and who he was before hanging up.

Often when he called up people they issued threats or simply hung up on him. Many numbers had been disconnected.

The first number he called was listed as the personal smartphone of Melania Trump, now the US’s first lady.

When he dialled it went straight through to voicemail with Nally “too scared to leave a message.

After he had dialled a few other number he received a mysterious call from a man claiming to be from the FBI and talked about fraudulent phone calls.

Nally said: “My first thought was that it was the Secret Service and something to do with my calling Melania, although it could have been some security stooge for someone else I’d called, pretending to be from the FBI.”

The strange call though indicated the book he had copied from the internet was genuine.

Going through the list he got in contact with the wealthy 90-year-old art collector Stuart Pivar who had been friendly with Andy Warhol.

In an hour-long conversation Pivar told Nally he had been Epstein’s “best pal for decades” and described Epstein as being “very, very sick” who he said suffered from “satyriasis” – the male version of nymphomania.

Pivar claimed not to know about Epstein’s fondness for underage girls.

He also gave an insight into the supposed “intellectual soirees” Epstein would have with scientists and thinkers.

But Pivar soon realised Epstein was a “bulls**ter” who posed pseudo-deep questions.

Nally quotes Pivar in the Mother Jones article as telling him: “While everybody was watching we began to realise he didn’t know what he was talking about. Then after a couple of minutes — Jeffrey had no attention span whatsoever — he would interrupt the conversation and change it and say things like, ‘What does that got to do with pussy?’”

Nally also came across a minor actress who had met Epstein before he became super-rich in the early 1980s and had stayed close to him while avoiding his sexual clutches.

Speaking on the condition of anonymity, Nally only refers to her as ‘Julie’, she claimed the girls weren’t just there to entertain Epstein but he used them to get close to powerful or influential men.

She told him: “He would take some rich guy and introduce him to a girl.”

Another woman he spoke to said she met Epstein at an art fair in Palm Beach, Florida.

He quotes the woman as saying: “Epstein came up to me and said, ‘Would you like a date with Prince Andrew?’”

The duke has repeatedly denied all knowledge of Epstein’s sexual activities.

Julie claimed that Epstein changed as he grew wealthier and “the Ghislaine thing is the key”.

British-born Ghislaine Maxwell, is currently in jail facing federal charges of enticement of minors, sex trafficking of children and perjury.

She has denied the accusations.

Nally wrote that Epstein and Maxwell’s relationships “was by all accounts tumultuous, toxic and life- altering for both of them.”

According to Julie, Epstein developed a “crush” on Maxwell soon after they met but she “treated him like crap”.

But things changed after Ghislaine’s father, the publisher Robert Maxwell, died in 1991.

Ghislaine was left an emotional wreck, according to Julie, and Epstein “went in for the kill”.

She told Nally: “He resented her for rejecting him when she didn’t need him and now that she did, he was going to exploit her. Jeffrey had money, Ghislaine had status. She used him and he used her.”

“He was mean to her in the end, when he wanted her gone,” said Julie. “He called her brain dead and he’d be rude to her in front of people.

“It made my skin crawl, and I didn’t even like her.”

Suzy Shuster, now a sports broadcaster, was 22 when she ran into a social event in New York.

She told Nally how initially she thought Maxwell was so glamorous and when Ghislaine called her a few days later saying Epstein had invited her to lunch at his Manhattan townhouse, she was excited.

Shuser said: “I thought to myself, like a total jackass, I am so interesting and so smart he must want to go on a date with me.”

When she arrived at his home she was greeted by a butler as Epstein walked down the staircase “dressed in a sweatshirt and jeans”.

He then took her on a tour of his master bedroom and his massage room, but if Epstein had a more sinister motive she never found out.

After an hour and a half he bluntly ended the lunch and told Shuster: “OK, you can go now.” 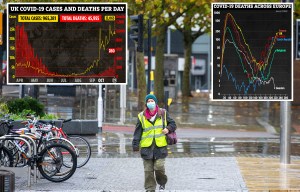 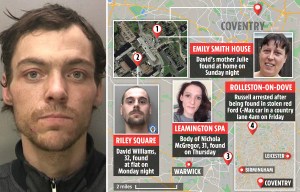 Nally told The Times: “Money is absolutely the biggest part. “Epstein is nothing without his fortune.

“He’s just a nobody, not particularly talented or gifted, not some searing intellect as he tried hard to market himself.”

He added: “Epstein didn’t have to be anything special to become a key player in an evil conspiracy. He had to be rich, and he had to be useful to people richer and more powerful than he was.”

Jurgen Klopp: Maradona is the best player in my life. Meeting him was like meeting the Pope
Chalhanoglu will move to Manchester United as a free agent in the summer of 2021 (Christian Falk)
Benzema, Carvajal, Ramos and Valverde will not play with Alaves due to injuries
Ronaldo will not play against Benevento. Pirlo gave him a rest
Zidane on Real Madrid's downturns: Stability in football is the hardest thing to achieve. The problem is not in relation
Alaba's agent wants to start talks with Chelsea and PSG in January
Klopp on the Premier League calendar: No matter what I say, it won't help. Waste of time
Source https://www.thesun.co.uk/news/13066368/jeffrey-epstein-black-book-leland-nally-ghislaine-maxwell/