MARK Wright and Michelle Keegan are taking the next steps in setting up their business empire by starting their own fitness company.

This business venture will propel the celebrity couple into multi-millionaire status, adding to their already enviable bank accounts.

Called Mysa Active, their former Towie star, Mark, 33, and actress Michelle, 32, set up the company on May 22, at the same time that Mark opened another company called Train Wright.

Both companies were registered as "physical well-being activities", with Mysa Active labelled as the "retail sale of clothing in specialised stores."

The new businesses is likely a way for the couple to cash in on Mark's very successful online workouts he is posting from their Essex home during lockdown.

Last year Mark left his dream job in the US to concentrate on his marriage to Michelle after two years of making a long distance romance work and he rejoined Heart FM when he got back to the UK, hosting a new Saturday show in a deal worth £150k.

Off camera he bought a £1.1m six-bedroom property in Chigwell, Essex, which he transformed into four luxury homes with smartphone-controlled heating and lighting and solar-panes.

According to Rightmove he flogged one last June for £1.1m, but two others have been on the market for a year. His sister Jess lives in the fourth.

While Mark’s company Chigwell Properties Ltd is in the red by £10k, if he sells the lot at asking price he’ll be £3.5m richer.

He also has assets of £1m in his modelling agency The Wright Look Models Ltd and a marital home worth around £3.2m – that’s an increase of £1.2m since he and Michelle moved in six years ago.

Mark earned £200k for modelling for Littlewoods, and signed a “huge deal” last year to be the face of Matalan and co-host its new web programme, The Show.

The star of Brassic also has a number of businesses registered under her name including Rosia Promos, a ‘performing arts’ company set up in 2013 and which held £1.2 million in September 2018.

Mark and Michelle married in 2015 and had already been doing well for themselves thanks to their successful acting and radio careers. 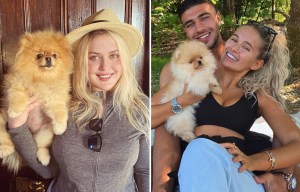 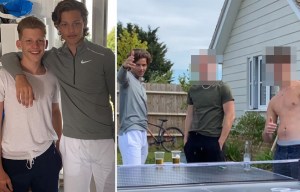 Last year they bought their Essex mansion for £1.3 million and plan to demolish it to create their perfect family home.

According to the MailOnline, the architect drawings reveal the house will feature a ground floor bar, gym, TV room, study, outdoor swimming pool – and a playroom.

In the meantime the couple are spending lockdown in their other home in Chigwell, Essex which is worth £2 million.

They bought the glam pad in 2013 and have worked hard to turn it into the perfect home - complete with six bedrooms, three bathrooms and a spacious garden.

The married couple purchased the gaff in 2013 and have kept it pretty much under wraps since then, just giving their fans just a few sneak peeks over the years.

Gattuso on Milan's penalty: the Rule needs to change. Jumping with your hands behind your back is another sport
Milan will offer 25 million euros for Celtic defender Ayer
Klopp on plans: Four years at Liverpool. After that, I want to do nothing for a year
Rogers Pro 1:4 with Bournemouth: Leicester play well only 45 minutes after the break
Inter and Roma are Interested in Garay
Liverpool want to sell Lovren, not let Him go as a free agent. Zenit are Interested in the player
PSG defeated Le Havre (9:0) in a friendly match. The game with Atalanta in the Champions League is in a month
Source https://www.thesun.co.uk/tvandshowbiz/11773533/mark-wright-michelle-keegan-company/