The snake was found in a shipping container filled with rocks, destined for stonemasons in the UK. Upon discovering the dangerous reptile, the stonemason immediately contacted the area’s animal hospital.

The snake was identified as a saw-scaled viper, which is thought to have been responsible for the deaths of more people than all other snake species put together, according to the Independent.

The BBC reported that it is the species’ tendency to live close to areas inhabited by people which makes the viper particularly deadly.

The snake was reported to the South Essex Wildlife Hospital, and representatives then collected the snake by encasing the reptile in a “locked box.”

The hospital said: "The authorities that had already been contacted were not responding to the situation so our reptile expert Steve and Tom the vet collected the very agitated and aggressive animal before someone was likely killed. 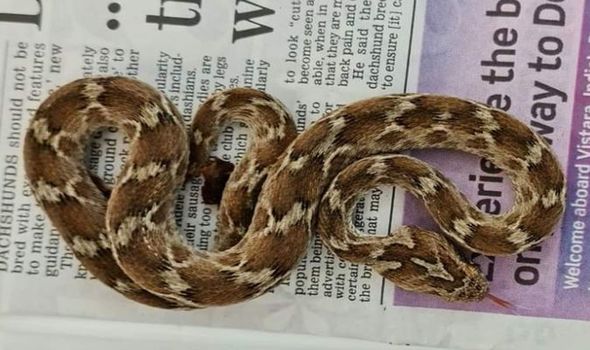 The snake was found in a shipping container filled with rocks, destined for stonemasons (Image: South Essex Wildlife Hospital) 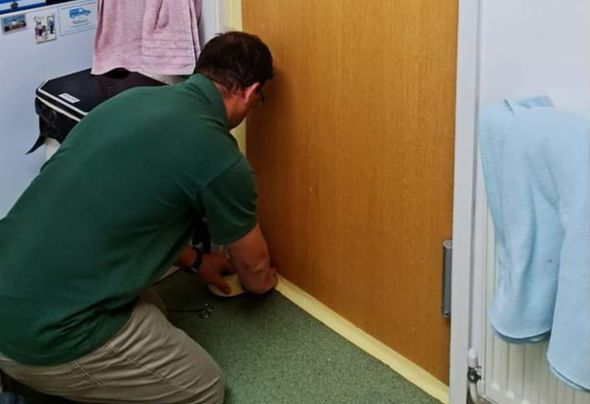 "It is now in a locked box in a sealed room (Tom taped up the door) with warning signs, awaiting collection from an appropriate facility that Sue our manager has contacted.

"We are glad not to have to deal with venomous creatures too often but feel sad for the snake that we can't give it freedom and get it back home."

Sue Schwar, founder and manager of the charity, commented that those who had discovered the viper in their shipment were “very lucky to be alive,” according to the BBC.

She added: "The snake was probably cold from travelling, so was not too active." 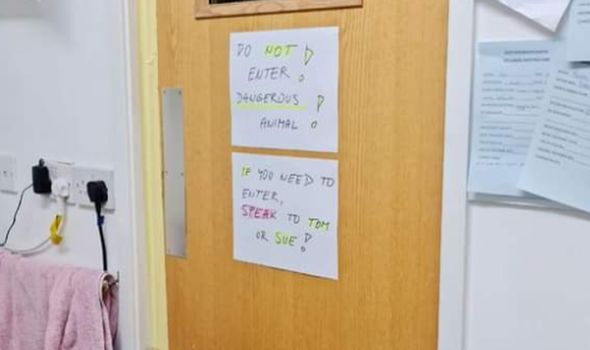 This species of snake is 'way up there in the top few most deadly snakes' (Image: South Essex Wildlife Hospital)

However, she did describe the snake as "hissing and spitting.”

Ms Schwar said responsibility for the snake would be transferred to a “responsible owner” with comprehensive knowledge of the species.

The South Essex Wildlife Hospital said that it "understood fully the gravity of how dangerous these reptiles are."

They added that this species of snake is "way up there in the top few most deadly snakes." 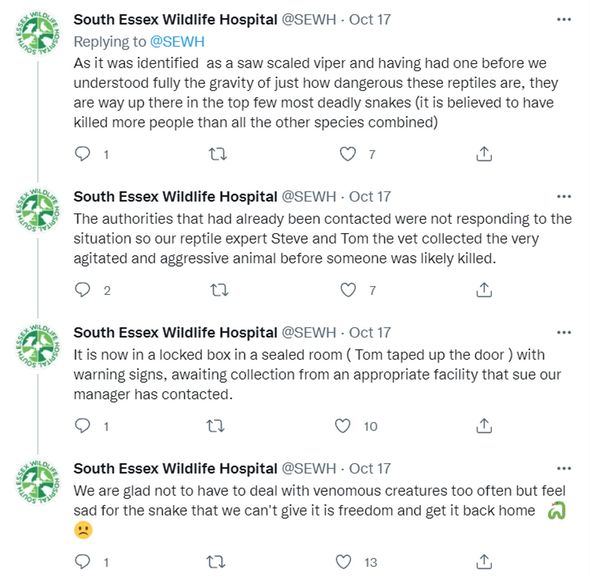 The Hospital said they were 'glad to not have to deal with venomous creatures too often' (Image: South Essex Wildlife Hospital)

The saw-scaled viper belongs to a family of snakes typically found across the Middle East, India, Sri Lanka, Pakistan, and parts of Africa.

They are not the most poisonous snakes but can be quick to strike when presented with what they perceive as a threat, according to the BBC.

National Geographic describes how “most snakes are harmless to humans, and even dangerously venomous ones are unlikely to bite us or to inject much venom.”

They say, however: “The saw-scaled viper is a rare exception.

“It’s aggressive and hard to spot.

“It’s common to parts of the world that are densely populated by humans. And it has a potent venom.

“Toxins in the venom can break down the membranes that line our blood vessels, and max out our ability to clot.”

The result, they say, is “catastrophic bleeding.”