The amateur rider suffered an awful fall at Taunton on April 8.

Brooke was airlifted to hospital after she came off horse Orchestrated - trained by her mum Lady Susan Brooke - and had been in an induced coma.

Her death was announced in a statement released by the Injured Jockeys Fund on Monday morning.

The statement read: "It is with deep sadness that we have to share the tragic news that Lorna Brooke passed away yesterday.

"Her family thank everyone for their kindness in the last ten days, particularly the staff at Southmeads Hospital who were so professional.

"They will be having a private funeral and will hold a celebration of Lorna's life once Covid-19 restrictions allow."

Racing at Taunton in Somerset was stopped for over an hour while racecourse medics attended Brooke.

She was taken to Southmead Hospital in Bristol by helicopter.

She underwent tests for a suspected spinal injury but, due to complications suffered as a result of her fall, was placed in an induced coma on Friday before sadly passing away on Sunday. 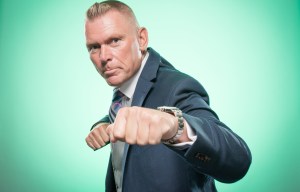 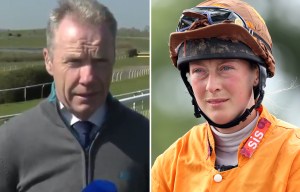 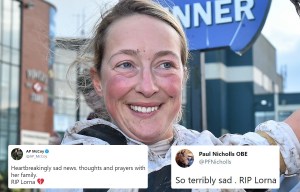 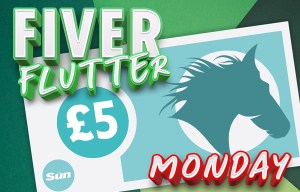 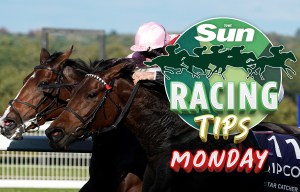 Brooke had ridden 17 winners in Britain and Ireland over the course of her career, which started in 2001.

Arguably her biggest triumph came in November 2015 when she landed a Ladies Handicap Chase at Fairyhouse aboard 25-1 shot Moonlone Lane - a horse previously ridden by AP McCoy.

Devastated racing fans expressed their shock and sadness upon learning of her death.

SunSport columnist Matt Chapman wrote: "Amateur jockey Lorna Brooke has sadly and tragically passed away. We can only send our deepest sympathy to her friends and family. And remember the sport we love can be so so tough."

Grand National-winning trainer Henry de Bromhead said: "Our thoughts are with the family and friends of Lorna Brooke."

The British Horseracing Authority (BHA) have released a statement in light of Brooke's tragic death.

The statement read: "We are deeply saddened to learn the tragic news of Lorna Brooke's passing.

"The entire racing community is in mourning today and our thoughts are with Lorna's family and friends.

"We ask for the privacy of Lorna's family to be respected at this time and we await the opportunity to celebrate her young life when restrictions allow.

"The Chief Executie of the BHA, Julie Harrington, said: 'Everybody at the BHA is devastated by this news.

'Lorna was a much-loved member of our sport, in which she and her family are steeped.

'Lorna demonstrated many of the qualities that make British racing so special. She was a proud competitor and somebody who was driven by an abundance of love not only for the sport but for the horses she competed with.

'My thoughts, along with everybody else who loves racing, are with Lorna's family, friends and colleagues at this dreadful time'."

One racing follower posted online: "Absolutely devastating thoughts go out to her family and friends."

Another wrote: "Awful, awful news about Lorna Brooke. We are perhaps guilty of underestimating the immense danger jockeys/work riders are in every time they go out to ride, both in the mornings and in races."

A fellow Twitter user said: "What horrible news. Thoughts with all family and friends of Lorna and everyone connected with her in the sport."

One shocked fan posted: "My blood had just run cold. Cannot believe what I have just read about Lorna Brooke. Words cannot express my feelings."

We are all devastated to hear of the death of Lorna Brooke. She was so proud to win the 1st ever ladies chase run in Ireland or England in 2015. She rode 25/1 shot Moonlone Lane for Paul Stafford & was just so happy to get a ride in the race but her smile says it all on winning pic.twitter.com/kw6G7C7X3U

While another wrote: "Devastated to hear that Lorna Brooke has tragically passed away following her fall at Taunton. Sending support to all connected with Lorna. Horrific news."

She suffered 'significant' swelling on her brain as a result of the fall, and was said to be in a 'serious but stable' condition in intensive care.

Fellow jockeys and fans had passed on their well wishes before her tragic death was confirmed.

A minute's silence in Brooke's honour was held before the first race at Pontefract racecourse on Monday afternoon, and those riders at Windsor stood silent in her memory as well.