Mountbatten was the Queen’s third cousin, Prince Philip’s uncle and Prince Charles’ mentor. The Crown highlights his key role in the Royal Family and his significant influence over both Philip and Charles. In season four of the Netflix drama, released last month, Prince Charles alludes to Mountbatten’s own infidelity when discussing his liaison with Camilla Parker Bowles.

During a telephone call in episode one, Mountbatten says: “Oh Charles, you’re not still seeing her are you? You know what the family thinks.”

Mountbatten presses: “And what I think too?”

Charles replies: “Yes, and the richness of that is not lost on me either. 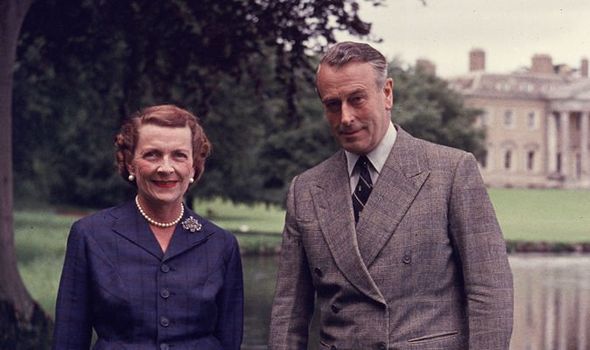 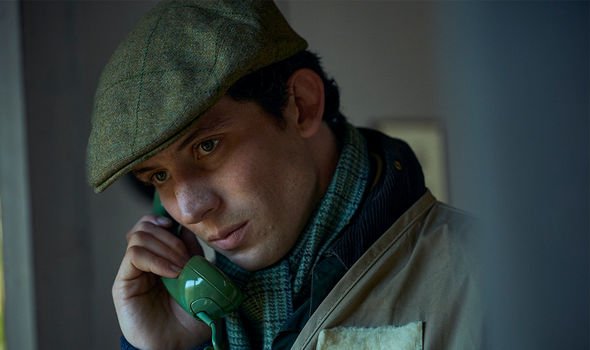 Josh O'Connor as Prince Charles on the phone to Mountbatten in The Crown (Image: Netflix)

“The idea that you of all people should lecture me about the sanctity of marriage and affairs of the heart needing to be conventional, because you and Edwina hardly blazed a trail in that department.

“At least when Camilla and I commit adultery there aren’t national security implications involved.”

While The Crown is a fictionalised drama about the Royal Family, there is significant evidence that Mountbatten and his wife did not limit their relationship to just inside the marriage.

According to Philip Ziegler’s 1985 book ‘Mountbatten: The Official Biography’, Mountbatten once admitted: “Edwina and I spent all our married lives getting into other people’s beds.” 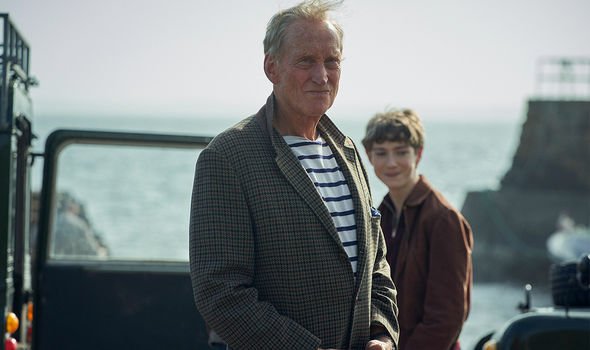 Charles Dance as Lord Mountbatten in The Crown (Image: Netflix)

According to his daughter Pamela Hicks in her 2012 book ‘Daughter of Empire: Life as a Mounbatten’, he maintained an affair for several years with Yola Letellier, the wife of Henri Letellier, publisher of Le Journal and mayor of Deauville.

The French socialite is widely credited as being the inspiration for the main character in Colette’s 1944 novella Gigi, as well as the 1949 film based on the literary work, the 1951 stage adaptation and the 1958 musical film.

Meanwhile, Edwina ‒ who was a wealthy heiress and daughter of a Conservative MP ‒ also had affairs and did little to hide them from her husband over the years.

Ms Hicks described her mother as “a man eater” and her mother’s many lovers as succession of “uncles” throughout her childhood. 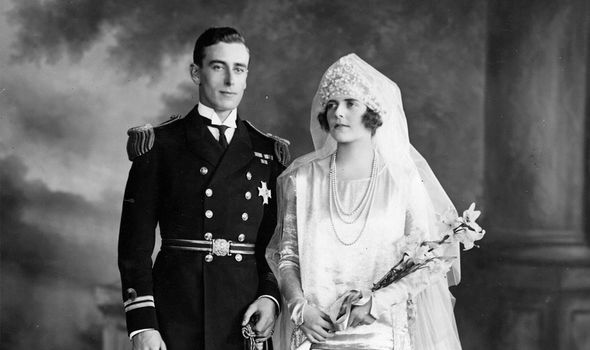 Andrew Lownie wrote in his 2019 book ‘The Mountbattens: Their Lives and Loves’ how Edwina had started having affairs by 1925, just three years after they got married.

She reportedly had a 10-month affair with Hugh Molyneaux, a long-time friend, heir to the Earl of Sefton and described as the “best looking man in society”.

She then moved onto Stephen ‘Laddie’ Sanford, heir to a $40million (£29.7million) fortune and a champion polo player, who she was involved with for several years.

Mr Lownie wrote how Lord Mounbatten suspected nothing at first until the Prince of Wales - later Edward VIII and the Duke of Windsor - alerted him to it.

By September 1926, Edwina was also seeing Mike Wardell, an ex-cavalry officer who lost an eye in a riding accident and wore a black patch.

Edwina continued to juggle these three men on top of her husband, with one diary entry from 1927 reading: “Lunch with Hugh at the Berkeley Grill… Had dinner on a tray and then Mike came to see me”.

Meanwhile, Laddie was “pressing her to leave” her husband, with Mr Lownie claiming: “Each weekend at Adsdean, the lovers would argue about their future”.

Edwina’s affair with Jawaharlal Nehru, Prime Minister of India, both during and after their post-war service was particularly notable. 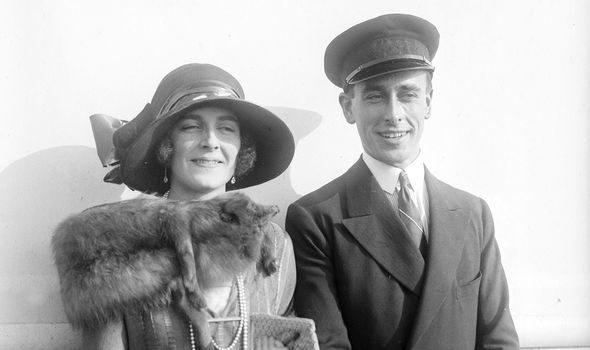 Lord Mountbatten and his wife Edwina reportedly both had affairs (Image: GETTY)

She also reportedly had an affair with Grenadian jazz singer Leslie Hutchinson.

After Edwina’s death in 1960, Mounbatten was involved in relationships with young women, according to his daughter Patricia, his secretary John Barratt, his valet Bill Evans and William Stadiem, an employee of Madame Claude.

In episode one of The Crown season four, not long after the conversation quoted above, Mountbatten is murdered.

This is based on the real-life assassination of the Earl by the IRA in 1979.

Mountbatten had been out fishing with his family when a bomb, which had been planted on the boat, was detonated by IRA paramilitaries.

The explosion killed not only Mounbatten himself, but his 14-year-old grandson Nicholas Knatchbull, a 15-year-old schoolboy who was helping out as a boat boy, and the 83-year-old Dowager Lady Brabourne.

The terror attack, which took place on August 27, was coordinated with a simultaneous attack on Warrenpoint, which resulted in 18 spiders dying and one civilian. 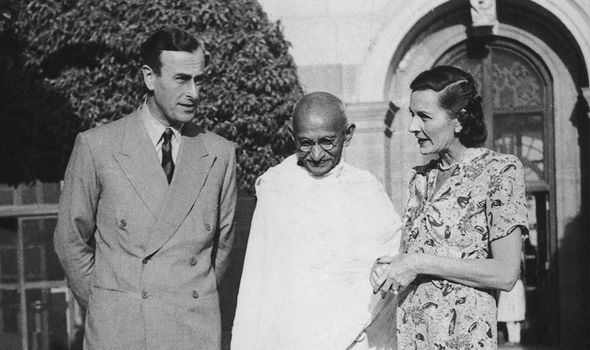 The Crown depicts the Royal Family struggling with the grief of losing Mountbatten, especially Prince Charles who viewed him as a surrogate father, due to his strained relationship with his actual father Philip.

It also suggests that Charles’ decision to propose to Diana was in part down to his last conversation with Mountbatten, as well as a letter he received from him, which he wrote shortly before his death.

However, Andrew Lownie, author of the book ‘The Mountbattens: Their Lives and Loves’, told Express.co.uk that Mountbatten would never have lectured Charles about his affair with Camilla.

He said Mountbatten and Charles “remained very matey” right until the end. 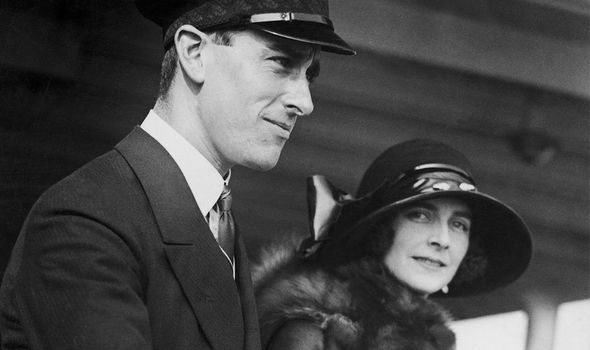 Lord and Lady Mountbatten both had affairs (Image: GETTY)

The expert added: “He did lecture him about his behaviour, but only as a result of him being selfish going away for a holiday in the Bahamas in the spring, but there was no lecture about Camilla or any of those things.”

Indeed, Mountbatten was of the opinion that, like himself, Charles could marry a respectable woman but continue having mistresses alongside that.

'The Mountbattens: Their Lives & Loves' was written by Andrew Lownie and published by Blink Publishing in 2019. It is available here.

Bruno picked up 4 Player of the Month awards in 2020. Ronaldo, Henry and Lampard had the same number-but for a career in the Premier League
Lev - the best coach of the decade in the national teams, Deschamps-2nd, Shevchenko-17th (IFFHS)
Head of the Premier League: We ask players not to hug and change their behavior
Milan had rented the midfielder, Torino Meite until end of season with option to buy
Ramos played on painkillers with Athletic due to knee problems
Barcelona's presidential election is scheduled to take place on March 7
Sir Alex Ferguson: Fortunately, I was retired when I watched Liverpool play in the last two years
Source https://www.express.co.uk/news/royal/1367607/royal-family-news-lord-mountbatten-edwina-the-crown-netflix-spt?utm_source=feedburner&utm_medium=feed&utm_campaign=Feed%3A+daily-express-news-showbiz+%28Express+%3A%3A+News+%2F+Showbiz+Feed%29