London is on course to record the worst year for teenage killings in more than a decade, the Metropolitan Police has warned.

The capital’s overall murder rate is down, but the force warned that if youth violence continues at the current rate, it could lead to the highest number of homicides of young people since 2008, when 28 were killed.

Seventeen teenagers have been killed in London so far this year, even as serious violent offences declined by 22%.

But the Met said knife and gun violence had sparked a worrying rise in teenage killings, with suspects charged in 13 of the 17 investigations.

15 of the victims were killed with a knife and more than two-thirds were black, the force added.

By May 2021, 12 young people had been killed compared to 14 in the whole of last year. Then, in June, three teenagers lost their lives in a single week as a result of knife and gun violence.

Nineteen-year-old Taylor Cox was shot in the head in Islington on June 8 and two days later Denardo Samuels-Brooks, 17, was chased and stabbed to death in Streatham.

Jalan Woods-Bell, 15, was stabbed on his way to school in Hayes last Friday.

Yvonne Lawson, who lost her 17-year-old son Godwin to knife crime in 2010, said: ‘It has been 11 years since I sadly lost Godwin. Eleven years on, mothers are still losing their babies to knife crime in our capital.

‘We should never get desensitised or complacent to youth violence. My dream 11 years ago was to prevent another mother from reliving my pain.’

The Met says it plans to increase the amount of officers on the streets as well as patrols of open spaces, parks, bars and clubs this summer.

It added that there will be ‘surge activity’ in areas ‘known for serious violence and gang activity’ and a robbery operation targeting suspects using e-scooters and mopeds to commit crimes.

Patrick Green is the CEO of London knife crime charity The Ben Kinsella Trust, set up in honour of a 16-year-old boy who was killed on his way home from celebrating the end of his GCSEs in 2008.

He said: ‘When Ben was murdered, he was the 17th teenager to lose his life to violence that year. Almost 13 years to the day, 17 teenagers have lost their lives in 2021. Knife crime is everyone’s responsibility and collectively, we have made no progress.

‘I welcome the initiatives from the Met Police to tackle the recent surge in knife crime, but we must also recognise that knife crime is now a problem which has spanned generations.

‘For meaningful and long lasting positive change to take place, any collective response must extend beyond this crime spike and remain in place to tackle the issue for future generations.’

In 2019, the UK saw the highest amount of crimes involving knives in history. 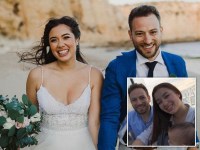 The number of overall homicides investigated by the Metropolitan Police in London fell from 150 in 2019 to 126 in 2020 but it also reported a rise in the number of domestic killings.

Pastor Lorraine Jones, who lost her son Dwayne Simpson, 20, when he was stabbed in Brixton last year, called for the issue to be addressed as a ‘matter of urgency’.

She said: ‘As a mother who has lost her son through the senseless killings caused by youth violence, I plead with all communities, families, local authorities, social services, schools and faith groups to step up and engage more with our troubled youth before it results in violence.’

The Metropolitan Police said that while it ‘understands that some people may not trust police’, it is working to ‘build those relationships’ and show that preventing violence is its ‘number one priority’.

Commander Alex Murray, lead for violence, said that part of the problem is people not coming forward with information.

He said: ‘Detectives investigating serious violence often meet silence from people we know have information that could help prevent violence. We have seen it recently in the tragic shooting of Sasha Johnson that took place last month.

‘We simply cannot do this alone: everyone has a role to play.

‘Community leaders, businesses, politicians, youth workers, parents and teachers – quite literally anybody and everybody – if you have networks that can help, please use them to get the message from these mothers across.’