Liverpool are reportedly considering a move for Adama Traore but only if Sadio Mane or Mohamed Salah leave the club.

Football Insider that the club’s recruitment team have placed the Wolves on their shortlist of attacking targets as they assess potential wide forward options. 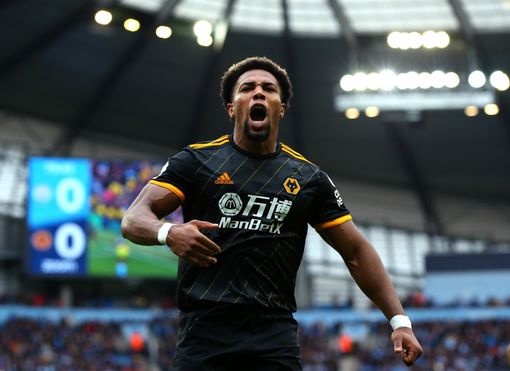 The Reds have no interest in selling Mane or Salah but are concerned by Real Madrid's interest according to the report.

And should they lose either player, Traore could end up being their desired replacement.

Oh Ben. What have you done, mate?

You are definitely getting 'LFC' shaved into the back of your hair.

If you wanted Jadon Sancho at Anfield, the latest reports say it ain't happening.

The Mirror report they are no longer monitoring his situation, leaving Chelsea and Manchester United to battle it out for the Borussia Dortmund winger.

The report adds Liverpool would never have considered any approach unless they were forced to sell one of their fabled front three, which will not be happening this summer.

The Premier League have admitted their are no quick answers to the Coronavirus pandemic and when football can return from its enforced suspension.

It's April 1st and you'd be a fool to miss out on all the Liverpool news and transfer rumours we've got coming your way today.

So keep me company on today's LIVE blog and you won't miss a thing.

As soon as Raheem Sterling said how much he loved Liverpool on that Instagram Story Q&A, you just knew it'd take no time for him to be linked with a return to Anfield.

And sure enough, here we are.

Reports over in France claim the Reds are keen on a reunion and the winger's representatives have refused to rule it out.

Not sure how the French have got this one but there you go. Oh and we have quotes too, what fun.

L'Equipe have now reported that the Jurgen Klopp could make a move for the 25-year-old this summer once he is certain of his transfer budget.

According to the report, one of Sterling's representatives responded to the rumours by leaving the door open for him to make a shock return.

He said: 'Even if Raheem is attached to Manchester City, he hasn't forgotten Liverpool, because that's where he became who he is as a man and as a player.

'Of course, there was controversy surrounding his exit, but since then, time has run its course and everything is possible'.

And the report adds Sterling would be quite keen on a return to Merseyside too.

Good for him. Next!

Bale and Mariano Diaz missed real's two-way game as a precaution. The Welshman is overworked
Ex-coach of the Kazanka river Klyuyev can lead Dinamo St. Petersburg
Barca defender Miranda is of Interest to Borussia Gladbach, Juventus, Betis, Porto and PSV
Tataev was our best player in both games. The coach of mladá Boleslav on the own goals of Alexis
Gianni Infantino: I have Heard Interesting proposals about the salary ceiling, limiting the amount of transactions, creating a reserve Fund
Herta Darida's midfielder ran 14.65 km in the game against Borussia Dortmund. This is a Bundesliga record
Neuer on the action black Lives matter: We are tolerant, open to the world and there should be no barriers to this
Source https://www.liverpoolecho.co.uk/sport/football/football-news/liverpool-transfer-rumours-news-live-18018513