LARRY King’s three sons broke their silence after their famous dad’s tragic death following his battle with Covid-19 and admitted to being “heartbroken.”

After the longtime CNN host died early Saturday morning after being sick with coronavirus, Larry’s children offered fans insight into his family life.

“We are heartbroken over our father's death, and together with our extended family mourn his passing,” the trio began the statement.

The King sons continued: “The world knew Larry King as a great broadcaster and interviewer, but to us he was 'dad.'

“He was the man who lovingly obsessed over our daily schedules and our well-being, and who took such immense pride in our accomplishments -- large, small, or imagined.

“And, through it all, we knew without a doubt in the world that he loved us more than life itself.”

They gushed that the TV icon was an “amazing father” and was “fiercely loyal to those lucky enough to call him a friend.”

After receiving an “outpouring of love” and support from admirers all over the world, the sons said they have been moved by the messages.

The family concluded: “The remembrances of his remarkable career have touched us deeply and we are so thankful.

“In lieu of flowers, we kindly ask consideration of a donation to the American Heart Association or the Beverly Hills Fire Department EMS, to which a debt of gratitude is owed for the wonderful care they provided to our dad in his final years.”

The tragedy comes one year after Larry lost two of his adult children, Andy, 65, whom he adopted, and his daughter Chaia, 52.

Andy died last July from what the family said was a heart attack, and his daughter Chaia died on August 19 after succumbing to lung cancer.

On Saturday morning, Larry passed away at Cedars-Sinai Medical Center in Los Angeles, after being teated for coronavirus.

The devastating news of Larry King's death was announced on his official Twitter page.

His production company praised him, writing: ”For 63 years and across platforms of radio, television and digital media, Larry's many thousands of interviews, awards, and global acclaim stand as a testament to his unique and lasting talent as a broadcaster.

“Additionally, while it was his name appearing in the shows' titles, Larry always viewed his interview subjects as the true stars of the his programs, and himself as merely an unbiased conduit between the guest and the audience.”

Larry had been hospitalized at the beginning of January after testing positive for coronavirus.

While the talk show host battled the virus in the hospital, his estranged wife, Shawn, and two sons, Chance and Cannon, were unable to visit him due to Covid-19 protocols. 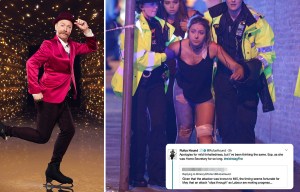 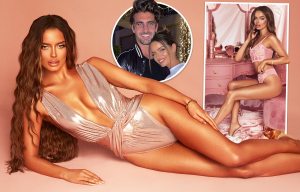 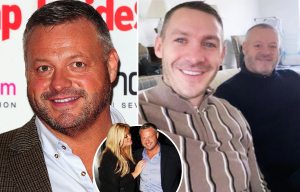 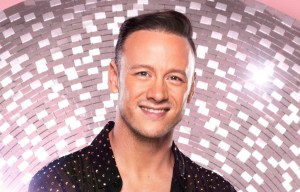 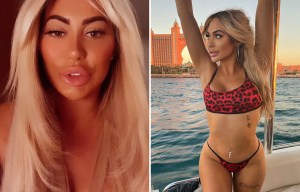 Though the couple was still legally married, in August 2019, Larry filed for divorce from Shawn just five months after he suffered a stroke.

Larry’s oldest son, Larry Jr, 58, is from a brief marriage - one of seven the interviewer had in his lifetime - to Annette Kaye.

Zlatan will miss at least 10 days due to a hip injury. The game with Manchester United - March 11
Moriba on hugging Messi: With the greatest of all time 🐐 😍
After four Champions League wins, Bale is still in doubt. It's hard to accept. Davies on Gareth
Barcelona about the search of offices: We provide full cooperation to the police. We respect the judicial process and the presumption of innocence
Danny Murphy: The race for the Premier League title is over. Man City is ruthless. Now there is only a fight for the top 4
Pep Guardiola: Garcia will play for Barcelona. Eric-top player
Ex-President of Barcelona Bartomeu and 2 other people detained in the case of Barcelonagate
Source https://www.thesun.co.uk/tvandshowbiz/13833005/larry-king-death-sons-heartbroken-thankful-support-mourn-covid/