A LABOUR mayor who said Boris Johnson “completely deserved” to be in intensive care with coronavirus has been SACKED by her law firm.

In response to a post asking people to say a "little prayer" for Johnson, Cllr Oakes replied: "Sorry, he completely deserves this and he is one of the worst PMs we've ever had."

She was swiftly kicked out of the Labour Party and has now also lost her job as a paralegal at VHS Fletchers Solicitors in Ilkeston, Derbys.

In a statement on Wednesday, the company said: "As you may be aware, on Monday evening Sheila Oakes, a paralegal at our Ilkeston office and also Mayor of Heanor posted deeply offensive remarks relating to the Prime Minister's current state of health on Facebook.

We can confirm that as of now Ms Oakes is no longer employed by this firm in any capacity.

"These posts were made in a personal capacity, but it was clear from her Facebook bio that she was an employee of this firm, and as a result we became embroiled in understandable and legitimate criticism of what she had said.

"We can confirm that as of now Ms Oakes is no longer employed by this firm in any capacity”.

The firm added that the views were “ not shared by the partners or any other members of staff”.

She will keep her seat as a councillor until the next election, but is now an independent politician.

"This means that Cllr Oakes does not currently sit as a Labour councillor and further due process will follow.

"We wish the Prime Minister, and all who are suffering with this awful disease, a speedy recovery and send love and solidarity to them and their families.

"It would be inappropriate to comment further until due process has taken its course."

"As the local mayor, she should be acting in a non-political way as she represents the town, this is clearly not the case in these circumstances."

It was a stupid thing to say. I Regret it. I hope Mr Johnson and his family are fine, especially his fiancé Carrie who is carrying their baby.

"The comment was posted in the heat of the moment. I was angry at the time because of what I see as the lack of care for nurses, especially over the lack of PPE.

"It was badly worded but I was trying to point out that the government are making mistakes in tackling coronavirus."

Cllr Oakes, 56, a councillor for more than ten years, added she did not know if she would resign. 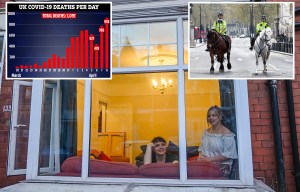 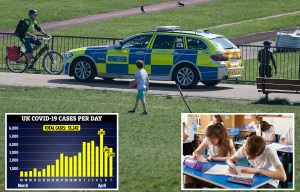 Schools WON'T reopen after Easter after minister suggested they could 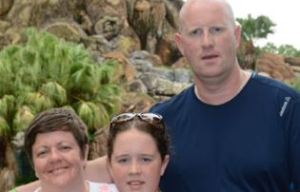 Postman, 45, texted 'I love you, this is crazy' just before virus death 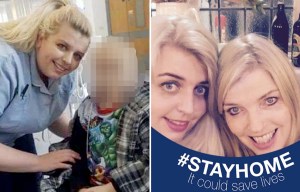 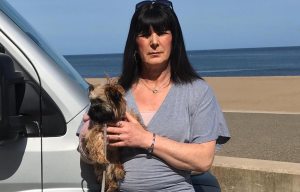 She said: "We will see how things play out. I am not going to make a sudden decision. It may be for my colleagues in the Labour Party to decide.

"As a lawyer I should have known better. It was never my intention to upset anyone. I am really sorry for what I said. It was a really stupid thing to do.."

A petition has also been launched to remove Cllr Oakes from her role as Mayor of Heanor.

Milan and Valencia are Interested in the midfielder of Saint-Etienne Benhalima
Osimhen's agent: only Napoli 100% wants Victor. Newcastle and Tottenham are only Interested
Lewandowski has scored everything in this Bundesliga. This time I put on a show with heels: first I launched a three-piece with Kimmich and Mueller, then I closed it in touch
Chicharito: the Appointment of Moyes to Manchester United is a mistake that still haunts the club
Pallotta refused to sell rum to Friedkin for 475 million euros. Negotiations are unlikely to continue
Flick surpassed Guardiola by winning 22 of the first 25 matches at Bayern. This is the best result since 1965
Flick about the game with fortune: After 5:0, the coach has little work to do
Source https://www.thesun.co.uk/news/11360379/labour-mayor-sacked-for-boris-coronavirus-post/

Mark Steel: Dominic Cummings' actions tell the public rules are to be broken

Cardiff City return one positive result after third round of testing

SpaceX launch LIVE: Astronauts blasted into orbit are set to fly over Scotland

Five most popular takeaways ordered in Liverpool during lockdown

Can I see the SpaceX rocket in the UK tonight?

When will the Britain's Got Talent live shows return?

My partner won’t even touch me – is my C-section putting him off my body?

After Bernie: where next for the US left?

17,000 fines for lockdown breaches - how many have there been in your area

Man Utd ‘still being haunted’ by David Moyes and it was ‘mistake’ to replace Ferguson with him, says Javier Hernandez

Meghan and Harry protected by guards who keep A-listers safe for £7,000 a day

RAF drone pilot kills terrorists from 3,000 miles away 'like stepping on ants'