Andrew Marr questioned how Labour can criticise the UK Government's handling of the pandemic as the party failed to put any pressure on them during a crucial vote on travel quarantine. The BBC presenter added that Sir Keir's official policy remains unclear other than a statement of "we need to be very careful".

Mr Marr said: "You talk about the first wave Yvette Cooper, Labour did not ask for more restrictions then.

"During the summer when so many people were coming in and out of the country and so many new variants were arriving in the country, Labour's position so far as I can tell was exactly the same as the Government's position.

"And then in February, the party was calling for mandatory isolation in hotels for people coming in from anywhere into the country.

"When it came to the crucial moment for that vote, you put no pressure on them whatsoever. 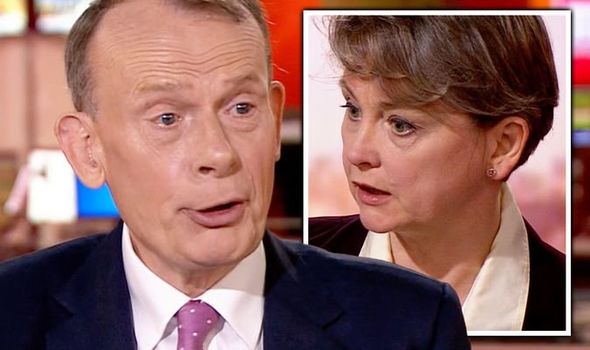 "If I am looking for the Labour Party's official policy right now all I find is Keir Starmer saying 'we need to be very careful'."