Incredible images on the ground showed a large column of superheated ash and gases shooting from the Cumbre Vieja on the Canary Islands. At the same time incredible satellite images revealed a bullseye-shaped cloud formation above the island.

Known as a temperature inversion, the rare phenomenon is caused by a temporary elevated layer of hot air acting as a lid - trapping the volcano's plume in the troposphere.

Normally, a volcano's eruption plume rises straight up into the stratosphere — the second layer of the atmosphere, which extends from about four to 12 miles (6 to 19 kilometers) above Earth's surface.

In the case of La Palma, the hot air and ash hit a layer of dry, warm air that swept across from the Sahara.

This air acted like a lid, preventing the plume from rising any further and forcing it outwards - creating swirls around 3.3 miles above the Earth’s surface. 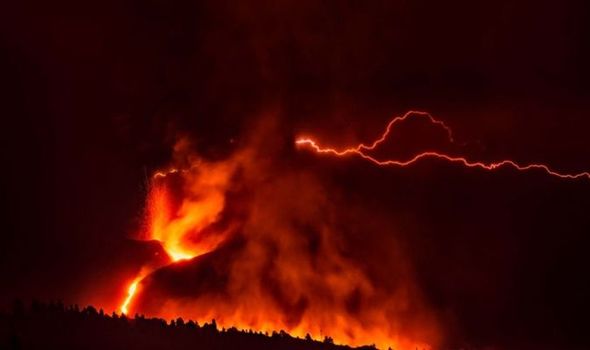 Rivers of lava were seen flowing from the volcano (Image: Getty) 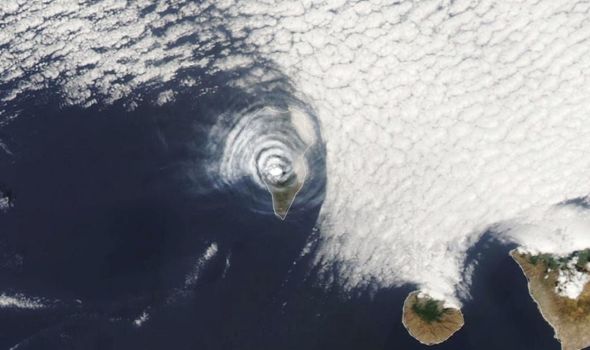 Incredible images of the bullseye were taken by the Moderate Resolution Imaging Spectroradiometer (MODIS) onboard NASA's Aqua satellite.

The unique process was caught on camera by the Izaña Atmospheric Research Center in an incredible time-lapse video.

At the same time, amazing images on the ground showed rivers of lava coming from the volcano as its devastating eruption shows no signs of stopping.

The eruption has led to hundreds of people being evacuated from their homes. 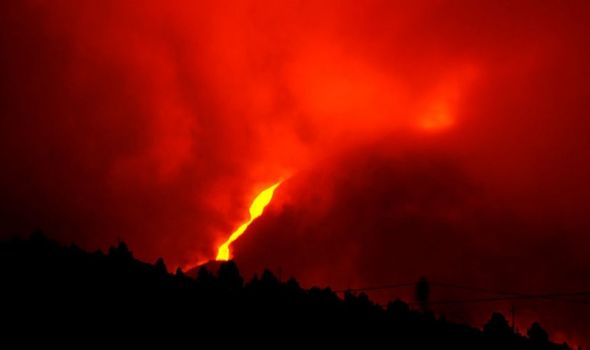 It was hoped that it would end in a matter of days - and people would be able to begin returning to their homes shortly afterward.

Unfortunately, that hasn’t happened and the current situation appears increasingly unlikely to change in the immediate future.

Writing on Twitter, Maxar said: "The lava is forming a huge delta on the La Palma coast and has claimed around 98 acres (40 hectares) of new land from the Atlantic Ocean.” 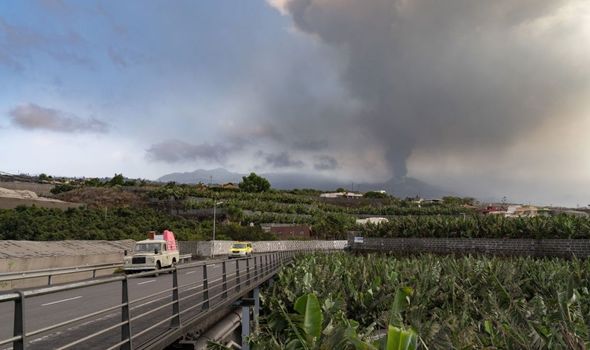 "One of our crews was able to film a real lava ‘tsunami’ today," Involcan tweeted.

"Impressive speed and overflow of the lava channel." 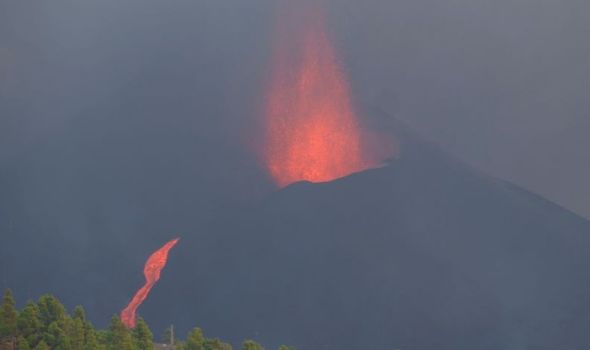 Lava has continued to spew from the volcano (Image: Getty)

The volcano erupted on September 19 - more than 50 years after it last showed activity.

It came as no surprise after geologists detected more than 20,000 mild earthquakes in the weeks before the eruption.