A HEARTBROKEN teen girl who lost her mom, dad and little sister in the Kobe Bryant helicopter disaster is coping with the grief through “isolation and alone time”, her uncle told The Sun.

College baseball coach John Altobelli, 56, was with his youngest daughter Alyssa, 13, and wife Keri, 46, when the chopper crashed in Calabasas a year ago today.

🏀 Follow our Kobe Bryant anniversary live blog for the latest news and tributes...

The accident killed all nine people on board, including basketball star Kobe, 41, and his 13-year-old daughter Gianna - known as Gigi - while they were on the way to a basketball tournament.

John’s younger brother Tony Altobelli, 50, told The Sun how the coach’s surviving daughter Lexi, 17, has been dealing with the tragedy as best as possible while living with her half-brother JJ Altobelli - and is preparing to move to start college.

Tony said: “They are coping as good as can be expected. JJ is Lexi’s guardian now, which is great.

“The one thing they really wanted to ask for from everybody was some isolation and some alone time for them to sort their lives out and figure out what their next moves are, and we've given that to them.

“Lexi is finishing up at Newport Harbor High School, she's a senior this year.

“I believe she's going to be moving on to the University of Texas for college.
That will be great for her, it's an amazing school.

“I think getting away from all this might be a good thing for her as well.

“JJ is a scout for the Boston Red Sox and he has grown up very quickly because of what happened.

“We just want them to know that the support’s there whenever they want it but in the meantime they’re doing their thing and taking care of each other.

“It was hard for me to lose a brother but I can’t imagine what it must be like to lose the core of your family like Lexi did. I can’t even fathom that.”

Tony - a sports information director at the Orange Coast College where John spent 27 years working as coach for the Pirates baseball team – told how the Covid-19 pandemic had made grieving the loss of his brother, sister-in-law and niece even harder.

“It’s pretty surreal and hard to believe that it's been one year," he said.

“Then in other ways it feels like it's been 10 years, it just kind of comes and goes with the waves of emotion.

“I've really tried to do a good job by just being there for everybody as much as I can while at the same time making sure I'm doing okay as well.

“It's been a hard year with Covid, social unrest and the postponement of our sports programs.

“Everything has just been put on hold because of this virus and that was not the year we needed.

“We needed normal, we needed a season to drain the abscess a little bit, and we weren’t able to do that.

“It’s been really hard on everybody. It’s terrible but fortunately we’re a close-knit group and we try to take care of each other as best we can.

“The fact that you can’t hug people made it so much harder.

“When you’re going through something like this you need a hug, you need some kind of support and camaraderie and togetherness.

“This stupid thing denied that to everybody, not just me and my family but other people that are going through heartache.

“The cruelest fate that this year bestowed upon us was going through this awful thing and having to do it alone.

“It was a hard year, mainly because we couldn’t love and support each other as much as we wanted to.

“It was an awful combination of things that happened this year.”

But despite dealing with the heartbreak of losing loved ones, Tony said he does not feel anger towards Ara Zobayan, the man who was piloting the helicopter that day.

Asked about the wrongful death lawsuit filed by Bryant’s widow Vanessa, he told The Sun: “There are certain parts of this tragedy that I have intentionally just stayed away from because it’s too painful.

“People have asked me if I’m mad at the pilot. No, he wasn’t trying to kill anybody that day.

“It was an accident, things happen.

“I don't even think about those kinds of things. All I think about is my brother and what he meant to me and how we can help not only my family but others involved with this thing." 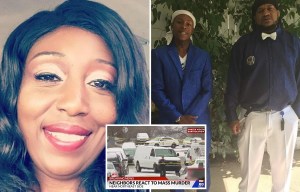 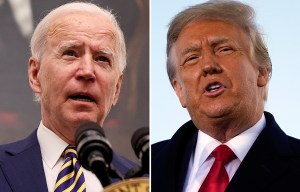 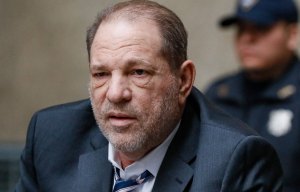 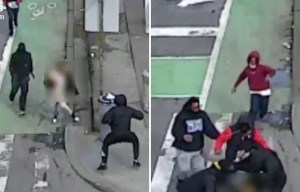 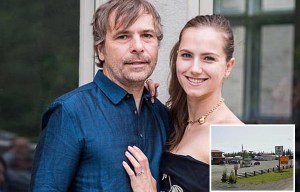 Earlier this week, Kobe's mentor Jeremy Treatman told The Sun how the Bryant family are staying busy and looking to the future as the NBA star "would have wanted" but"every day is difficult.

It was also revealed that more than 400 murals have been painted all over the world in Kobe's memory.

Ronald Koeman: Messi scored 18 goals, all the other attacking players scored the same number. He also needs help
President of Atalanta on the refereeing of the match with Real Madrid: It was a shock. The referee is either inadequate, not ready for the Champions League match, or psychologically dependent
Otamendi on Guardiola: A monster. There is nothing better than working with such a coach
Henderson is out until at least April after surgery due to a groin injury
Barca presidential candidate Font on Laporte: The impression that the king is naked, and no one dares to say it
Manchester United still have an Interest in Kunde, but do not want to pay 80 million euros in compensation for the defender of Sevilla
In 2013, the former players of the Russian national team invested more than 200 million rubles in the bank. The money is still not returned
Source https://www.thesun.co.uk/news/13855286/kobe-bryant-crash-teen-lost-mom-dad-sister-grief/

United's player of the year favourite wouldn't get in City's team

Get Saka, Barnes, Mount and Greenwood all to score or assist this Sunday at 25/1 in Betway special

Amanda Staveley loses case against Barclays and emerges with no compensation

Millions on Universal Credit still missing out on Help to Save £1,200 bonus

Cyclist died after crash with van on dual carriageway

WandaVision episode eight: which witch will come out on top?

Prince Philip, 99, to spend second weekend in hospital in longest ever stay

Fight to stop Burton Library being moved to the Market Hall

Through the door of Gogglebox couple's grand £5m home