KHABIB NURMAGOMEDOV has blossomed into one of UFC’s biggest stars in recent years.

However, it's clear Khabib is nowhere near in Conor McGregor's league - still top in all but ONE measure of popularity.

On Khabib - set to take on Justin Gaethje this weekend - White claimed: “He’s one of the biggest stars in the sport.

"He’s broken records on Instagram... I could just rattle off numbers all day.

"He’s by far the No1 most-played character in the video game globally... by a long shot.

“The numbers just go on and on. I could go on for days. The kid’s broken a lot of records.”

But McGregor - set to take on Dustin Poirier in his comeback fight - comes out on top in nearly every measure of popularity. 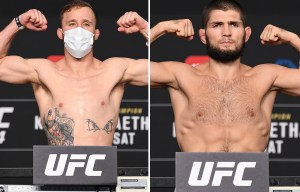 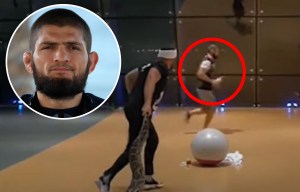 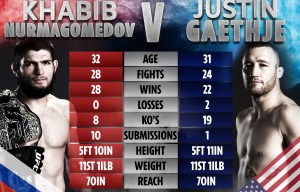 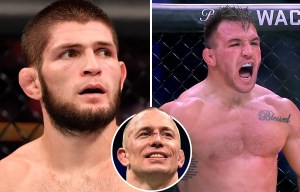 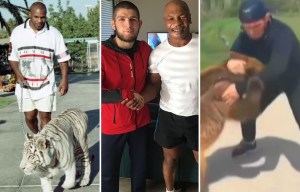 In fact, when you look at all the numbers - as White put it - Khabib only comes out trumps on the video game front.

In every other category, McGregor smashes the Russian MMA star - by a considerable margin, too.

The Irishman has nearly EIGHT TIMES more fans on Twitter too, with 8.3m compared to Kbabib's 1.1m.

The Irish ace has FIVE videos in the UFC channel's top 20, compared to his rival's three.

Notorious also has five of the top ten PPV fights of all time - with Khabib languishing on one... his 2018 clash with McGregor at UFC 229.

In fact, the only category in which Khabib comes out on top is in the form of a video game - with the Russian the most-used fighter.

Khabib may be one of UFC's biggest stars... but he's got a way to go to get ahead of McGregor.

Van Dijk - best Central defender of 2020, Trent-right, Robertson-left (ESPN)
Massimiliano Allegri: Ronaldo is a top player in terms of mentality. He has a new goal every year
Borussia Dortmund presented a collection with Spongebob as part of a deal with Nickelodeon
Woodward on Manchester United and trophies: there is a lot of work Ahead to achieve the stability needed
Neuer - best goaltender in 2020, Alisson-2nd, Oblak-3rd (ESPN)
Liverpool are Interested in 21-year-old Leipzig defender Konate
Niko Kovac: I'm Waiting for Golovin to return. But it might be better to wait another week or two
Source https://www.thesun.co.uk/sport/mma/13004311/conor-mcgregor-ufc-khabib-followers-ppv/