KELLY Osbourne revealed that she turned down seven men who said she was "too fat" before she lost weight.

Kelly told her mom Sharon Osbourne and the other panelists on The Talk on Thursday that she'd been interested in each of them at one point.

The 36-year-old revealed that after she lost six stone – the equivalent of around 84 pounds – all of these men wanted to date her.

"Do you know what it was?" Kelly began. "It was all guys who I had shown interest in before [who wanted to date me].

"So it was all of those people who came back around again, so I was like 'Nah nah.'"

Ozzy Osbourne's daughter lost a significant amount of weight after having a gastric sleeve surgery two years ago.

"All it does is change the shape of your stomach. I got that almost two years ago.

"I will never ever ever lie about it ever. It is the best thing I have ever done."

The outspoken TV personality, who recently showed off her figure in a skintight black birthday dress, celebrated turning 36 with a penis cake.

She's been pictured on a number of dates with 21-year-old TikTok star Griffin Johnson, most recently enjoying a dinner together in West Hollywood.

In 2009, Kelly lost weight while participating in Dancing With The Stars and then became a vegan diet in 2012.

Speaking to the Huffington Post about her food overhaul in 2013, she said: "[It happened] once I learned how to work out right and eat right.

"It’s one of those things that you just have to commit to a life change rather than being on a diet."

Since losing the weight, Kelly admitted that she's been forced to shop in the children's section.

She recently became frustrated on a shopping spree with her pal Daniel Nguyen.

She was recorded wandered around the kids' clothing section in a desperate bid to find something to wear.

"No guys, she's not pregnant, she's just shopping in the kids' section because... snatched," Nguyen quipped in the clip.

"I can't find anything that fits me," Kelly said. 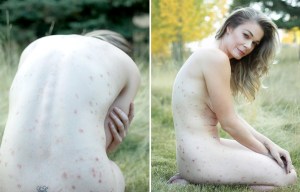 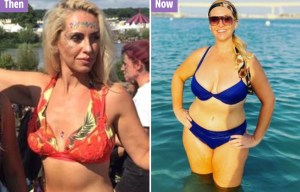 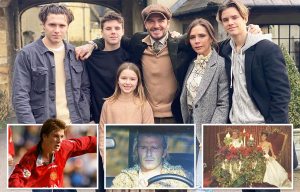 She's has also been open about her struggles with addiction and said that 2019 was a year of "self-growth" for her, albeit a "gut-wrenchingly difficult" one.

"With almost 2 1/2 years of sobriety under my belt I still struggle with confrontation (which was NEVER a problem when I was using)," she wrote in a candid Instagram post back in December 2019.

"Well this all STOPS today. 2020 is going to be the year of me!!! It’s time to put myself first, stop taking on other peoples shit and be the badass sober women I was born to be."

Van Dijk - best Central defender of 2020, Trent-right, Robertson-left (ESPN)
Massimiliano Allegri: Ronaldo is a top player in terms of mentality. He has a new goal every year
Borussia Dortmund presented a collection with Spongebob as part of a deal with Nickelodeon
Woodward on Manchester United and trophies: there is a lot of work Ahead to achieve the stability needed
Neuer - best goaltender in 2020, Alisson-2nd, Oblak-3rd (ESPN)
Liverpool are Interested in 21-year-old Leipzig defender Konate
Niko Kovac: I'm Waiting for Golovin to return. But it might be better to wait another week or two
Source https://www.thesun.co.uk/tvandshowbiz/13061234/kelly-osbourne-men-turned-her-down-weight-fat/

I'm a Celebrity Get Me Out of Here: Burnley born Jordan North finishes second