Early last year, Mr Corbyn and Labour appeared to be riding high in the polls, as the Conservatives and then-Prime Minister Theresa May struggled to secure any form of Brexit deal, with the UK's exit from the EU looking increasingly difficult. Yet, one proposal that Sir Keir suggested ultimately led to Labour's downfall with voters, and split the party on one of the most important issues with the public - Brexit. Robert Peston, writing for ITV last year, explained how Mr Corbyn had numerous decisions on Brexit to make during a National Policy Forum.

At the forum, the party's decision on how to position itself on Brexit was put sharply into focus, with both accepting the 2016 referendum, and campaigning for a second vote on the EU options.

Yet, it was Sir Keir's proposal of backing another referendum that eventually got the nod from Labour members - even if Mr Corbyn himself was reluctant to accept it.

This new referendum that Labour would put to the public, would be held to see if the UK wanted to remain as part of the EU or accept a Brexit deal secured by Mr Corbyn's Government - should he get elected.

Although the plan was unanimously backed by Labour, Mr Corbyn had reservations about it and was still considering ignoring the will of his party. 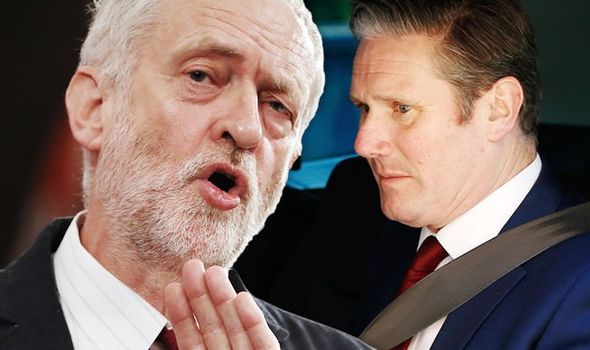 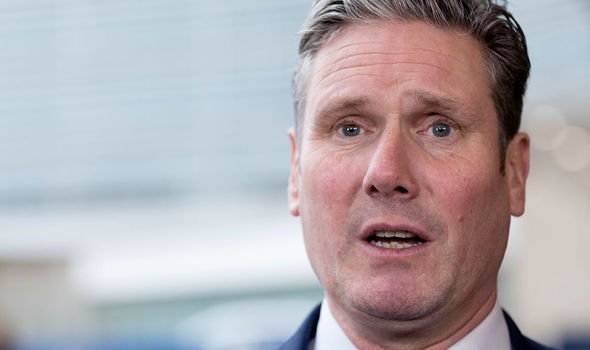 Mr Peston wrote: “My sources say there were no dissenting voices. All Labour MEPs voted in precisely the same unanimous way, for a referendum.

“Labour’s Trade Union Liaison Organisation is likely to inform the party’s ruling NEC that its big union supporters - including Unison, the GMB and USDAW, but obviously not Unite - also want a referendum.

“So it is increasingly hard to see how Labour’s ruling NEC can at its emergency meeting ignore such widespread membership pressure and do anything but adopt a confirmatory referendum as the foundation of its manifesto.

“That said many senior Labour figures tell me they worry Seumas Milne and Jeremy Corbyn will somehow find a way to prevent the party adopting an unambiguous pledge to campaign for a referendum.

JUST IN: Labour-Lib Dem alliance on cards in major warning to Boris Johnson 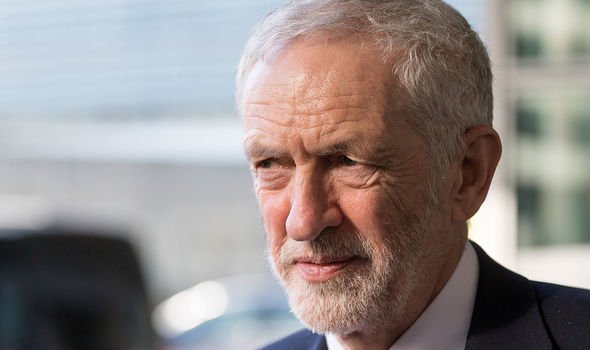 “As one senior Labour said to me: ‘It is a test of whether Jeremy really believes in party democracy’.”

Ultimately, Mr Corbyn would oversee a rapid decline in support for Labour as his Brexit stance appeared at odds with what the public wanted.

In May's elections last year, Labour would go on to lose 10 seats at the European elections, with the party’s share of the vote diminishing by nearly 15 percent.

Up against Prime Minister Boris Johnson's 'Get Brexit Done' slogan, Labour endured one of its worst ever nights in the December general election. 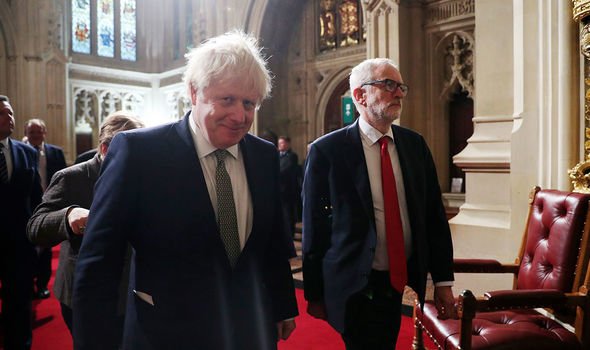 The party would collect the worst number of seats since 1935, while Mr Johnson would secure the Conservatives' largest majority since Margaret Thatcher's third term in office.

Mr Corbyn would stand down as leader, paving the way for Sir Keir to take over as the party's chief.

He took on Corbynista Rebecca Long-Bailey and Wigan MP Lisa Nandy, easily strolling to victory back in April.

After his win, the former Shadow Brexit Secretary opted to offer the pair top positions within the party, but was forced to axe Ms Long-Bailey amid allegations she was spreading antisemetic articles.

Nuno about 0:1 with Sevilla: Disappointment. Wolverhampton conceded too often in the final minutes
Immobile about Newcastle: They called my agent when the sheikhs bought the club
Liverpool are confident they will sign Tiago. The player has already agreed a contract and is pressing Bayern
Our judging = fear and helplessness. Instead of Kaloshin and Kashshai – a soulless system that does not care
Lothar Matteus: Messi is not enough to pass such a Bayern. I am not afraid of Barca
Thomas Tuchel: Mbappe will play Atalanta if nothing happens
Lille acquired 20-year-old forward David from Gent. He is the best sniper of the CONCACAF Cup
Source https://www.express.co.uk/news/uk/1308119/keir-starmer-news-labour-leadership-Jeremy-Corbyn-Brexit-referendum-eu-spt?utm_source=feedburner&utm_medium=feed&utm_campaign=Feed%3A+daily-express-news-showbiz+%28Express+%3A%3A+News+%2F+Showbiz+Feed%29