In a blunt ultimatum to Boris Johnson, the Speaker of the US House of Representatives said she would block a UK-US trade deal if Brexit threatened the Good Friday Agreement. The Good Friday Agreement is an international accord that ensures peace in Northern Ireland. However, the 1998 agreement insists upon a borderless island of Ireland.

Speaking this week at a Chatham House Ms Pelosi warned there would be serious consequences if the Good Friday Agreement was "destroyed" because of Brexit.

She said: "If there is the destruction of the Good Friday accords, they very unlikely to have a UK-US bilateral."

Lord Frost has repeatedly said he is willing to trigger Article 16 of the Northern Ireland Protocol, which allows him to unilaterally suspend aspects of the deal, if the EU refuses to renegotiate aspects of the international treaty. 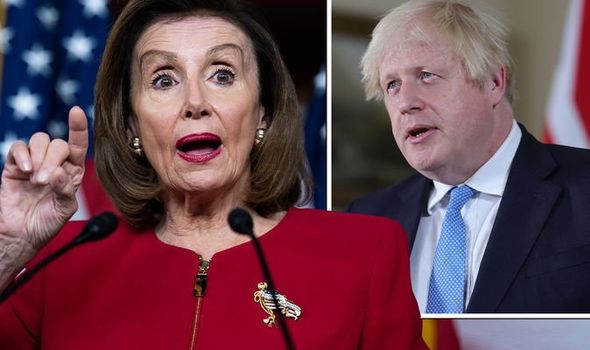 Nancy Pelosi, Speaker of the US House of Representatives (Image: GETTY)

"She is leading America down the drain thanks to her influence over her puppet Biden."

Another reader fumed and, going by the name of 'bigzap', said: "We have been trading with the USA for years now without a trade deal.

"She can keep her nose out of our affairs." 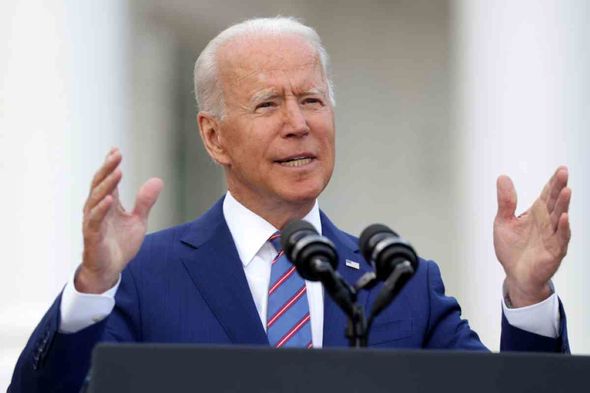 President of the US Joe Biden (Image: GETTY)

Reader 'JimTee007' echoed this view and said: "This has nothing to do with you.

"Keep your nose out!"

This led another Express.co.uk reader to state: "Things falling apart for the Democrats at home. 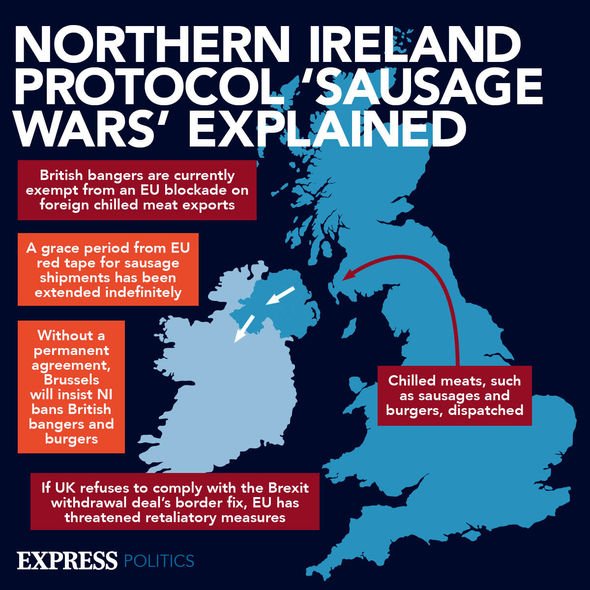 "They do this to try to turn attention away from the mess they have created in the US."

The US concerns over the Northern Ireland Protocol were also reiterated to the Prime Minister personally by Ms Pelosi on Friday night.

After the meeting with Mr Johnson, she said: "Respectful of the will of the British people and Brexit, I reiterated the strong bipartisan support that the Good Friday Accords continue to enjoy in the United States Congress.

"Our hope is that the ongoing negotiations will yield a positive outcome that recognises this landmark agreement."