Britain is set to face snow, rain and potentially gale-force winds this week as Storm Barra moves across the Irish Sea. The Met Office has responded to such conditions by issuing yellow weather warnings across the UK for snow and wind on Tuesday. 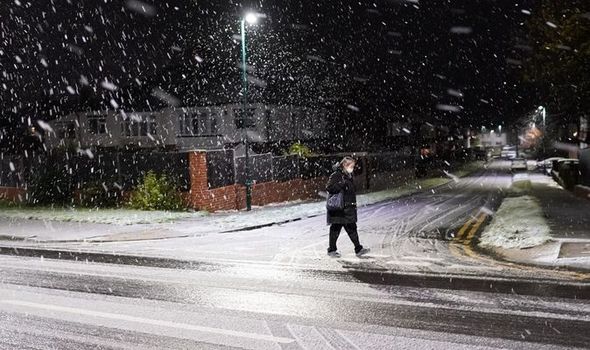 "The worst of the weather will be across Ireland but the UK will also experience some very wet and windy weather through the day on Tuesday."

According to the meteorologist, winds are expected to be around 40 to 50mph.

However, Mr Partridge added: "Around coastal areas, particularly the south and west coasts, we could see 60 or 70mph winds."

Winds could even make temperatures, which are expected to be around 6 to 7C, feel "closer to freezing" following a so-called "wind chill effect".

But some areas could also feel the winter chill on Monday night, with rural places dipping as low as -5C.

JUST IN: How to keep warm without turning on heating 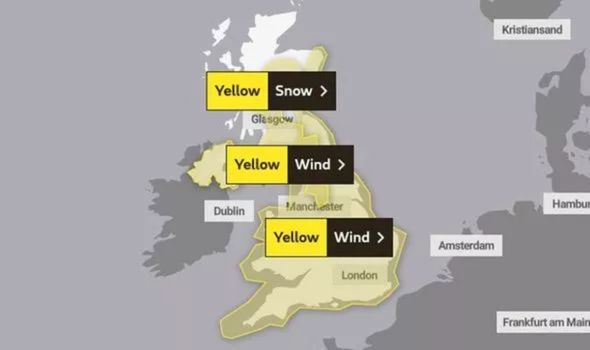 The Met Office spokesman also warned winds could prove disruptive when combined with the snow and rain forecast for Tuesday.

"You'll have very poor visibility with the blowing snow and we will also see the snow drifting so particularly rural roads will see it bank up on the sides of the roads," he said.

"It could cause additional disruption to what it [the snow] otherwise would do."

Following the warning about the "challenging conditions", Mr Partridge advised workers: “If you can work from home, especially in this day and age, on Tuesday that’s probably the day not to go into the office.

“Try to avoid journeys if you can, plan ahead and keep up to date with local forecasts in your area."

Snow is forecast to stretch from the Pennines to the Highlands of Scotland on Tuesday.

READ MORE: Arctic blast takes over Europe as temperatures to plunge to -35C 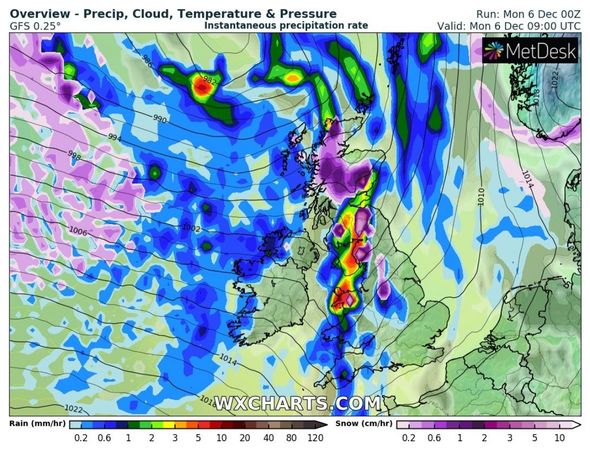 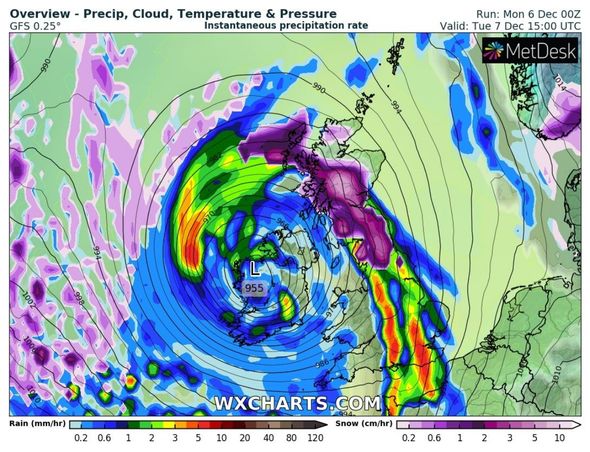 But all of Britain is expected to experience some rainfall.

Mr Partridge said: "The rain is currently looking as if it will push its way north and eastwards across the whole of the country so most people will see a spell of wet weather and winds.

He added: "I don't think there is any part of the country that will avoid the rain on Tuesday."

Difficult weather conditions are also forecast to continue into an "unsettled" Wednesday meaning Brits are advised to look out for further weather warnings later this week.

The Met Office meteorologist told Express.co.uk: "Keep an eye out because I'm sure warnings will change over the next couple of days.

"There will be developments, I'm sure." 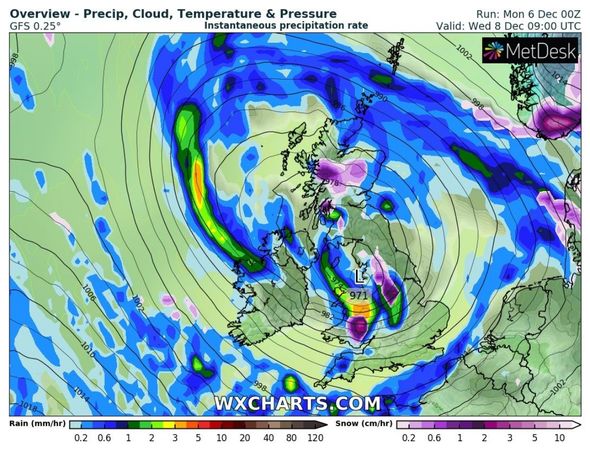 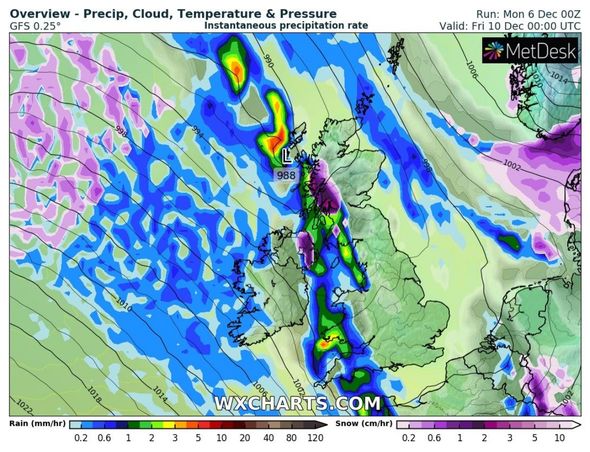 He added: "I wouldn’t be surprised if we see a few more warnings or if the warnings that are out on Tuesday are extended into Wednesday because there are some very strong winds around."

Looking ahead to the end of the week, the Met Office spokesman said: "Towards the end of the week things do quiet down a little bit so by the time we get to there winds are dropping off, temperatures start to recover a little bit as winds come round to a more southwesterly direction and then we are back to weather you expect at this time of year.

"The temperatures are going to be slightly below average and the strength of the winds will be a bit more than we expect at this time of year hence the naming of the storm.

"Thankfully, for most of the UK at least, it won’t be quite as impactful as Storm Arwen was."

Monday could also see a "band of rain and hill snow" across parts of the north of England and Scotland in the morning.

However, this is expected to clear, leaving sunshine and blustery showers for the remainder of today.

I bagged £155 worth of goodies from The Works including board games and Christmas goodies & it only cost me £3.50

Cheltenham on Saturday: Tips and runners for every race including Festival favourite Champ

Car and van crash after ‘trolley dropped onto carriageway’

Police called to reports of a 'stabbing' at Manchester Arndale centre

White House cat: Are the Bidens getting a new pet?

How to get free N95 masks: Face coverings provided by US government starts arriving at stores

Who is Endrick? 15-year-old dubbed 'the next Neymar' linked to Manchester United