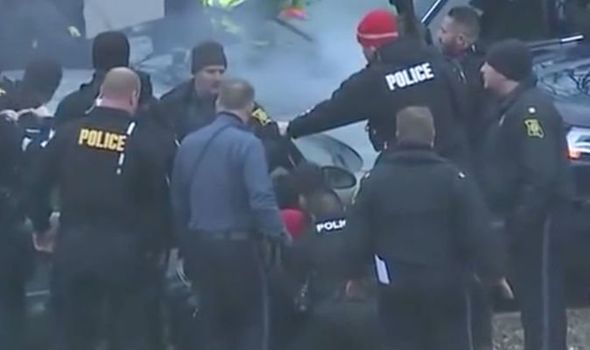 No injuries were reported and two people have been arrested.

The incident happened at around 8.20 am local time on Wednesday at 20th and Pershing.

Multiple videos of the crash have surfaced online due to the packed out route.

The Clay County Sheriff’s office described the event on their Twitter page.

The Tweet read: “A Clay County deputy assisting along the parade route threw stop sticks and successfully deflated two tired on the suspect vehicle during the chase.

“We are glad nobody was injured.