UFC star Kamaru Usman has called out retired MMA legend Georges St-Pierre with the two tied for the most successive welterweight wins.

The Nigerian Nightmare made it 12 victories at the 170lbs limit last weekend as he outpointed Jorge Masvidal at Fight Island to retain his world title.

Attention has now turned to who he will face next, with Gilbert Burns the likely opponent after he was forced to pull out of Saturday's bout against Usman after testing positive for Covid-19.

But Usman, 33, has insisted he has another ideal candidate on his mind - former two-weight world champions St-Pierre.

The 39-year-old hasn't fought in the Octagon since 2017 when he defeated Michael Bisping for the middleweight strap.

And that encounter was GSP's first bout since November 2013 where he ended a four-year hiatus in epic fashion after forcing Bisping into submission in the third round.

But his inactivity isn't a cause for concern for Usman, who has revealed that the Canadian - who regularly shows off his impressive physique on social media - is his dream target.

Asked by TMZ Sports on who he would love to fight next, he said: "Honestly I would have to say George St-Pierre.

KAM AND GET IT

"Right now we’re tied for the record, most consecutive wins in the welterweight division.

“George is a tough guy, George is a legend, George is a guy that’s been around for a while, has put his time in and is considered as one of the best, and that’s where I aim to be.

“George can still do it, he proved it two years ago when he came back, I feel he’s still able to do it.

"I feel he’s still able to come in and be that opponent that people are unsure, like you know what, ‘we don’t know if Usman has got this one,’ and I think that George St-Pierre can be that guy.

“If George wants to do it, George can get it too."

Pressed on how he sees the fight panning out, Usman added: "I think George is one of the first, what I consider, hybrid of the sport, he could do everything well, and it worked for a long-long time. 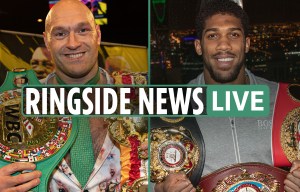 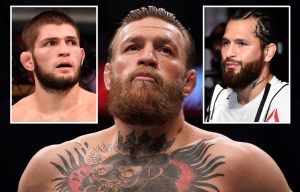 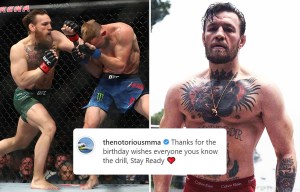 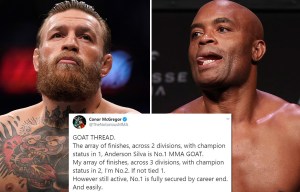 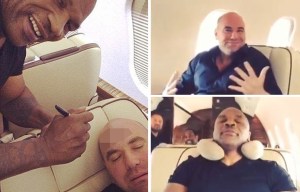 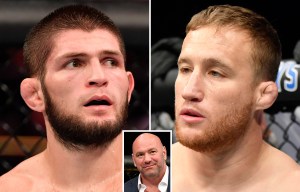 “Not taking anything away from George because obviously his resume proves it. Where you at George, where you at?

“I would love to test myself, I’m a martial artist just like he was a martial artist and if he still has some fire burning in that oven, let’s test it out, let’s go out and see if he can still do it."

Sanchez finished the match against Bayer, despite the injury
Solskjaer is the fifth coach with whom Manchester United reached the semi-finals of the European Cup
Manchester United are set to buy Sancho this summer despite Borussia's claim that he is staying
Shirokov beat the judge at an Amateur tournament: promised that # # # # # [vdarit] for a red card-and # # # # # [vdarit]
Brunu has scored 11 goals in 20 games for Manchester United. 7 of them were penalties
Lukaku has scored in 9 consecutive Europa League games. This is a tournament record
Konstantinos Tsimikas: Liverpool is the biggest club in the world. I supported them as a child
Source https://www.thesun.co.uk/sport/12140504/kamaru-usman-calls-out-ufc-legend-georges-st-pierre-39-with-pair-tied-for-record-of-most-consecutive-wins/

Cannes ‘shooting’ near city hall as ‘hundreds of people flee’

‘Much-loved’ mum, 52, killed in crash between boat and jet ski off the coast of Wales

Has the Lebanese government resigned and is the prime minister stepping down following the Beirut explosion?

First picture of ‘heroic’ mum who drowned trying to save son