JORGE MASVIDAL has revealed he is "devastated" after losing his long-time cornerman for his fight against Kamaru Usman to coronavirus.

The American veteran, 35, is working hard to lose 20lbs for the UFC 251 clash on Fight Island after being called up at the last minute.

Masvidal - replacing Covid-19-stricken Gilbert Burns - said losing Mike Brown "sucks emotionally", as he's been a huge part of his team for so long.

He told ESPN: “It sucked emotionally just because I want him there when I get that belt.

"I needed this individual to be there because he’s a huge part of my career. He’s been there for such a long time.

"We’ve been friends for such a long time as well. It took the air from all of us.

“Every single one of me and my cornermen were devastated by it.

"Thank god, Mike doesn’t have any symptoms, nothing, any cold symptoms or sore throat or nothing. So he’s great right now.”

Despite not having his trainer present on Saturday night, Masvidal - who stopped off in Rome for pizza on his way to Fight Island - remains confident of beating Usman.

Masvidal revealed: “I’m going to baptise his a***.

"That’s a fact. That’s what you can bet on. That’s the secret sauce right there. I’m going to baptise him.

“I’m going to do it in violent fashion and I’m going to separate myself from the pack even more than I have in the past.”

Meanwhile, Brown himself said he was “heartbroken” at not being able to see Masvidal potentially win the world title.

“Nobody deserves it more than this guy. Nobody has paid more dues. 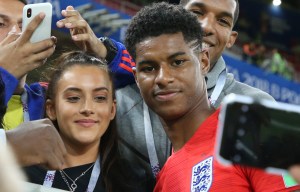 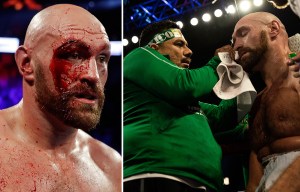 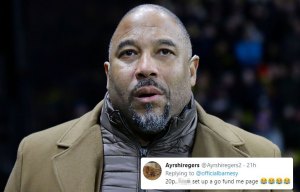 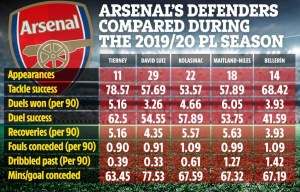 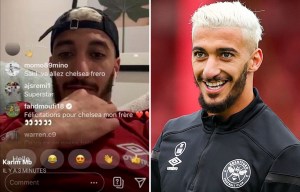 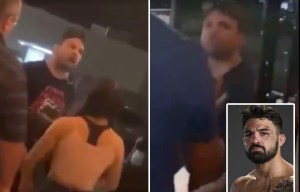 "Jorge is also one of the most thoughtful athletes I’ve ever met. He makes everyone feel they are with him and a huge part of this journey.

“The truth is this guy has been honing his skills for more than 20 years and developed one of the highest fight IQs the sport has ever seen.

"As far as being Covid-19 positive, I feel good. The only pain I feel is in my heart”.

Ferdinand on Barca breeding: Bad. They still rely on old-timers
Inter wants Perisic back, even if Conte remains in the team. Bayern hopes to buy the player for less than 20 million euros
Rudi Garcia on Lyon's chances against city: the quarter-Finals showed that the favourites can also be beaten
CSKA agreed a 5-year contract with Fuchs. The transfer is estimated at 7-10 million euros
Ferdinand on Messi at Barca: Will he want to stay, given the results and the team's performance? Does he have time to wait?
I would not be surprised if Pochettino is appointed in less than 3 days. Ex-Barca winger Carrasco on the club's new coach
Alaba about Mueller: we are Glad that Bayern have such a player
Source https://www.thesun.co.uk/sport/12068643/ufc-jorge-masvidal-cornerman-mike-brown/