JESY Nelson has sent her love to the Little Mix girls after they made history at the Brit Awards 2021 without her.

The 29-year-old star shared a sweet photo of her bandmates proudly posing with their award after scooping Best British Group.

Jesy showed her support by posting a pic of the girls and simply captioned it with a string of heart and clapping emojis.

ITV viewers were left in tears as the band thanked Jesy after they made Brit Awards history.

The talented band - made up of Jade Thirwall, Leigh-Anne Pinnock and Perrie Edwards - fought back tears as they accepted the coveted gong at the O2 Arena.

Pregnant Perrie started: “Guys we have just made history.  I am really emotional.”

Admitting they had to write down their speech because two of them had baby brain, Leigh-Anne said: “We have been together for ten yers, we have been through so much, we have had so much fun.

“We want to thank our amazing fans and of course Jesy.”

In a powerful moment, she continued: "It's not easy being a female in the UK pop industry.

"We have seen white male dominance, misogyny, sexism and lack of diversity.

"We are proud of how we have stuck together, stood our ground and surrounded ourselves with strong women and are now using our voices more than ever."

The moment left their fans very emotional, with one writing:  “When they mentioned Jesy I burst into tears like I’m not even joking #brits”

Another added: “AM CRYING SO MUCH OVER LITTLE MIX SPEECH AND THEY MENTIONED JESY!! MY RECORD BREAKERS! FIRST GIRL GROUP TO WIN BRITISH GROUP AWARD EVER!!”

While someone else wrote: “I love how they thank Jesy, I'm crying”

It was their first Brit win without Jesy, who quit the X Factor-formed girl group in December, saying the high-profile role had "taken a toll" on her mental health.

It was their third Brit in total, after they won best single in 2017 for Shout Out To My Ex and best video in 2019 for Woman Like Me featuring Nicki Minaj.

In comes after Leigh-Anne and Perrie announced surprise pregnancies this month, and the pair joked on stage that they had "baby brains".

Leigh-Anne revealed she was expecting her first child with footballer fiance Andre Gray, sharing photos on Instagram in which she is seen cradling her baby bump.

The next week Perrie announced she and boyfriend Alex Oxlade-Chamberlain, also a footballer, were expecting, writing: "So happy to be on this wild journey with my soulmate."

Little Mix formed on The X Factor in 2011 and have become one of the country's biggest-selling girl bands.

They left Simon Cowell's Syco Music for the RCA label in November 2018. 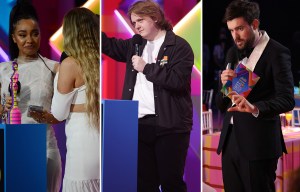 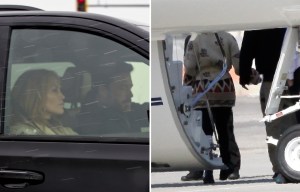 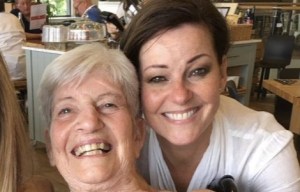 In December Jesy left the group. She had spoken openly about her battle with anxiety and previously revealed in a BBC documentary called Odd One Out that abuse on social media got so bad she attempted to take her own life.

In January, she scored her final number one with Little Mix after single Sweet Melody, from their recent album Confetti, topped the charts.

George Galloway: the ‘maverick’ out to beat Labour in Batley and Spen

People warned over calls from fraudsters pretending to be police

How the UK lost control of Covid-19 cases again