JAMIE Laing has confirmed that he has quit Made In Chelsea to compete on Strictly Come Dancing.

But Jamie is taking a step back from the programme to chase new ventures - including his year-late stint on the BBC One dance competition.

The TV favourite was famously supposed to take part in last year's Strictly before he injured his foot while rehearsing a group dance before the series had begun - forcing him to quit.

He has returned this year, impressing the judges when he opened Saturday's first live show with professional partner Karen Hauer - but it seems to have come at a cost.

In a new interview with Sunday Times Style, Jamie spoke about Made In Chelsea in the past tense - nodding when asked if he'd left.

Insisting that he hadn't ruled out returning to the show at some point in the future, Jamie explained: "I am incredibly loyal towards [production company] Monkey Kingdom and Channel 4; a lot of people talk badly about reality shows and say they were shown in a bad light.

Earlier in the interview, Jamie had said: "I did Made In Chelsea for so long and at the beginning we thought we were famous, we were nothing!" 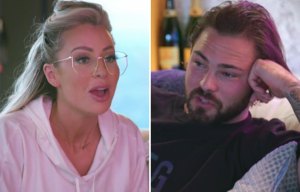 Jamie is a firm favourite among Made In Chelsea viewers, with the McVitie’s biscuit heir keeping viewers entertained for almost a decade with his tumultuous love life and hilarious one-liners.

He was famously involved in an awkward love triangle between Spencer Matthews and Louise Thompson, also being linked to Phoebe Lettice, Tara Keeney, and Lucy Watson - to name a few.

He is currently loved up with Made In Chelsea co-star Sophie Habboo - with Jamie revealing that he plans to propose to Sophie during Strictly's live final if he makes it that far in the competition.

Most recently, Jamie was involved in Sam Thompson and Zara McDermott's high profile split on MIC, with Zara confessing to the star that she'd cheated on Sam while competing on X Factor: Celebrity last year - leaving Jamie stunned.