ITV HAVE confirmed that Caroline Flack's Love Island advert has been pulled from TV after she quit as host.

The 40-year-old star stepped down earlier this week after she was charged with assault following a bust-up at her home with boyfriend Lewis Burton.

The advert for the first ever winter series of the popular dating show was first released earlier this month, with the presenter a key feature.

While the original ad is still on Love Island's official social media, it has been removed from their YouTube.

ITV sources have now told The Sun Online that they will no longer be showing the ad, instead reverting back to an earlier teaser of an aeroplane reflected in a pair of sunglasses with the tagline "Do one, winter".

The more recent trailer had seen Caroline partying with a selection of sexy singles, referencing some jokes from this year's Love Island series - including Tommy Fury's disgusting sandwich, and the infamous 'salmon' jump into the pool.

In the short clip, Caroline said to the camera: "Sorry winter, you're just not our type."

The star was arrested last Thursday after an early-hours altercation with Lewis at her London home.

Sources say tennis player and model Lewis, 27, called 999 himself after a row erupted between the pair.

He was not seriously injured, but The Sun can reveal Caroline later needed hospital treatment after accidentally cutting herself on broken glass during the incident.

Caroline has been bailed and is due to appear at Highbury Corner magistrates’ court on December 23.

Boyfriend Lewis has since defended her, describing her as "loyal and kind".

Explaining her decision to quit her Love Island role, Caroline told The Sun earlier this week: "Love Island has been my world for the last five years, it’s the best show on telly.

"In order to not detract attention from the upcoming series I feel the best thing I can do is to stand down for series six.

"I want to wish the incredible team working on the show a fantastic series in Cape Town."

She also issued a statement on Instagram that read: "There have been a significant number of media reports and allegations in regards to my personal life.

"While matters were not as have been reported, I am committed to cooperating with the appropriate authorities and I can’t comment further on these matters until the legal process is over."

She later added: "And on a really personal level. I have never experienced such kindness and love in my whole life. 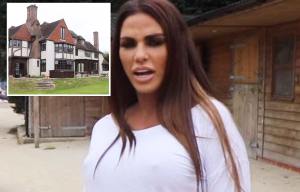 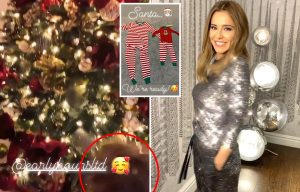 "Not just from friends and family who are always the greatest.. but also from total strangers who send messages to me offering help and understanding.

"Please know that I see them.. and my boyfriend Lewis... I love you x."

Caroline has hosted every series of the ITV2 hit since it returned in 2015.

She was due to helm the first ever winter series in South Africa in the New Year and recently visited the site to shoot promotional scenes for the show.

Laura Whitmore is expected to be announced as the new host of the series, with the Irish beauty's boyfriend, Iain Sterling, the voiceover artist on the show.

Steaua and Serbia's Backa Topola played 6:6 in the Europa League. For the first time in the history of European competitions, both teams scored 5+
B-36, Senderyuske and Kolos from the village of Kovalevka. These teams, unlike Dynamo, reached the next round of the Europa League
💥 A Europa League match in which everything seems crazy: the score is 6:6, a comeback with five, a winning penalty shootout from the debutant goalkeeper
Depay may move to Milan from Lyon as part of a Package deal
Rafael Benitez: The rivalry with Jose was good for the game. Liverpool were able to compete with Chelsea
Liverpool can play Arsenal, Tottenham can play Chelsea in the 4th round of the League Cup
Coach of Lokomotiv Tbilisi: the victory over Dynamo made Georgians proud of us
Source https://www.thesun.co.uk/tvandshowbiz/love-island/10589490/caroline-flack-love-island-advert/

Coronavirus spreads to the elderly in lockdown-hit areas of Wales

How did a 'cocktail of violence' engulf Mozambique’s gemstone El Dorado?

Timo Werner: In Leipzig I was the best I could be, I wanted to try something new

Senior US envoy holds talks in Taiwan amid Chinese drills

Ratched: How to recreate the gorgeous 1940s outfits in the Netflix series

'I was stressed but happy': weddings, Haitian style – a photo essay

Right now, children need a champion. But they are losing one | Polly Toynbee

Emmerdale spoilers: Cain and Moira disown Belle Dingle for not telling them Jamie was responsible for the hit and run

Every word from Sean Dyche on James Tarkowski, transfers and beating Sheffield United

Coronation Street spoilers: Daniel Osbourne steals from Geoff to help pay off Nicky’s debts after sleeping with her

EastEnders spoilers: Isaac accused of taking drugs after Amy Branning develops a crush on him

ADVERTORIAL: Liverpool locations in 1960s and 70s photographs have been identified

Gareth Bale has made Manchester United transfer decision even easier

How does City new boy Ferran Torres compare to Leroy Sane? He answers.

‘As far back as I can remember...’: Goodfellas is still the greatest gangster movie ever made

Ryan Murphy: All 15 of his shows ranked, from Glee to American Horror Story

Coronavirus latest: Here's what you need to know this Friday morning, September 18

Over 10million in UK now in lockdown as national measures considered