AS the world has been celebrating the fall of ISIS, the terror group is reported to be making a comeback.

Recent reports reveal the Islamic State has more fighters than it did when it founded its caliphate in 2014, as well as millions of dollars at its disposal.

"But they've also managed to gain more experience and to recruit more people around them. So they should not be taken lightly."

The Kurdish leader believes ISIS has about 20,000 fighters across Iraq and Syria - double the number than in 2014 when the terror group took over territories in the region.

In March last year the world celebrated the defeat of ISIS in Syria after it was announced the bloodthirsty terror group's final stronghold had been liberated.

And in October the former leader of the terror group, Abu Bakr al-Baghdadi, blew himself up during a raid President Trump ordered.

However, a recent report from the US Defense Department's inspector general said that it's done little to deter the group.

Ongoing tensions between the US and Iran could further aid in the potential for the group's resurgence.

Following the strike, the US suspended anti-ISIS operations in the region.

Yes, they have lost much of their leadership. They have lost many of their capable men ... But they've also managed to gain more experience and to recruit more people around them.

Iraq's parliament subsequently voted to expel all US forces from the country and a protest against the US military's ongoing presence in Iraq ensued.

Barzani added: "This confrontation definitely will have a negative effect on the fight against terrorism and ISIS, which should be the priority for all of us".

Additionally, the same conditions that allowed ISIS to take hold continue to exist.

Terrorism analysts say ISIS is largely regional in nature and believe it is unlikely to be attacking the US homeland anytime soon.

David Sterman, a senior policy analyst for New America, told Business Insider: "ISIS continues to exist in Iraq and Syria, and its long history of resilience and resurgence after supposed defeats including the much-heralded 'surge' suggests that it could well — given the right circumstances — pose an even greater threat in Iraq and Syria, particularly if tensions with Iran prevent coordinated international efforts to suppress it.

"However, it is essential to acknowledge that even when the United States began its counter-ISIS war, and at ISIS' peak territorial holdings, the group did not demonstrate a clear capability to strike the United States homeland." 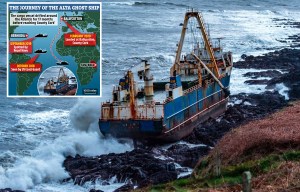 The new leader of ISIS was revealed as Amir Mohammed Abdul Rahman al-Mawli al-Salbi - an Iraqi extremist nicknamed "the Professor."