CORONATION Street fans are hoping Faye Windass will speak out after witnessing her granddad Geoff threatening his ex Elaine during last night’s episode (August 3) shortly before her disappearance.

The episode’s ominous cliffhanger - which ended with Geoff destroying Elaine’s phone - left fans fearing he’d killed her. So will Faye speak out about what she witnessed? Here’s the lowdown...

Faye witnessed Geoff threatening Elaine in an alleyway as she headed to speak to Tim during last night’s episode (August 3) of Corrie.

The episode then ended with an ominous cliffhanger as Geoff was seen destroying Elaine’s phone and chucking her SIM card away.

Official spoilers have revealed that Alya will discover Elaine has vanished and report her as a missing person to the police later this week.

Faye Windass later asks Geoff about his argument with a woman in an alley - but Geoff is quick to insist it was just a random "mad" woman.

Will Faye put two and two together and speak out about what she’s seen?

Corrie are yet to confirm whether Faye takes the plunge and exposes Geoff, but that hasn’t stopped fans hoping she'll secure her granddad's downfall.

One fan tweeted: "Faye saw Geoff with Elaine! What a waste of space!"

Another viewer added: "Faye has seen Geoff harrasing Elaine. I really hope she smells a rat and helps to bring down Geoff. Anna is her mother it runs in the family. Faye will sniff out Geoff and bring him down. Just like Anna did to Phelen #Corrie."

What is Geoff scheming now. Was that his phone battery or Tim's that he put down the gutter. Geoff needs to be pushed back into his box. His scheming needs to be reined in before it all gets out of hand. Faye needs to talk to Alya about what she has seen and heard #Corrie

Faye saw him, did she not? Surely he can't have done anything to her #Corrie

I'm sure if you'd seen your Grandad shouting up a dark ginnel you'd go over to see what was the matter...
But no not Faye 🙄 #corrie

Why hasn’t Faye turned against Geoff yet in Corrie?

Corrie fans will remember that Faye has been supportive of her grandad Geoff right from the start.

When Sally reached a turning point and booted Geoff out of her house, Faye was flabbergasted and was quick to confront Sally and Tim.

When Geoff moved back to No.6 with his tail between his legs, Faye insisted she was moving out and going with him.

Faye’s decision only drove a wedge further in between Sally and Tim, whose marriage is already at breaking point thanks to their different stances on Geoff.

Corrie fans are baffled as to how Faye, much like Tim, hasn’t managed to put two and two together about Geoff’s abuse.

#Corrie ...this week Tim nice but dim and daughter Faye more annoying than grotesque Geoff! 🤬🤬🤬 Sooner they wake up to the truth on dear old grotesque Geoff the better!!!!!!!!!!! pic.twitter.com/MLDpGF7OjM 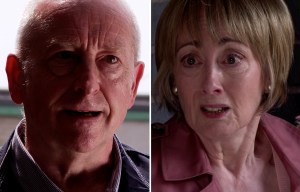 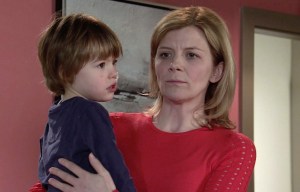 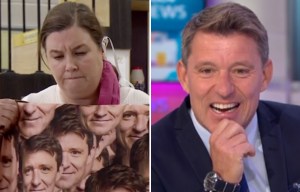 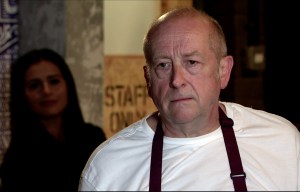 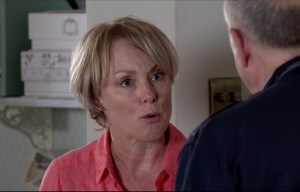 One shocked fan tweeted: "Is evil geoff for real, tim & faye need to wake up."

A third viewer tweeted: "Tim is nice but dim and daughter Faye more annoying than grotesque Geoff! Sooner they wake up to the truth on dear old grotesque Geoff the better!"

Atletico are in talks with Arsenal to buy out Torreira
Kulusevski scored with the sixth touch and the first shot for Juve-this is crucial in the debut victory of coach Pirlo
Real Madrid was the first in La Liga to release 4 players born in the 2000s
Messi says goodbye to Vidal: I always thought you were a phenomenon. Our paths will cross again
Zidane about 0:0 with Sociedad: Real Madrid lost two points. Overall, we played well
Real Madrid have lost points in 1 La Liga game in 5 of the last 8 seasons as Champions
Andrea Pirlo: I don't want to just copy someone's ideas, I have my own
Source https://www.thesun.co.uk/tv/12309969/coronation-street-faye-windass-expose-geoff-elaine/