A GOTHIC art fan is turning his $4million devil castle into a museum after it became overrun by fans and Satan worshippers - but his wife hates it.

Tony Wells, a painting contractor and real estate developer, built the mysterious Castillo Del Diablo in Rosarito, Mexico, from the ground up.

But California-based Tony says the property is now so crammed with quirky antiques it's uninhabitable.

"It's been seven or eight years since I built the house. I tried to build it here in the States, I tried other places but there was no way," he told The Sun.

"So when I looked into Mexico, I said, 'What are the restrictions of what I could build?' And they go, 'What do you mean? We don't have any restrictions.'

"I said, 'Okay, get ready. I'm going to blow your mind'. The whole of Mexico is becoming famous because of my house, it's a beautiful thing for both of us, I think.

"I just wanted to build a place on the beach and I wanted to do something different, like a regular church.

"And then I decided to put a couple of gargoyles in front and people started coming around all of a sudden and taking pictures, I thought, 'I got a hook'. It's something out of the ordinary.

"I took a chance on a really religious area and in the beginning I had a couple of priests come by saying I should be ashamed of myself, and I'm doing the wrong thing.

"But now people love it, and even those who are religious have become my biggest fans. This is something that has never been done."

Exclusive photographs obtained by The Sun show the exterior of the giant six-storey property, while Tony also gave a rare grand tour inside of his bizarre abode.

The home has become a hotspot for tourists with crowds gathering each day outside his house, some even climbing the walls to try and get access, while Satan worshippers often leave him presents.

"My wife and I had a meeting with some big time social media guy because it's getting bad with all these people coming round, trying to climb the walls, trying to get into the house from all sides," he said.

"And a lot of weird devil worshippers, all crazy things like that. I said, 'It's gonna get worse, you know what? This is gonna be a museum.'

"Everybody's screaming outside, 'Let us in. We'll pay you.' So I figured that's the goal. It's so intense inside. I want everybody to see. You don't do this not to be noticed."

Tony, who has other properties across the States and now only spends a week at the devil castle each month, says his wife Brittany hates the home - but he continues to spend money on it.

The 60-year-old joked: "Oh, if she had it her way she'd burn the whole place down. She wants nothing to do with it.

"I have literally crowds outside the front of my house taking pictures and swarming the place at weekends, you can't get in.

"I can't come out of my house when I'm over there. I used to think it was cool, I'd go out there and say hi and take pictures. Now it's just overwhelming.

"I was obsessed with it for such a long time. I still am to be honest with you, I'm so obsessed with what the next move's going to be.

"I've got probably over 800 swords and knives that have all been used in some type of combat or death, about 350 beautiful antique mirrors, and around 40 mannequins."

A horned figure sits atop of the castle, which many believe to be the devil, although Tony says it's actually a mix of Pan from the Greek mythology and himself - while many other devil artefacts fill the home.

Although he says he doesn't believe in Satan, despite having been brought up Catholic, he feels the house may be haunted after spending a night alone in the quirky home.

"I've had several guests at my place who say they've heard things and I've woken up to it, too," he told The Sun.

"There are 40 chandeliers in my master bedroom. And I've woken up several times to two or three of them just swinging back and forth like crazy. There's no breeze coming in. There's no air conditioning.

"I spent one night in that house by myself, I heard kids in the other room laughing. I was freaking out, I stayed up the whole night and said, 'Never again am I sleeping here alone.'

Each year more fans have started to line the streets outside to take photographs of the property on Halloween - causing a headache for Tony and the local police force. 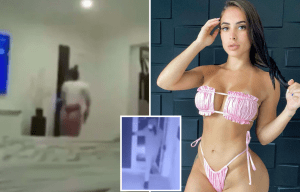 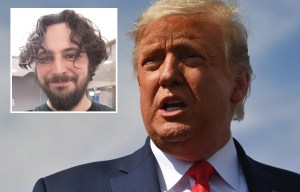 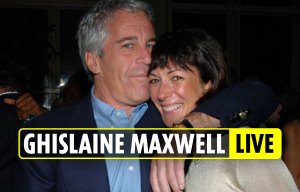 "I stay away from the place on Halloween," he laughed. "Last Halloween, the streets got blocked out and the police were waving the traffic through and they said, 'You better do something about this.'

'They're not upset with me, but it's getting to be a crazy thing. Who knows what's going to happen this year."

Ferguson on Rashford's charity: Fiction for a young man. He should give me some advice
A Preston player who twice touched an opponent's genitals was disqualified for 3 matches for aggressive behavior
Atalanta Director: everything is fine with Miranchuk, there are no symptoms of coronavirus
Kovid mocks the Latvian championship: the team got only 8 people (but still did not finish the match)
Gerard Pique: We all hope that Messi will stay at Barca
Agent of coronavirus from the Beginning: I feel fine. A test is a test
Barcelona has reached an agreement in principle with the players to reduce salaries. The club will save 122 million euros
Source https://www.thesun.co.uk/news/13000339/mexico-haunted-devil-castle-satan-worshippers/