Shocking video from the scene captures the sound of an explosion as smoke and huge flames engulf the facility. The blaze started at the refinery in Balongan, Indramayu Regency, West Java, at 12.45am on Monday (5.45pm GMT Sunday). It is run by state oil firm Pertamina. 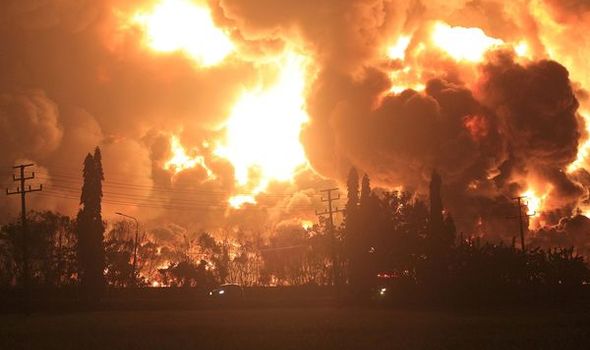 Around 950 nearby residents from the have been evacuated and at least five people have been reported as injured.

The cause of the fire is not yet known.

Pertamina has said it is conducting "oil flow control" to prevent further spread.

In a statement, the firm added:"The cause of the fire is unknown, but during the incident there was heavy rain and lightning.” 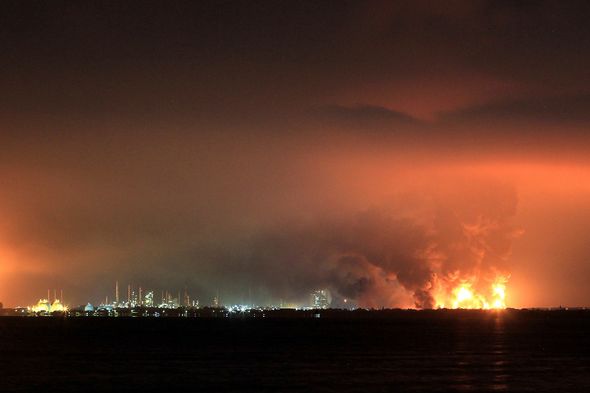 The site is located approximately 124 miles east of the capital Jakarta.