AQUILO – Tom Higham and Ben Fletcher, from Silverdale, Lancs – have made a comeback with EP Sober, having left their label.

Here they tell Jacqui Swift about their return.

HOW have you been coping with lockdown?

Ben: We’re doing all right! Tom’s up in London and I’m down in Dorset with some family.

Your Sober EP is your first release in more than two years. What have you been up to?

Ben: Working on music. We started a side project and moved the studio to France, then the Cotswolds then London only to find the project was us accidentally finding how we wanted new Aquilo stuff to sound.

Tell us about Sober?

Tom: It was one of the first songs we wrote after releasing our last album. We’ve been on a rollercoaster since then, so we put it on the back burner for a good two years. Suppose that’s why we felt it needed releasing first.

Your track Moving On has been compared to Tame Impala – are you fans?

Tom: Yeah, we’ve been fans of Kevin Parker. He continually develops and changes his sound but it’s still so effortlessly him and we really strive for that too. It’s quite a bitter song about a situation one of us had been through and our attitude to it all.

What did you learn from making the first couple of records?

Tom: That moving our studio and surrounding ourselves with different people gives us something else. It’s played a massive part in this new music.

Atmospherics are a big part of your sound. Tell us how you create it?

Tom: Our favourite music is the stuff that takes you away to another place. We spend a lot of time creating sounds, playing with different instruments and effects pedals to get us sounds we haven’t stumbled upon before, it helps with the writing process too.

What touring plans do you have?

Ben: We plan on the live show being better than ever. The new music lends itself well to playing live. We plan on playing in countries we’ve never played.

Your hometown borders the Lake District, how imporrtant is the area to you?

Tom: The lakes probably played a big part in our early creative days together. Where you live plays a part, it’s what you surround yourself with, it all affects the process. We used to think it didn’t but having spent four years in London we can see it now. 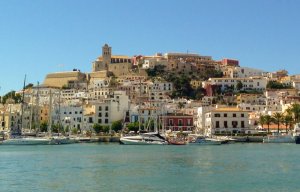 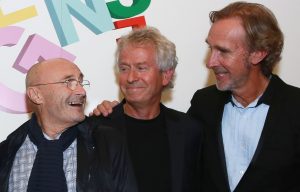 GET 'EM OUT BY FRIDAY

Genesis UK tour 2020 - How to get tickets, dates, venues and more 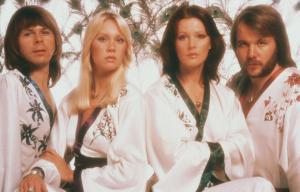 What are ABBA's members doing now and how old were they when they got together? 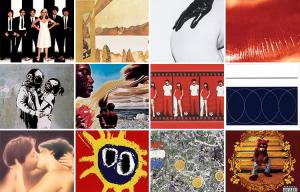 They wear art on their sleeves — but can you identify these top albums?

When isolation is over what are you looking forward to the most as a band?

Ben: Being able to write with each other. It’s probably the longest we’ve been apart in four or five years.

Anything to tell us about album number three?

Tom: It’s a step forwards but we’re still deep into working it out in our heads so we’ll leave that answer until nearer the time!

Angel Di Maria: I'm Glad I didn't move to Barca in 2017. I am happy at PSG
The wife of a Serbian from galaxy called for shooting rioters
Modric on how Mourinho criticised Ronaldo: Cristiano almost cried at half-time
Giorgio Chiellini: I came close to leaving Juve twice: to Real Madrid in 2010 and to Manchester City in 2011
Herrera on Neymar and Mbappe: PSG don't sell stars, they buy them
Enrique on the 2015 Champions League final: Told the team: the Worst thing that can happen is to be a Juve player in a match against Barca
Gladbach shows how the concepts of Cruyff and Guardiola can be applied
Source https://www.thesun.co.uk/tvandshowbiz/11368443/aquilo-on-life-under-lockdown/