I'M A Celebrity stars will face a "transitional shock" that could make them "emotional and sexual" on the ITV show.

The Sun has revealed the full line-up of 12 stars who are preparing to face extreme conditions as they hunker down in haunted Grwych Castle on November 15th.

The 12 brave campmates will be the first ever I'm A Celeb stars to film in the new UK location after the coronavirus pandemic destroyed the annual jaunt to the jungle in Australia.

And they'll be greeted by erratic weather including freezing temperatures and heavy rain in Abergele, North Wales.

Expert Noel McDermott told Mirror Online: "I’m A Celebrity is in a different category psychologically to other reality TV shows, because the guests are celebrities who deliberately court attention in the course of their lives.

"But we and they mustn’t forget they are human beings and as such as vulnerable in their own ways as anyone else."

"Anyone taken out of their normal context and placed into a new and strange one is likely to experience what we call ‘transition shock’.

"This is when our everyday reference points and relationships are suddenly taken away and completely replaced. This is a shocking experience psychologically, something akin to being bereaved."

He added: "It’s why often in the reality TV genre we see a lot of acting out emotionally, sexually etc. in the beginning as participants are overwhelmed by this shock."

Former I'm A Celeb stars who have enjoyed romance on the show include 2004's Katie Price and Peter Andre, 2007's Marc Bannerman and Cerys Matthews, and 2011's Mark Wright and Emily Scott.

However, ITV chiefs have splashed out a fortune on foul-weather gear for this year’s campmates – who include EastEnders stars Shane Richie and Jessica Plummer - to make sure they won't need to use each other for warmth.

They'll all be given thermals and bedding to withstand the freezing temperatures.

Bosses have also taken expert medical advice on how contestants can avoid frost bite and hypothermia in the howling Welsh winter. 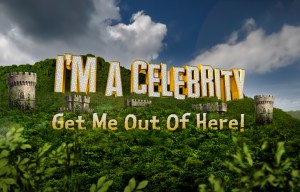 HOME IS MY CASTLE 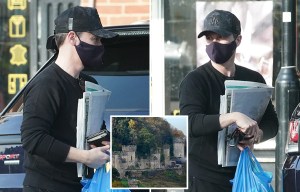 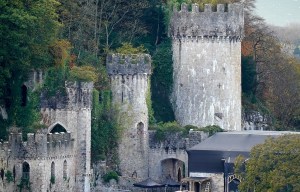 This year’s version of the show promises to be no picnic as the celebs huddle in the ruins of a draughty castle close to the North Wales coast.

TV’s top survivalist Bear Grylls has warned this year's crop of contestants that roughing it in Wales will present the top-rated show's biggest challenge date.

“The bad weather in Wales will be brutal,” said the 46-year-old former SAS serviceman, who's previously run survival academies around Snowdonia.

“You get persistent wind and rain and that makes people cold, fast. Contestants should not underestimate it.”