I’m a Celebrity… Get Me Out Of Here! returned to our screens this weekend with a 20th anniversary season unlike any other.

Yes, it’s that time of year again, but with coronavirus travel restrictions in place, our cast of celebrities haven’t headed out to the Australian jungle to complete their Bushtucker Trials, but instead have shacked up in a castle in Wales.

You can find out everything you need to know about the new season of I’m aCelebrity, including how the show will be filmed in lockdown, here.

This weekend saw the line-up of campmates finally announced after months of speculation, with an impressive cast of soap stars, gold medal winners, and presenters preparing to take on the challenges.

Here’s the full list of I’m a Celebrity… Get Me Out Of Here! contestants and everything you need to know about them...

Javelin thrower Hollie Arnold has been breaking records since the age of 14, when she became the youngest ever field athlete to compete in the Paralympics or Olympics in 2008. Since then, she has gone on to win gold medals in her sport at Paralympic, Commonwealth, World, and European Championship levels. The 26-year-old, who was awarded an MBE in 2017 for services to field athletics, hopes that her appearance on the reality show will inspire others to follow in their dreams, saying: “I don’t want it to be about my disability. Yes, I have a missing arm and I am in the Paralympics but I want to show people nothing stops me and it shouldn’t stop anyone else either.” 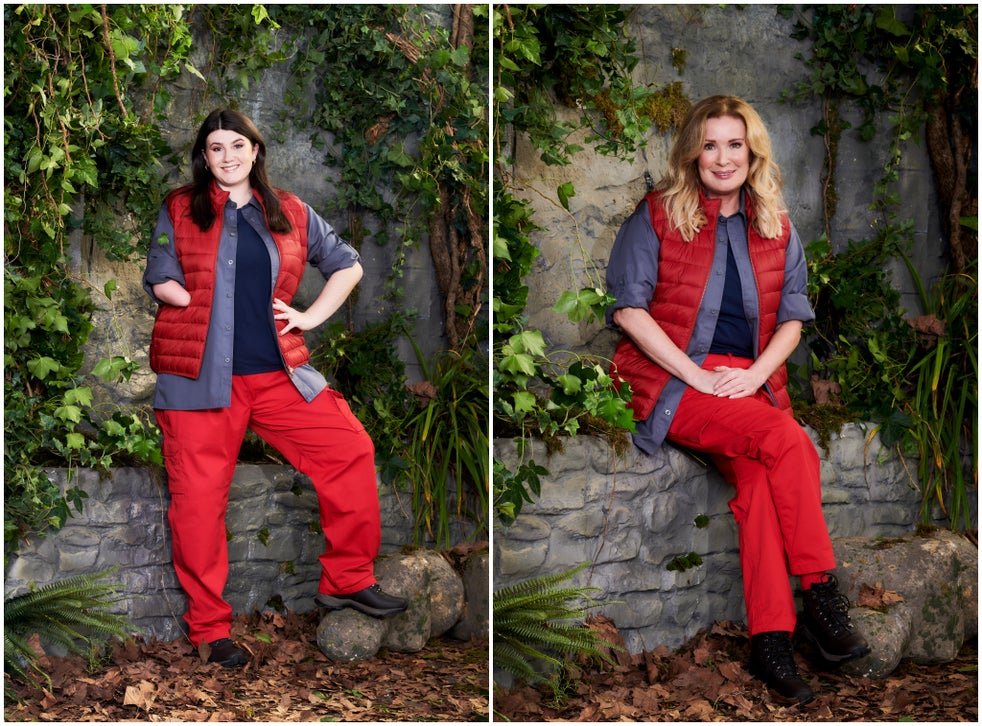 As former Rovers Return landlord Liz McDonald, Coronation Street star Beverley Callard has been a legendary figure on the cobbles for more than 30 years. It’s not Callard’s first time being asked to take part in I’m a Celebrity, but after quitting Corrie earlier in 2020, the 63-year-old says it’s finally her time to take on the challenge. “I felt that after 31 years Liz had run her course,” she said. “Normally, I would have said, ‘Thank you but no thank you’, but this year I decided to go for it.”

Victoria Derbyshire is an award-winning journalist, who hosted her self-titled current affairs programme on BBC Two from April 2015 to March 2020. When the show was cancelled as part of cost-cutting efforts earlier this year, she tweeted that she was “devastated” after learning the news from a newspaper report. Derbyshire, 52, was diagnosed with breast cancer in July 2015 and completed her final stage of chemotherapy the following March: it was this which motivated her to take part in the show. “Because of cancer, I know more than lots of people, life is short. I am now saying ‘yes’ to stuff I wouldn’t have done previously,” she said. “And if I don’t do my boys proud, I will never live it down!”

At the age of 37, Mo Farah is the most decorated track and field athlete in Olympic history. Competing in both the 5000 and 10,000 metre races, Farah is definitely known for his stamina, but admitted that he said yes to I’m a Celebrity as a way of “challenging himself” in a new way. “I know a lot of people will be surprised as they don’t see me in that way [as a contestant on I’m a Celebrity],” he said. “They associate me with running and winning but nothing other than that. And my kids have been on at me too, saying, ‘I can’t see you doing that, Dad’ but I want to give it a go!”

As well as being a best-selling author, Giovanna Fletcher is perhaps best known as the presenter of the Happy Mum, Happy Baby podcast, a show which earlier this year featured Kate Middleton’s first ever podcast interview. Fletcher is married to her childhood sweetheart, McFly’s Tom Fletcher, and the pair have three sons. The 35-year-old says that she’s been given tips by her husband’s bandmate and 2011 I’m a Celebrity champion Dougie Poynter, saying: “He is excited by it. He doesn’t think I am bonkers going in as he knows how much I love doing things like this. I’ve done treks in the past and I know how great lifestyle things like this can be important for mental health.”

TV presenter Vernon Kay is best known as the long-standing presenter of All Star Family Fortunes from 2006 to 2015, as well as hosting other ITV shows such as Beat the Star and Splash!. Married to Strictly Come Dancing host Tess Daly, Kay, 46 says that he agreed to take part in I’m a Celebrity in the hope of doing the couple’s daughters, Phoebe and Amber, proud. “It’s a show they watch on a regular basis and they get behind the people in the camp. I think the fact I am involved in it will make it even more fun for them,” he said.

BBC Radio 1 presenter Jordan North first got into radio while at university, with his student radio show winning a national competition that earned him a weekly spot on The Hits Radio. Since then, he’s worked his way up at Radio 1 and covers presenters such as Nick Grimshaw and Scott Mills. North also presents award-nominated comedy advice podcast Help I Sexted My Boss, which he hosts along with with etiquette expert William Hanson. The 30-year-old said he was convinced to take part by former I’m a Celebrity finalist and his co-presenter Emily Atack, saying: ‘You can’t turn something like this down.”

First finding fame as a singer with girl group Neon Jungle, 28-year-old Jessica Plummers joined EastEnders in 2019 playing Chantelle Atkins. In 2020, she found herself at the centre of one of the most talked-about TV moments of the year, as her character became involved in a domestic violence plot and was eventually killed at the hands of her partner Gray (Toby-Alexander Smith). This plotline was widely praised by domestic abuse charities and fans of the soap, with mother-of-one Plummer saying that she hopes appearing on I’m a Celebrity will allow people to see “more of who I am” rather than just her character.

Dancer AJ Pritchard made his TV debut back in 2013 after he reached the semi-final on Britain’s Got Talent with professional partner Chloe Hewitt. Three years later, he joined Strictly Come Dancing as a new professional dancer, appearing on the show for four seasons during which he placed in the top six every time. Earlier this year, the 26-year-old quit Strictly to pursue a presenting career, saying that doing I’m a Celebrity is a real “childhood dream come true”. “I was so excited to watch the return of Strictly this Autumn but now I am going to be on an even better show,” he said.

Best known for playing Alfie Moon in EastEnders from 2002 to 2019, Shane Richie is also a firm favourite of the pantomime season. The 56-year-old says that he’s been asked to do I’m a Celebrity many times, but finally took up the offer for the 20th anniversary show after the pandemic put a stop to his other work and left him “literally skint”. “Thankfully I’ve been able to borrow money from mates, my family and the bank and my wife is now very happy we can finally pay off the credit card,” he said.

The first of two latecomers to the camp, musical theatre performer Ruthie Henshall will be joining I’m a Celebrity during Wednesday night’s (18 November) show for the Stage Fright challenge. Throughout her career in the West End, 53-year-old Henshall has been nominated for five Olivier Awards. She is also known for previously dating Prince Edward, the Queen’s youngest son.

Joining Henshall as a new campmate is classical singer Russell Watson. The tenor, 53, rose to fame in 1999 after singing at the Rugby League Challenge Cup final and the Uefa Champion’s League final and has gone on to release 13 studio albums. From 2006 to 2008, he underwent multiple surgeries to remove a tumour on his brain and returned to music in 2008 after finishing radiotherapy. Speaking about entering the jungle, Watson has revealed that he’s a bit of a “clown” and “one of the most competitive human beings you will ever meet”.

I’m a Celebrity… Get Me Out Of Here! airs nightly at 9pm on ITV

Brother Chalova moved to the Serbian Subotica
Barcelona will not sign Garcia in the winter due to financial problems
Rodgers on the draw with Everton: It was unlucky that Leicester did not score the second goal
Ancelotti on 1-1 with Leicester: I don't remember Hames scoring with a right before
Andrea Pirlo: In my 1st season at Juve, we were behind Milan, but we took the title. Everything depends on us
The judge made two mistakes. De Gea was pushed and there was no foul on our cancelled-out goal. Solskjaer on the loss to Sheffield
Maguire on the defeat to Sheffield Wednesday: We gave the opponent two goals, we didn't play at the level we expected
Source https://www.independent.co.uk/arts-entertainment/tv/im-a-celebrity-2020/im-a-celebrity-2020-cast-line-up-b1760534.html